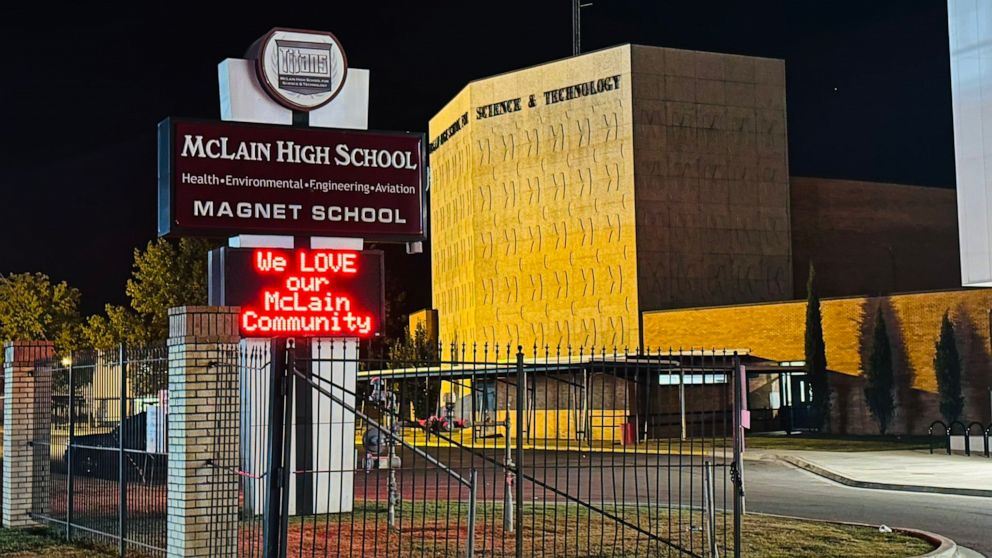 A shooting at a high school homecoming football game has left one teenager dead and another one in critical condition with the suspect still at large.

The incident occurred just before 10 p.m. at McLain High School in Tulsa, Oklahoma, when the Tulsa Police Department was alerted to a shooting during McLain’s homecoming football game in front of a crowd of hundreds against Miami High School.

Officers found two teenage victims suffering from gunshot wounds when they arrived on site. One 17-year-old male was pronounced dead at the scene of the crime. The other 17-year-old victim was immediately taken to a local hospital and listed in critical condition but has since improved to stable condition, according to a statement from the Tulsa Police Department.

“Dozens of officers converged in the area assisting with crowd control and looking for the suspect,” said the Tulsa Police Department. “Our K-9 unit and several officers scoured the nearby neighborhoods as we believe the suspect took off on foot. Unfortunately, the trail went cold.”

The shooting reportedly happened near the high school’s tennis court area and not at the actual homecoming game, according to KTUL, ABC News’ Tulsa affiliate.

Police say that the suspect is still at large believed to be armed and dangerous. Currently, the only description they have of the alleged shooter at this time is that he is a 17-year-old Black male, police say.

In a Tulsa Police Department briefing following the shooting, Capt. Richard Meulenberg said this was just one of four homicides in Tulsa on Friday alone. He also confirmed that they have surveillance camera footage of the shooting but that authorities are not yet sure if either of the victims are students at McLain High School

“Homicide detectives are actively working this case,” said the Tulsa Police Department. “We hope that of the hundreds of people here, some will come forward and help with this investigation.”