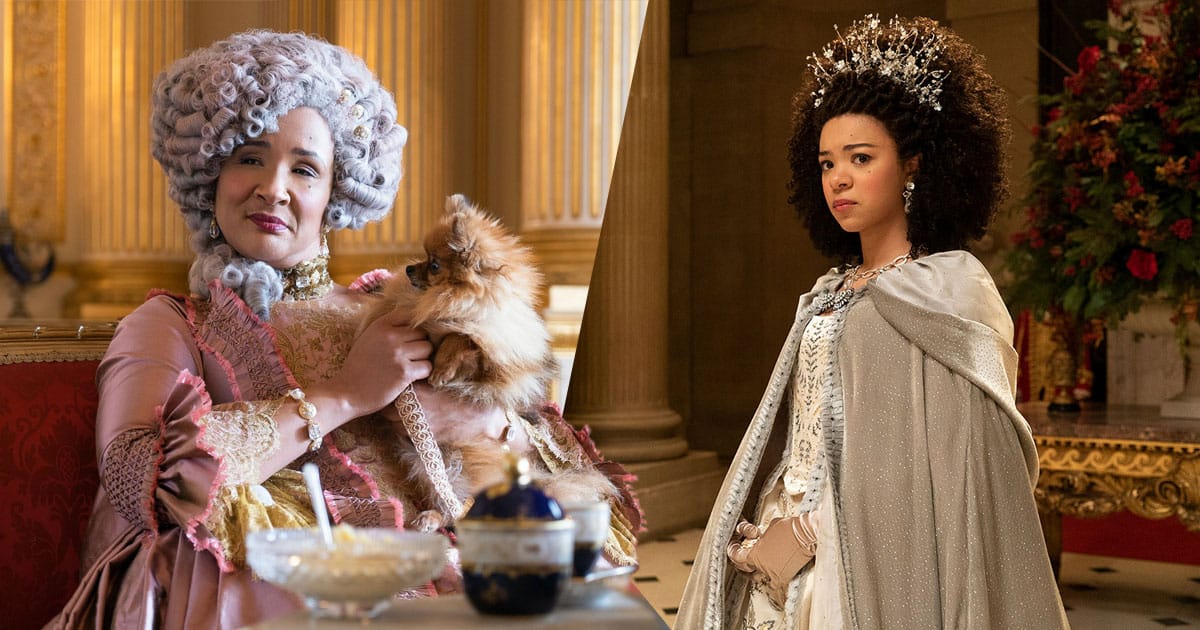 It’s good to be the Queen! Especially if that position of influence gives you a Bridgerton spin-off about your rise to power. Thanks to Entertainment Weekly, our first look at India Amarteifio as young Queen Charlotte for Netflix‘s upcoming Bridgerton series, Queen Charlotte: A Bridgerton Story.

According to the show’s official plot description, Queen Charlotte: A Bridgerton Story chronicles “how the young Queen’s marriage to King George sparked both a great love story and a societal shift, creating the world of the Ton inherited by the characters in Bridgerton,”

Shonda Rhimes is leading the creative charge behind Queen Charlotte: A Brisdgerton Story and serves as the show’s writer and showrunner. Since she arrived, fans of the original Bridgerton fell fancy headdresses over heels for Rosheuvel’s Queen. Commanding, influential, and perhaps not as strict as she appears, Queen Charlotte is obsessed with discovering the identity of Lady Whistledown, the most respected gossip columnist in the territory. Queen Charlotte is the center of attention when she’s not searching for clues, loves her snuff, and throws the most swinging parties. To love her is your duty; to cross her is your demise.

Rosheuvel is excited to give the keys to the kingdom to Amarteifio, who is sure to become a famous character in Bridgerton fan-fiction in the future if she’s not already. I have no idea. I draw the line at thoroughly enjoying the Netflix series. What? Don’t you believe me? Bah! Find yourself some cake and eat it.