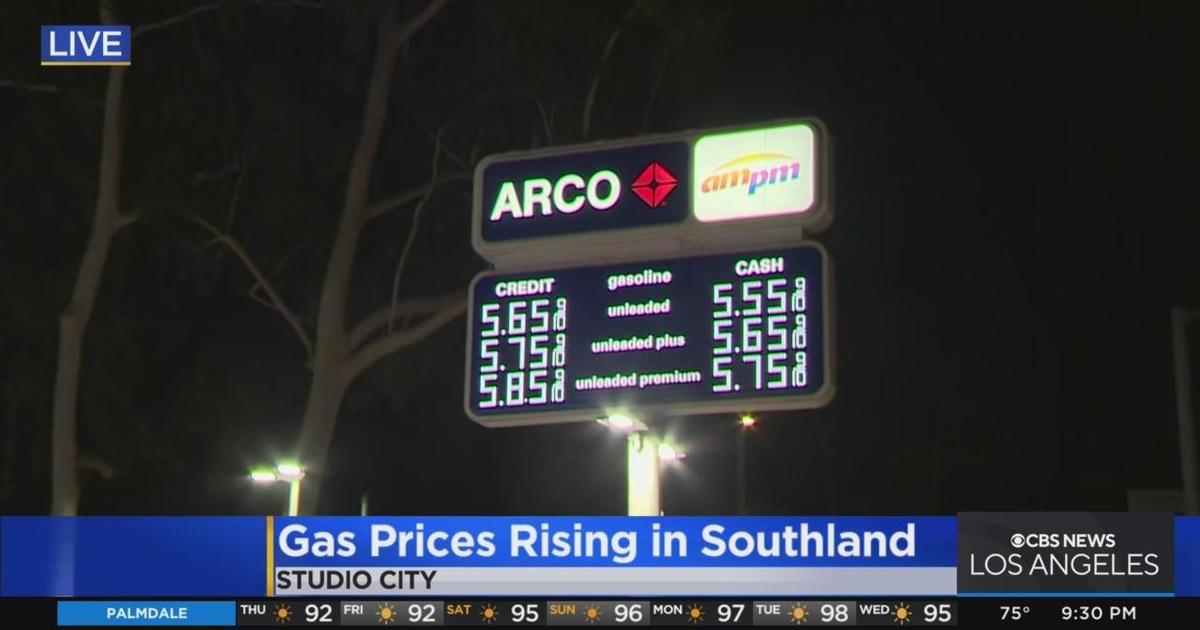 After weeks of decline, the pain at the pump appears to have returned for Southern California residents with gasoline prices climbing for 20 consecutive days.

In just the last week, Los Angeles residents were subjected to a 17 cent increase on average, leaving many looking for relief.

“I just don’t see it getting any better,” said Marlon Osorto, one driver forced to fill up despite the increased price. “They need to do something about it quick.”

The rising prices began in early September, putting an end to prices that had decreased in 78 of 80 days earlier this summer.

“Between rent and food and all this, it’s hard. It’s hard right now,” said Pedram Davoodian, another driver filling up gas at an Arco station in Studio City on Thursday.

Experts don’t expect prices to fall for several weeks, citing unplanned maintenance at local refineries, waiting for the shipments to arrive from overseas. AAA also noted that west coast gasoline inventories are at their lowest level in more than a decade.

“When our refineries are having an issue, like some type of unplanned maintenance that has to happen, then we have to wait for that product to come from overseas,” said Doug Shupe,  Corporate Communications and Programs Manager with AAA. “It causes these pump prices to increase. Globally, crude oil prices are also facing a lot of pressure right now.”

He said that the ongoing war in Ukraine, Hurricane season and economic concerns are amongst the other factors affecting the increase in price. He did however say that some relief should be on the way, as refineries switch from the summer to winter blend of gasoline distributed in California beginning in November.

“That winter blend fuel is cheaper to produce than the summer blend fuel, typically 15 to 20 cents per gallon less,” he said.

AAA advises drivers hoping to make the most out of their gasoline to stay on top of regularly scheduled car maintenance, make sure tires are properly inflated and maintain the speed limit while driving, especially on freeways.