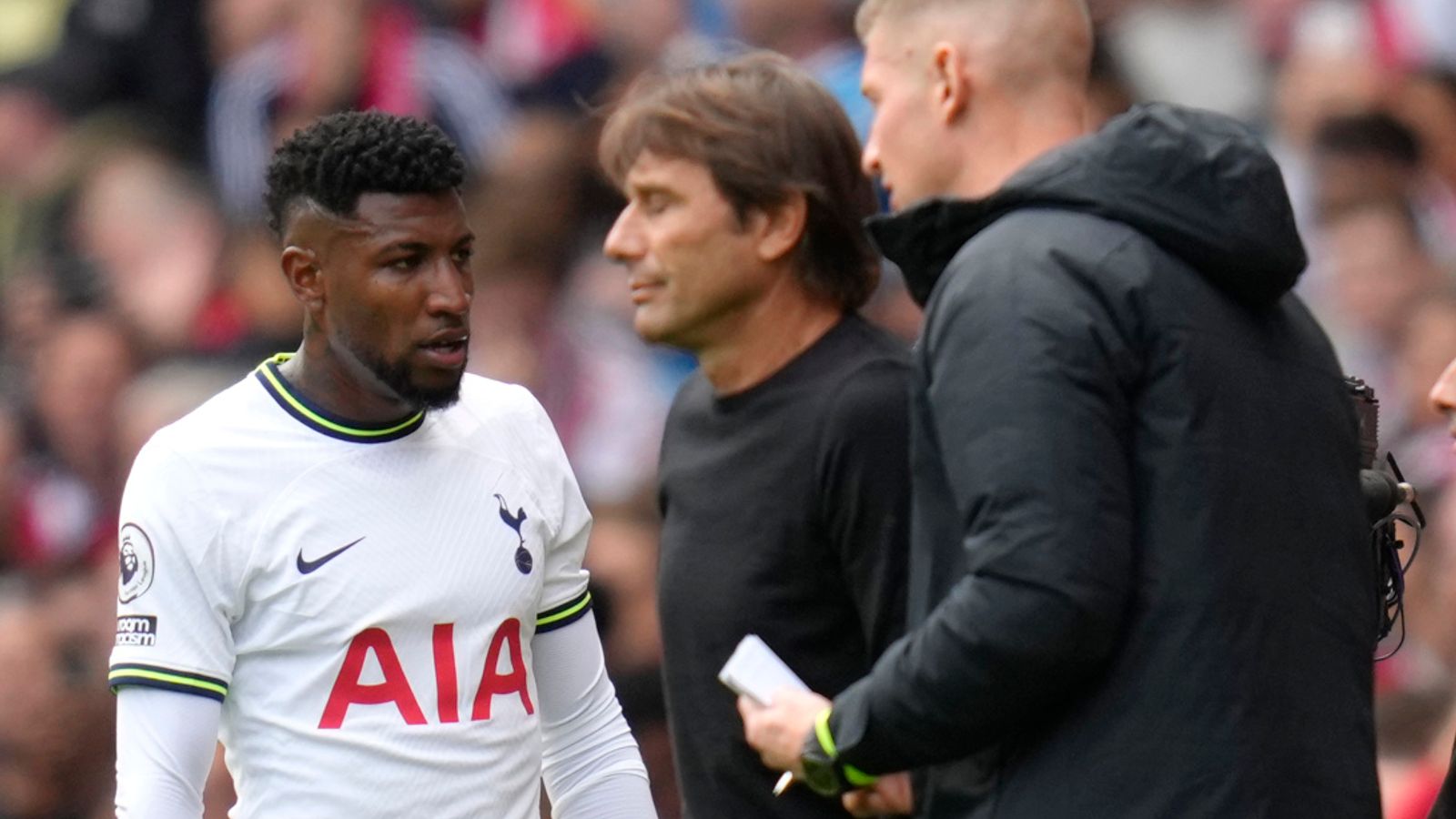 Antonio Conte was heavily critical of VAR after Emerson Royal was sent off in Tottenham’s 3-1 loss at Arsenal – with the Spurs coach demanding that the video officiating in England be more like Italy.

With Spurs losing 2-1 to Arsenal after Gabriel Jesus had nudged the Gunners in front early in the second half, Emerson was shown a straight red card by on-pitch referee Anthony Taylor for a high challenge on Gabriel Martinelli’s ankle.

VAR Jared Gillett briefly checked the decision and agreed with Taylor’s call, leaving Conte bemused on the Emirates Stadium touchline. The Italian coach chose not to comment on Taylor’s original call but did imply that VAR in this country is not up to standard after the game.

“In England, I have to be honest, it’s very difficult because they don’t have the same line [threshold],” said Conte in his post-match press conference. “Sometimes you see situations that could be a red card instead, or instead a yellow card or no yellow card. They have to work a lot about this.

“In Italy, our referees, on Thursday they stay together, to work with the video to try to improve. I don’t know if they do this in England, but I think it’s a good idea.

“The level is so high and the VAR has to be a high level. For this reason, every part of this decision has to be top.”

Tottenham were in the game at the point of Emerson’s red card, despite trailing to the Gunners at the time. Earlier, Harry Kane’s first-half penalty had cancelled out Thomas Partey’s wonder strike.

Conte said the decision to send Emerson off changed things – not due to having a man disadvantage, but because of the fact that the Italian could not change his attacking team in time before Arsenal’s third.

“In this period, they scored the third goal. It was really difficult – the red card killed the game,” added Conte.

“Not because we remained with 10 men, it was a really offensive team and it took four to five minutes to make the substitutions. It made it difficult to defend.”

However, Conte said his biggest area of complaint was due to his team’s lack of an efficient final ball after getting into good areas.

“If I had to complain, it was for the first half,” Conte said. “We felt the possibility to win the game and we had a lot of chances to exploit much better the situations.

“Every time we overcame the pressure we had a lot of spaces every time. We made a mistake in the last passes. For this reason, the game was imbalanced. The second half we conceded the second goal.

“We could have done much better but in every situation in every goal, but you could do much better there. After a few minutes, the red card killed the game totally. End of the game.”

Mikel Arteta, meanwhile, hailed Gabriel Jesus for taking Arsenal to a “different level” after the Brazilian scored his fifth Premier League goal of the season to cap another eye-catching individual performance.

“Again, his winning mentality, the way he trains every day, the confidence he brings to the team, he has taken us to a different level,” Arteta told BT Sport.

The Arsenal manager also credited the club’s supporters for helping generate a raucous atmosphere inside the Emirates Stadium as the Gunners secured a seventh win from eight games this season.

“They were phenomenal,” he said. “From the beginning, we went for it. With amazing support, we created a great energy in the stadium and we deserved to win the game.

“We were free, we were courageous, brave and we went for it. This is what we demand the players to do.

“You could feel the connection with the players, the staff and the crowd. I am so happy because it was a beautiful game, a beautiful day, and we’ve made our supporters very happy.”