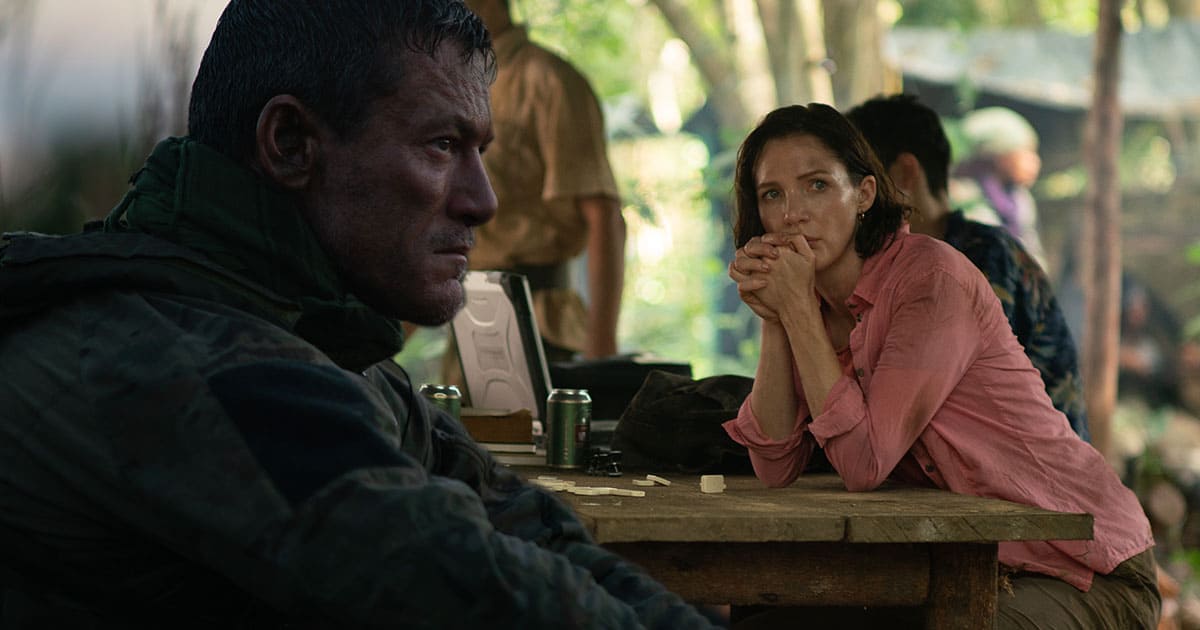 Echo 3 is an action-packed thriller set in South America that follows Amber Chesborough (Collins), a brilliant young scientist who is the emotional heart of a small American family. When Amber goes missing along the Colombia-Venezuela border, her brother, Bambi (Evans), and her husband, Prince (Huisman) – two men with deep military experience and complicated pasts – struggle to find her in a layered personal drama set against the explosive backdrop of a secret war,” says the official description. Echo 3 also stars Martina Gusman as “Violetta,” a prominent political columnist. The series features James Udom, Maria Del Rosario, Alejandro Furth, Juan Pablo Raba, and special guest star Bradley Whitford. Echo 3 is based on the award-winning series “When Heroes Fly,” created by Omri Givon and inspired by the novel by Amir Gutfreund.

In addition to sharing the series premiere date, Apple TV+ posted a gallery of first-look images for the series:

“I’m honoured to collaborate with the team at AppleTV+ who gave me the opportunity to make the series I wanted to make – one that feels big and purposeful and refuses to stay in any lane,” Boal said. “This is a black-ops thriller and tale of international intrigue, set in Colombia, a country I had known only from afar and immediately fell in love with.”

With films like Zero Dark Thirty, Triple Frontier, and The Hurt Locker to his name, Boal is a proven strategist regarding action thrillers. It will be interesting to see what he achieves with Apple TV+’s episodic format, with an outstanding cast to back him up. Let’s go!