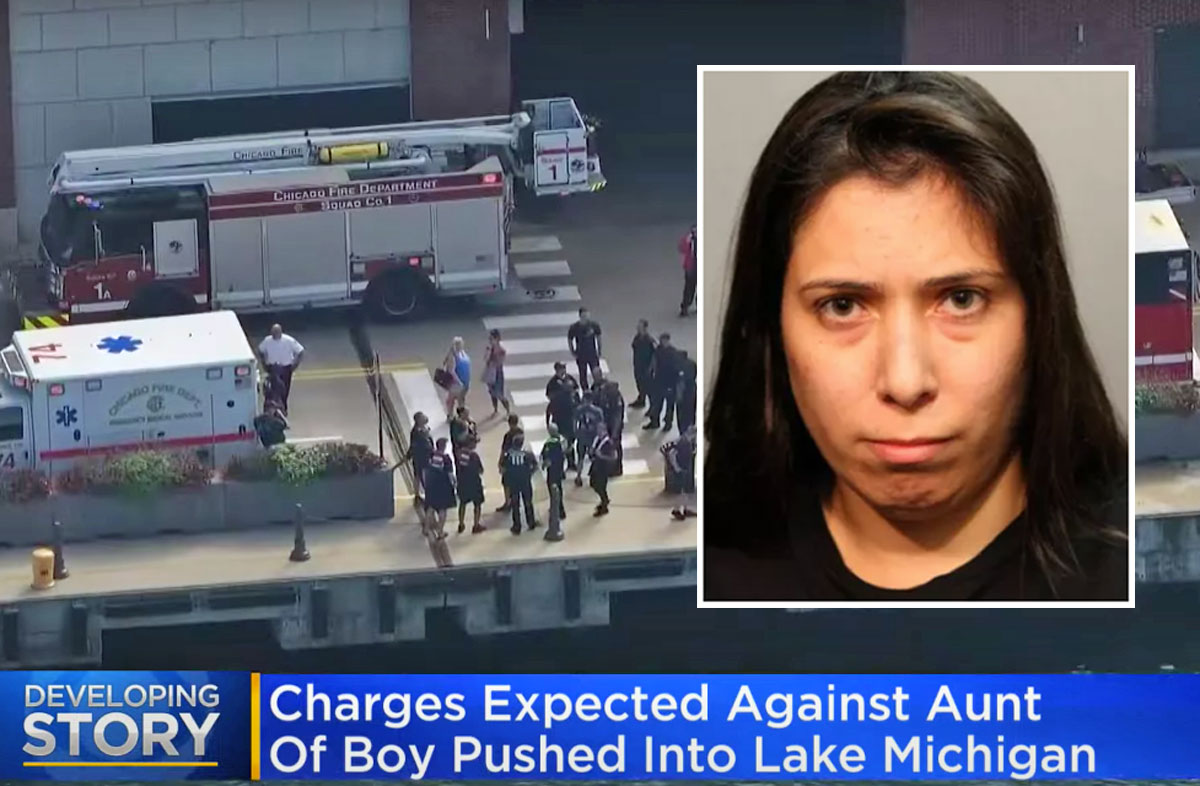 A woman allegedly pushed her 3-year-old nephew off of a pier in Chicago and watched him struggle as he sank below the surface.

According to Chicago-Sun Times, Victoria Moreno (pictured above) was at a family home in Des Plaines on Monday when she allegedly lead the little boy out to a family member’s truck. It’s claimed she stole the vehicle and drove off with the toddler to Lake Michigan, where she let him crawl along the Navy Pier.

She reportedly pulled him from the edge of the pier when people were nearby, but when she was left alone with the child and no one was watching, she allegedly pushed him off of the pier with both hands. It’s alleged she then stood back and watched as the 3-year-old thrashed and struggled, eventually disappearing below the surface of the water.

Nope, can’t think of much more evil than that…

The Chicago Police Department did recover the toddler, but it had been a full 30 minutes before they were able to. He went into cardiac arrest multiple times, had multiple seizures, and is currently in “critical condition”. He’s suffering from brain swelling and is awaiting a heart transplant.

Heartbreakingly, he’s not expected to survive. So, so sad…

Assistant State’s Attorney Lorraine Scaduto said during court on Thursday the 34-year-old didn’t try to get help or help the boy herself:

“Not once during any of these events did the defendant scream for help, call for help, ask for help or try herself to help.”

And even more disturbingly, she pretended to not know anything about what was going on!

“When the police arrived, the defendant pretended not to know anything about the child.”

This may be easily proven as false in court, though, as the Chicago-Sun Times says police have surveillance footage of the woman committing the heinous act. Moreno also allegedly told law enforcement herself she “let him fall” off of the pier.

And that’s not all — per reports, she had apparently exhibited more disturbing behavior around the same pier with her family a week prior! According to Book Club Chicago, she had taken the same boy and two of her nieces to the pier, but the oldest niece, who is 11, was so scared by her aunt’s behavior she called for someone to come pick her up. So scary…

Related: Grandmother Found Not Guilty After Killing Husband By Stabbing Him 89 Times

On Wednesday, the suspect was charged with attempted first-degree murder and aggravated battery to a child under the age of 13 causing permanent disability, but if the boy passes it will escalate. Her public defender, Patrick Shine, asked the judge to release her on bail in court on Thursday citing she struggles with “severe mental health” issues. He says she suffered a psychotic break and needed to be released to undergo treatment.

The judge, Susanna Ortiz, disagreed with this. She denied Moreno bail and said she was a “danger” to the public:

“The way I can describe this act is that it was intentionally brutal and heinous, and it was an act indicative of wanton cruelty to push a child into the lake and let them suffer and struggle and provide no assistance whatsoever. The inability to control one’s thoughts and impulses makes them as equal a danger to the community as someone who may be acting with the sheer intent of committing bad acts.”

Victoria will appear in court again on September 30. The boy’s grandfather, Dan Brown, is asking for thoughts and prayers at this time via WLS-TV:

Such a sad and horrifying situation. We’re sending love and light to the unnamed boy and his family. We hope they get the justice they deserve.