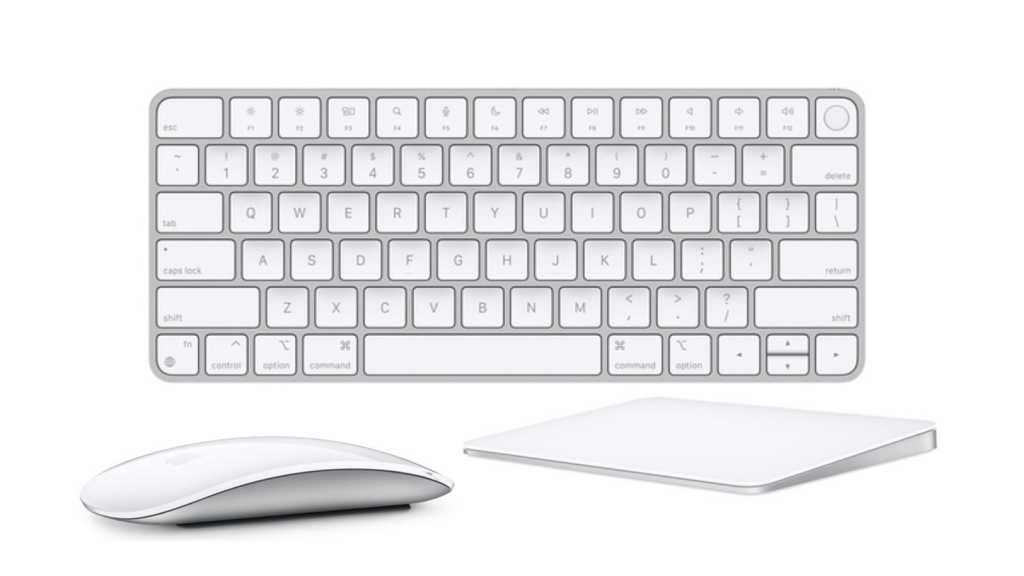 Apple doesn’t just make Macs, iPhones, iPads, AirPods, HomePods and so on. The company also makes excellent accessories, including the Apple Pencil (a stylus for the iPad), Magic Keyboard, Magic Mouse, Magic Trackpad, and much more.

These are all great products, but what if you don’t want to pay full price? Luckily there are various resellers that are discounting them. So if you want to buy an Apple Pencil, Magic Keyboard, Magic Mouse, Magic Trackpad, or one of the Smart Keyboards for the iPad, you have come to the right place.

If you want to buy a new Apple keyboard, mouse, trackpad or any other peripheral, there are plenty of deals to be had:

You can still buy the older Apple Magic Keyboard without Touch ID.

The model with the numeric keypad costs $129 from Apple and £129 from Apple. Good deals from other resellers will appear below.

The non-Touch ID, non-numeric keypad version of the Magic Keyboard is still available. It costs $99 from Apple US and £99 from Apple UK.

If you have a Mac laptop you will be familiar with the trackpad that interprets various gestures and swipes to move around the desktop, zoom in and out of images, and turn pages. You can buy a separate Magic Trackpad to use with a desktop Mac (or a MacBook if you prefer).

In August 2021,Apple launched a new Magic TrackPad (which now has a white touch-sensitive surface rather than aluminum). Apple now includes a USB-C to Lightning cable with both products (previously it was a USB-A plug).

There’s also a black version of the Magic Trackpad available. It usually costs $149 or £149.

The Magic Mouse is now in its third generation. It is a multi-touch mouse that also responds to gestures, such as swipes on the top of its body. It is also possible to set up a Magic Mouse to respond to a ‘right-click’ (although this isn’t the default). Like the Magic Trackpad, the 2021 Magic Mouse now features a USB-C to Lightning cable (previously it had a USB-A plug).

The first-generation Apple Pencil was announced back in September 2015, but it’s still on sale now as it still works with the 9th- and 10th-gen iPad models. It normally costs $99 from Apple US and £109 from Apple UK (was £89).

Check the table below for the best deals right now. Normally $99/£119.