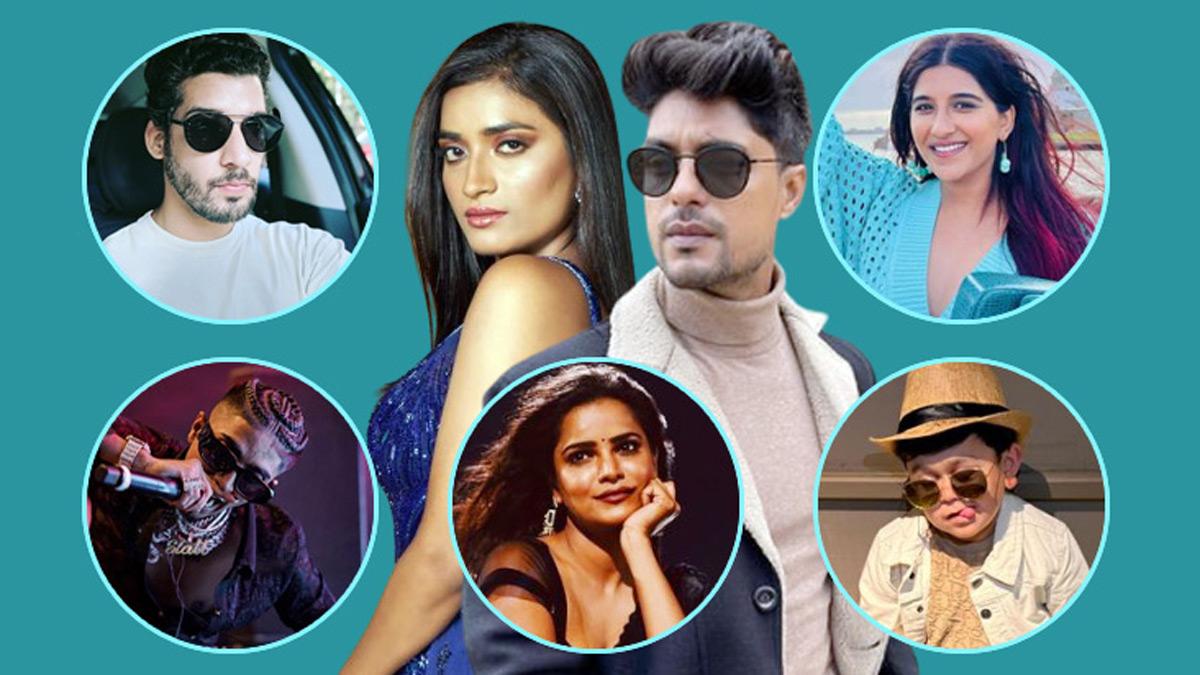 Bollywood star Salman Khan-hosted reality show ‘Bigg Boss’ in its 16th season will see a new set of celebrity contestants. This season’s contestants – including many TV stars, along with one infamous Bollywood director, a folk singer, along with a former Miss India – will stay in the extravagant house styled as a vintage circus.

The reality show’s final 14 contestants have already entered the house and the shooting of the show has begun. Interestingly, Salman Khan is hosting show for the 13th time in a row. With everyone fascinated about who are the contestants going inside the house for next 100 days, here is the list of Bigg Boss Season 16’s official participants:

SAJID KHAN: A popular TV host and director of the film Housefull will be seen on Bigg Boss’s house this season. Khan, who is a popular and well-connected name from Bollywood, was also one of the celebs accused in the Me Too movement.

TINA DATTA: She is a TV actress who gained popularity by playing Iccha in the popular TV show Uttaran. However, she fizzled out as the show’s limelight faded and with no significant show or project for her for years and it’s like a comeback for Datta.

SHALIN BHANOT: Jabalpur’s Bhanot started off his career with the reality show Roadies and gradually moved to doing TV shows. He got married to his Kulvadhu co-star Dalljiet Kaur after winning Nach Baliye 4. Shalin was last seen on the TV show Naagin and her wife Dalljiet was part of Big Boss 13 as well.

MANYA SINGH: Manya Singh, Miss India pageant runner-up 2020, will be seen locked inside the Bigg Boss house. She was in the news as the daughter of an auto driver who went on to win the Miss India beauty pageant. She is now all set to reboot her career with Bigg Boss. ManyaShe was born and brought up in Mumbai with roots in Uttar Pradesh .

SOUNDARYA SHARMA: Bigg Boss house always has a Bhojpuri celeb in the house. And, this year Bigg Boss fans will see Bhojpuri actress Soundarya Sharma on the show. She became famous after appearing in Bhojpuri singer Pavan Singh’s music video. She was later seen in the web series Raktanchal and the film Ranchi Diaries. Born in Delhi, Soundarya is a dentist and is quite popular on social media.

NIMRIT KAUR AHLUWALIA: In the past mant TV bahu have won Bigg Boss, and if the bahu happens to be from the home channel the chances of winning are high. This time TV actress Nimrit Kaur Ahluwalia of Choti Sardarni fame will be seen on Bigg Boss 16. The Delhi girl is a law graduate, who participated in beauty pageants and became an actress.

ANKIT GUPTA: Another TV actor from Colors TV is all set to enter Bigg Boss 16. Popular as Fateh of Udaariyaan, Ankit has quite huge fan following. He hails from Meerut and has done shows like Sadda Haq, Balika Vadhu, Begusarai and Mayavi Maling. However, he rose to fame with Udariyaan. He had recently quit the show after the show took a leap. It looks like Bigg Boss will be his next claim to fame.

PRIYANKA CHAUDHARY: Ankit will be joined on Bigg Boss 16 by his Udaariyaan co-star Priyanka Chaudhary. The two are popular on-screen couple and FaTejo (Fateh+Tejo) fans will be happy to see them together on the show. Priyanka hails from Jaipur and is very popular on social media and commands a huge fan following. She has done modelling assignments, films, web series, but just like Ankit, she also became a household name with Udaariyaan.

SUMBUL TOUQEER KHAN: Another television star who will be seen on Bigg Boss 16 is Sumbul. Known for playing the lead role in the popular show Imlie, the actress is all set to be locked in the Bigg Boss house. Sumbul made her acting debut with Ayushmaan Khurrana’s Article 15, but it was Imlie that turned out to be a turning point in her career. She recently quit her TV show after it took a generation leap.

SREEJITA DE: Sreejita shot to fame when she was seen on Uttaran as Mukta. She originally hails from Haldia in West Bengal. She has been a part of many TV shows, like Kasautii Zindagii Kay, Annu Ki Ho Gayi Wah Bhai Wah and Nazar. She was also seen with Shraddha Kapoor in her debut film Luv Ka The End. She was last seen in Nazar and was reportedly set to get married with German boyfriend Michael. She will be reuniting with her Uttaran co-star Tina Datta in the Bigg Boss house.

GAUTAM VIG: Gautam, who originally hails from Delhi, started off as a model and has featured in many TV shows, like Saathiya 2 , Naamkaran and Ishq Subhallahan. Reportedly, he was married to Richa Gera, sister of actor Ankit Gera, but it seems the couple have parted ways now. Gautam hopes to build a new image with Bigg Boss.

GORI NAGORI: After Sapna Chaudhary, Gori Nagori, singing sensation of Rajasthan, is all set to join Bigg Boss 16. She is from Nagaur in Rajasthan and her dance videos on Rajsthani and Haryanvi songs are very popular . Her dance moves are quite bold and have created controversies in the past . She has danced with Sapna Chaudhary in the past and hopes to gets a boot in her career with her appearance on the show like Sapna got with Bigg Boss.

SHIV THAKARE: Shiv, the winner of Bigg Boss Marathi Season 2, will be locked inside the Bigg Boss 16 house. Amravati-based Shiv knows all the moves to succeed in Bigg Boss, but in a regional set up. It will be interesting to see if he manages to pull it off in the national Bigg Boss as well. Shiv was last seen on Roadies and has lately turned an entrepreneur.

ABDU ROZIK: Salman Khan introduced Abdu Rizik at the launch of Bigg Boss 16. He hails from Tajisikstan. He is 18 years old but stands just 3 feet tall, but is an immensely talented singer. He is known as the world’s smallest singer. He can sing Hindi songs but does not know the language.