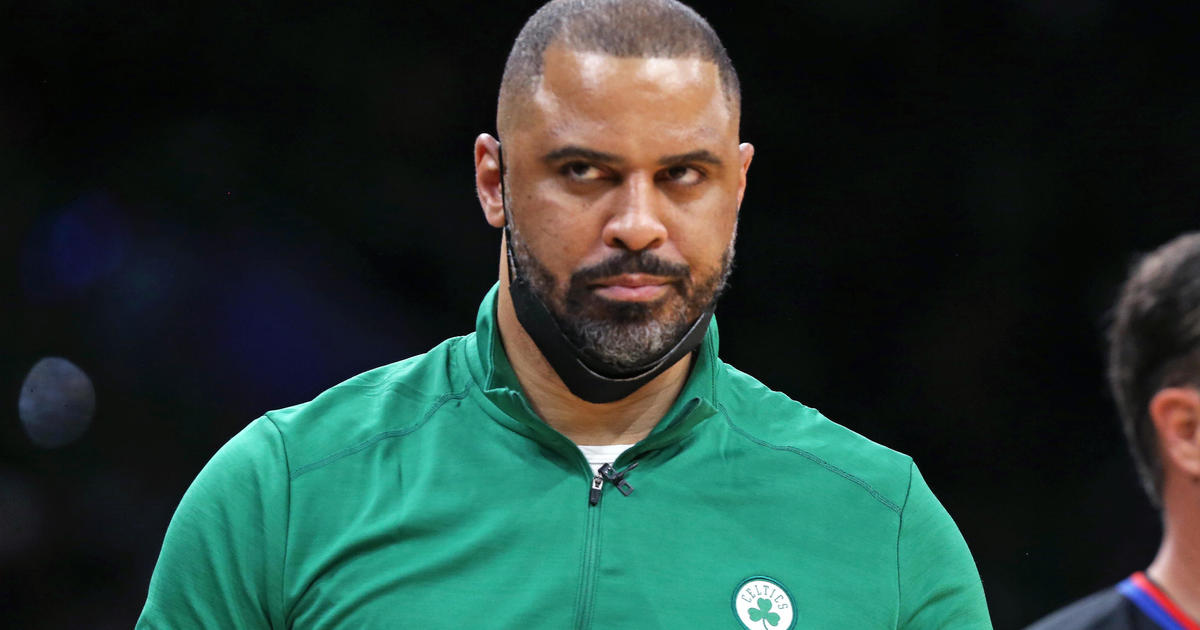 BOSTON – A day after the Boston Celtics suspended head coach Ime Udoka for the entire 2022-2023 season, the team will hold a news conference Friday morning.

A press release from the team did not say who would be at the media availability or what the event at their headquarters in Brighton is about. The Celtics just called it a “press conference.”

You can watch it live at 11 a.m. on CBS News Boston in the video above.

The Celtics announced Thursday night that Udoka had been suspended for violations of team policies. There is no guarantee that he will return to the job after the suspension is up.

Reports on Thursday said Udoka had “a consensual relationship with a female staff member” that violated team rules.

According to a new report in The Athletic early Friday, that female staff member recently accused him of “making unwanted comments toward her.”

“I want to apologize to our players, fans, the entire Celtics organization, and my family for letting them down,” Udoka said in a statement to ESPN’s Malika Andrews Thursday night. “I am sorry for putting the team in this difficult situation, and I accept the team’s decision. Out of respect for everyone involved, I will have no further comment.”

Celtics assistant Joe Mazzulla will take over for Udoka, according to ESPN’s Adrian Wojnarowski. The 34-year-old native of Johnston, R.I. was the head coach at Division 2 Fairmont State before joining the Celtics coaching staff in 2019.