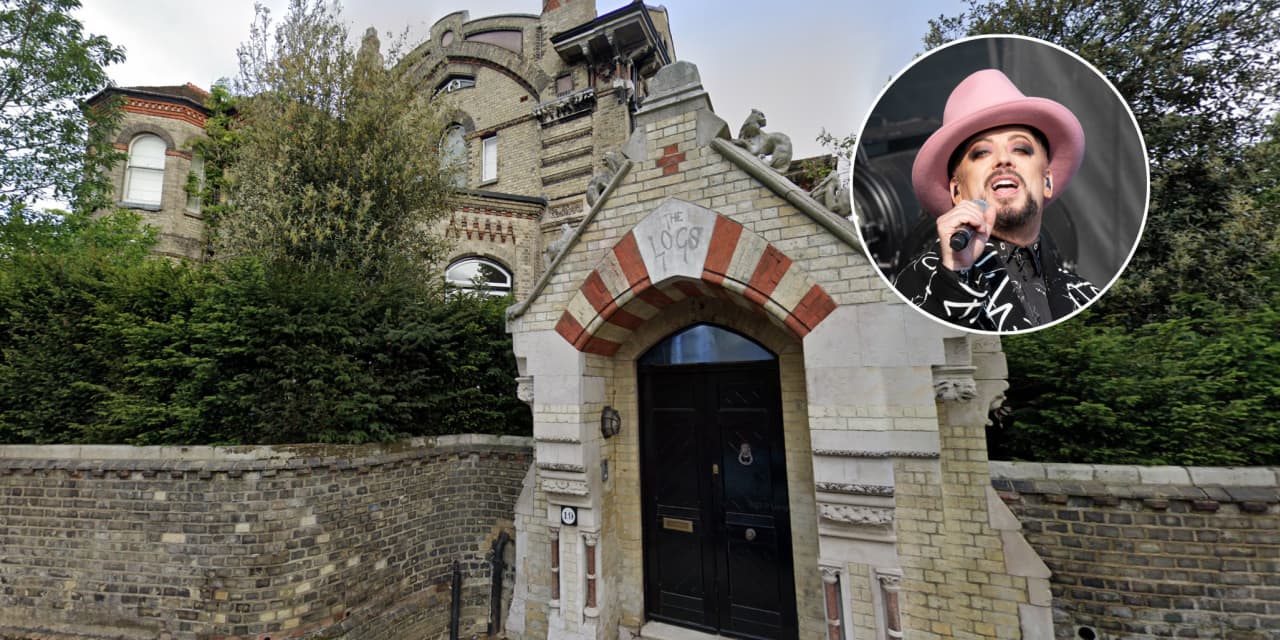 The eccentric space, which fuses Gothic and Italianate architecture, was built around 1868 and is Grade II listed, a historic designation that protects, preserves and marks the home as one of special interest.

Property records show the “Karma Chameleon” singer used his full name, George Alan O’Dowd, to acquire the home—at the height of his band Culture Club’s popularity— close to 40 years ago in 1984, though it’s not clear how much he bought it for.

The property has been “painstakingly refurbished and extended over a three-year period,” according to the listing with estate agency Aston Chase. The firm was not immediately available to comment.

Throughout the nearly 5,500-square-foot spread, there are nods to both its past and its present, with features including stained glass, ornate ceilings and exposed brick set alongside walls of glass and giant skylights.

Other amenities include a triple-height central hall, a dramatic central staircase, a vaulted dining room, a screening room, a roof terrace, a meditation room and a primary bedroom suite overlooking Hampstead Heath.

The 61-year-old singer is best known as the lead singer for Culture Club, which released hits such as “Do You Really Want to Hurt Me” and “Time (Clock of the Heart)” during their 1980s heyday.