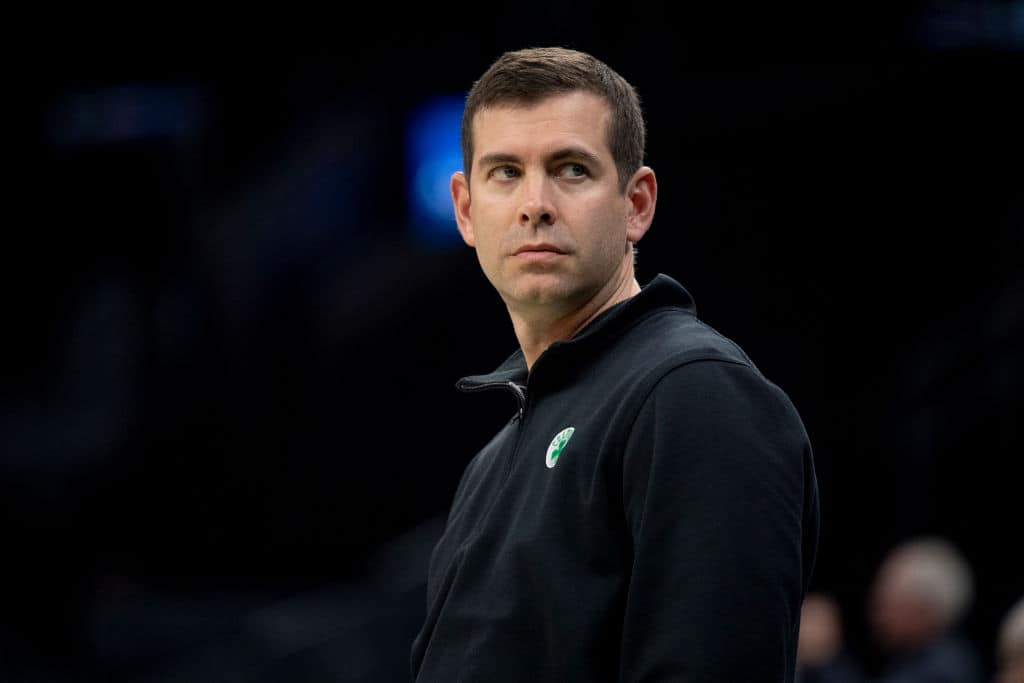 When it was announced that Ime Udoka was going to be suspended as head coach of the Boston Celtics, people began to wonder who would take his place.

There were a few big names tossed around, such as former Los Angeles Lakers HC Frank Vogel.

But in the end, the position was given to Boston’s assistant coach, Joe Mazzulla.

That was a huge promotion for the young man and will absolutely be a major moment in his career.

When the Udoka news broke, quite a few Boston fans were hoping that President of Basketball Operations Brad Stevens would return to the position that he held for years.

But Stevens had no interest in becoming head coach again.

Brad Stevens on whether he considered making himself interim head coach: “Joe’s the best choice to do that by a long shot.”

When asked on whether he considered becoming the interim head coach for the Celtics, Stevens said, “Joe’s the best choice to do that by a long shot.”

He obviously believes in Mazzulla but Stevens is also doing a heck of a job in the position he currently has and doesn’t want to leave it.

Still, the Celtics needed to get even better and when the opportunity to be promoted came his way, Stevens jumped at the chance.

He saw this as his way to make the team stronger and manage the franchise.

One of his first decisions in the team’s front office was to hire Udoka as his replacement.

Now, Stevens has selected Udoka’s replacement as well and has full faith in Mazzulla.

Meanwhile, he will continue to run the team from the highest position and keep forming its future.