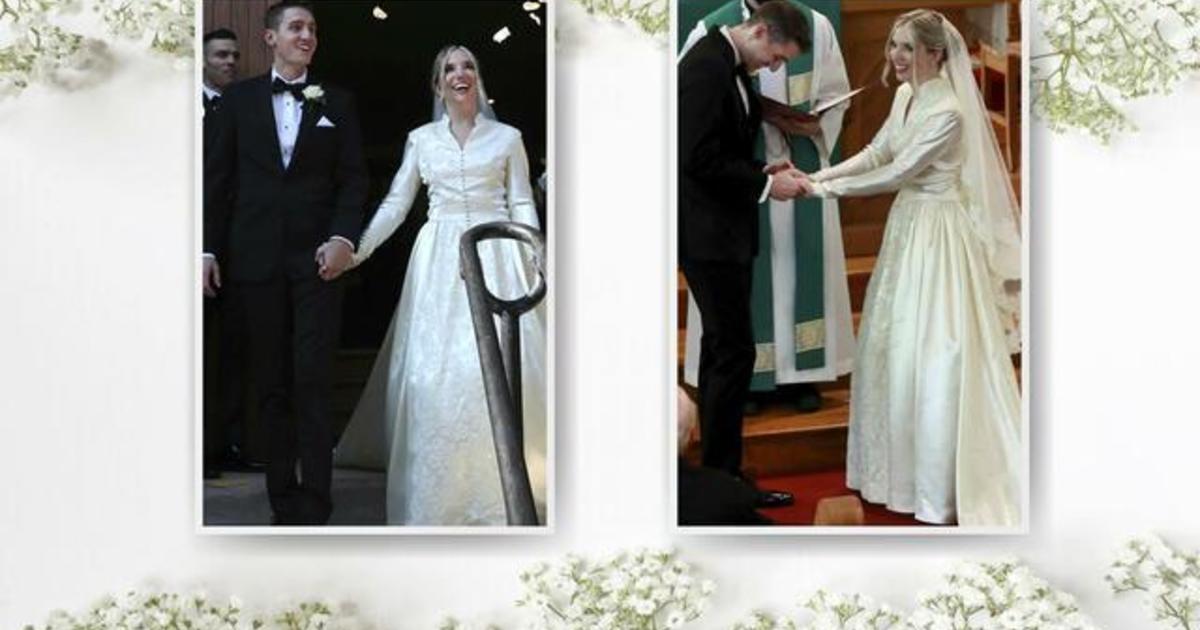 One of Serena Stoneberg Lipari’s borrowed items on her wedding day last month was a special dress passed down within her family across generations: her grandmother’s wedding dress.

She was the eighth woman in her family to wear it.

“There have been no separations or divorces by any of the couples who have been involved in the dress,” Stoneberg Lipari told CBS News. “So we definitely think there’s something special or lucky to it.”

The dress was purchased in 1950 at Marshall Field’s department store for around $100 by Stoneberg Lipari’s grandmother Adele. Over the next 72 years, the dress became an heirloom in the family. It was worn by Adele’s two sisters, her daughter, and three nieces on their wedding days.

As Stoneberg Lipari walked down the aisle, the women who previously wore the dress were there to watch it make its eighth appearance.

Stoneberg Lipari says she was pleasantly surprised at how good the dress still looks after more than seven decades.

Tori B. Powell is a breaking news reporter at CBS News. Reach her at tori.powell@viacomcbs.com