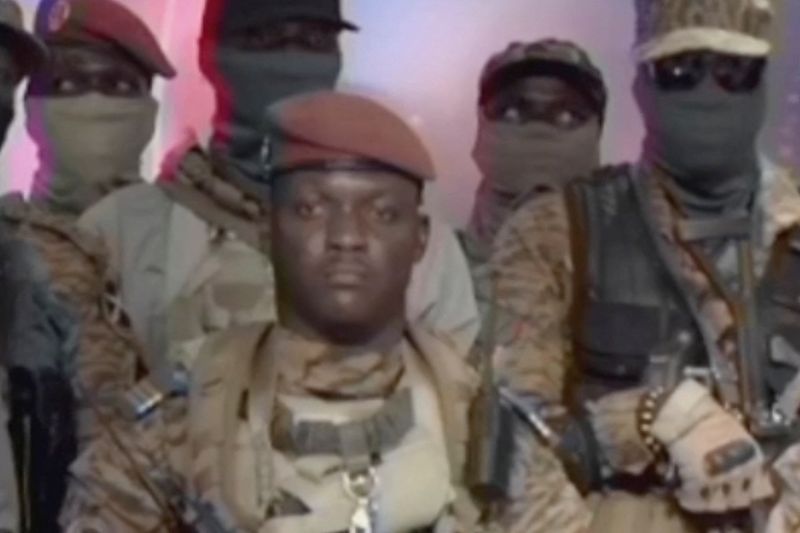 © Reuters. Captain Ibrahim Traore looks on during the announcement on television that he has ousted Burkina Faso’s military leader Paul-Henri Damiba and dissolved the government and constitution, in Ouagadougou, Burkina Faso, September 30, 2022, in this detail of st

Speaking on local radio station Omega in his first interview since Friday’s coup, Traore said: “They led a counter-offensive this morning. Some of the special forces were sent … and also the air base has been manipulated.”