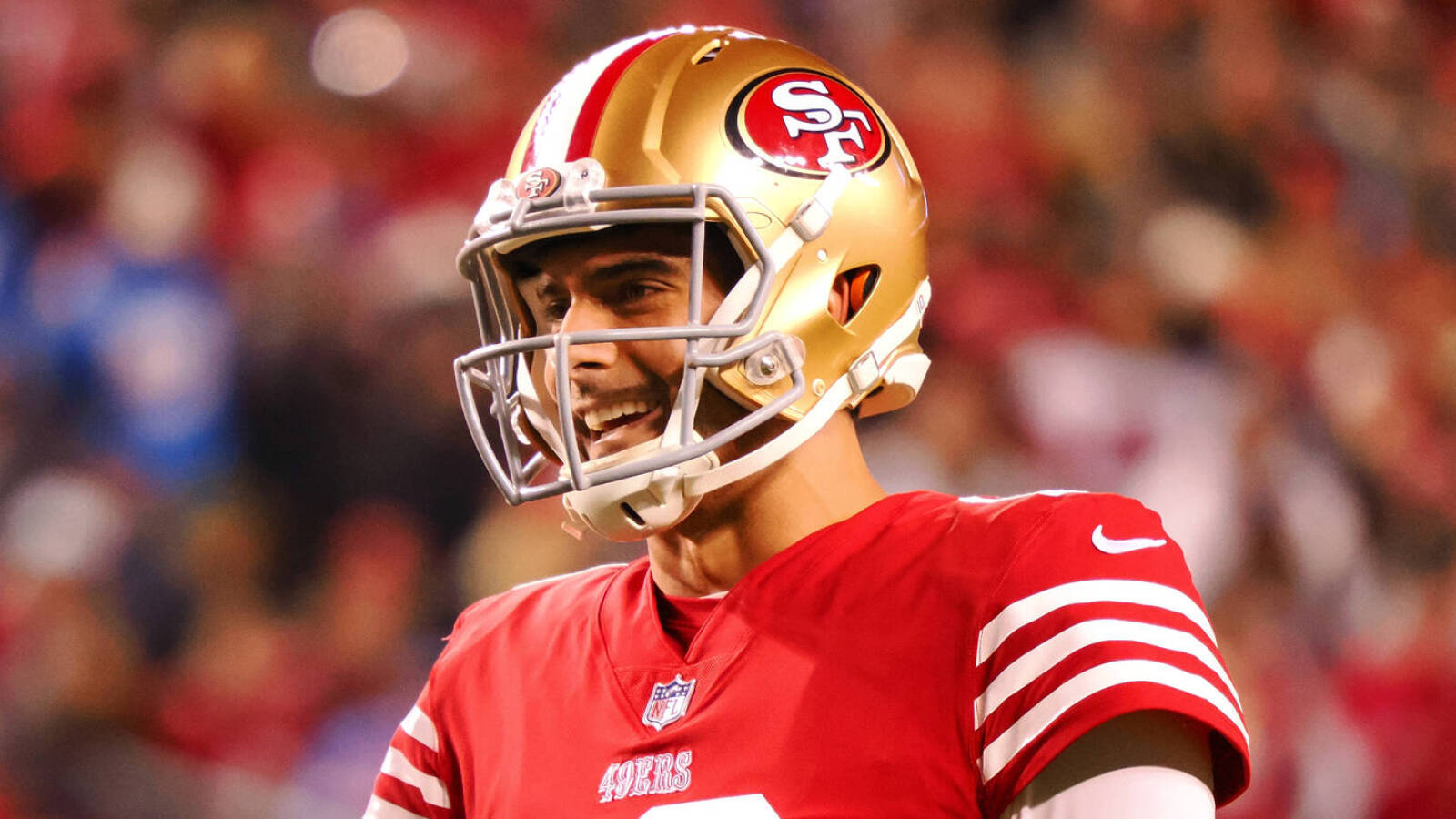 “He is such a talented quarterback,” McCaffrey said of Garoppolo coming off San Francisco’s 38-10 thrashing of the Arizona Cardinals on Monday night, according to Jennifer Lee Chan of NBC Sports Bay Area. “He doesn’t get enough credit in my eyes, at all. He is a great leader, super smart, can make any throw and is just a great guy to be around. It’s been a lot of fun to be able to pick his brain and mesh with him.”

McCaffrey joined the 49ers from the Carolina Panthers via a trade last month and, per Garrett Podell of CBS Sports, has been in San Francisco’s starting lineup for the past three games. The 49ers won all of those contests to improve to 6-4 and climb to first place in the NFC West standings thanks to a tiebreaker advantage held over the 6-4 Seattle Seahawks.

Across his first four games with San Francisco, McCaffrey recorded 21 receptions on 24 targets for 185 yards and a touchdown.

“He’s a baller, man,” 49ers left tackle Trent Williams added about Garoppolo. “I don’t know why that’s ever even been in question. Every time you see the man, all he does is win. I love Jimmy to death. He is such a great teammate, such a great dude. Just hate to see him get slighted all the time because I feel like he is such a good talent, such a good quarterback. He’s the main reason why we are playing so well.”

In nine games and eight starts since QB1 Trey Lance went down with a season-ending ankle injury in Week 2, Garoppolo has gone 5-3 as San Francisco’s starter while playing at a level that has some believing he could guide the club to a Super Bowl title.

As shared by ESPN stats, the 31-year-old will begin Week 12 fifth in the NFL among qualified players with a 104.1 passer rating, tied for fourth with an average of 8.1 yards per pass attempt, and tied for ninth with 15 touchdowns through the air on the campaign. He’s ninth with a 67.0% completion percentage and has thrown just four interceptions.

The 49ers host the 4-7 New Orleans Saints this Sunday.