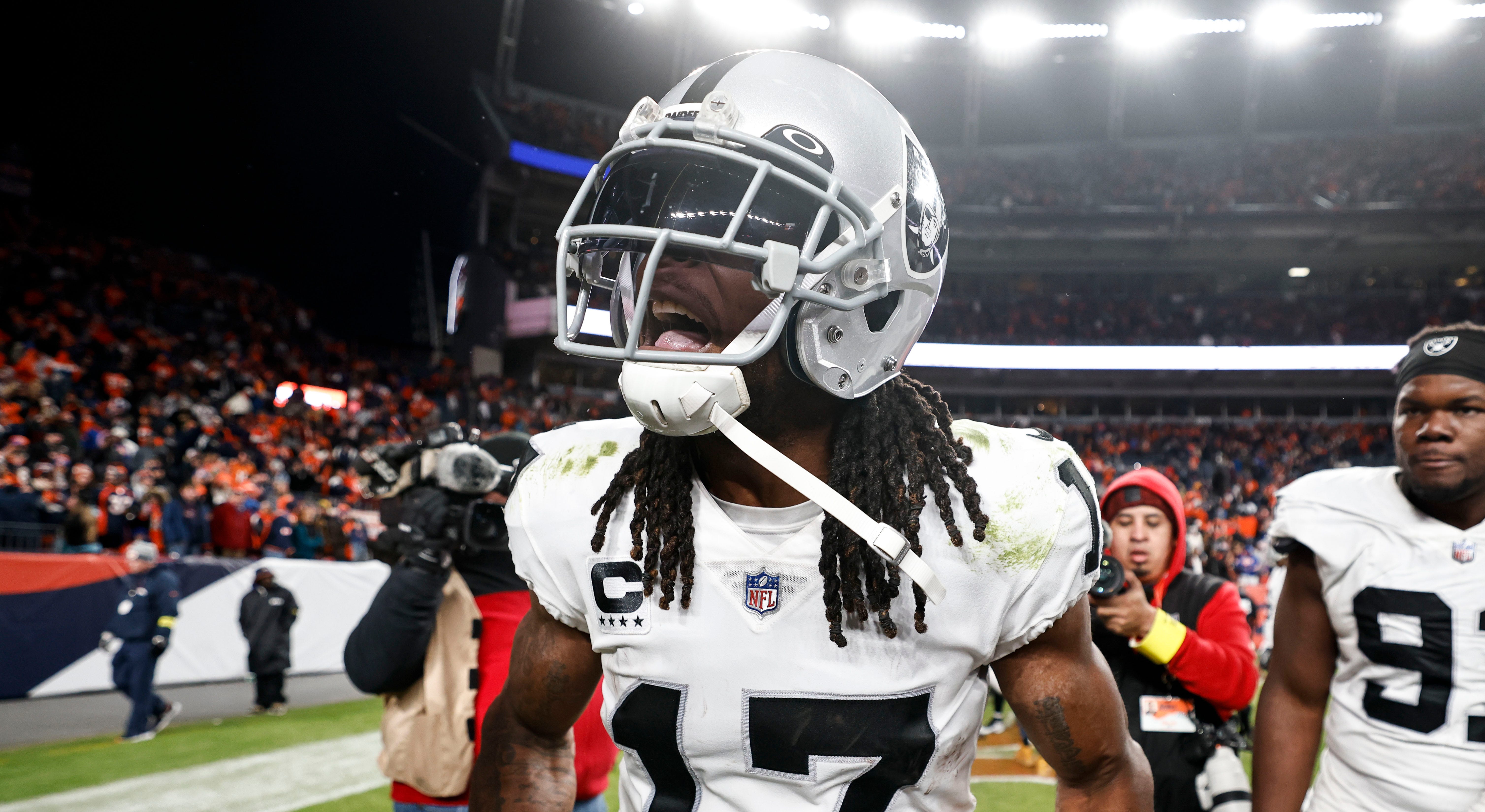 Derek Carr stepped up in crunch time after Russell Wilson shunned the slide that would have made his counterpart’s heroics so much harder.

Carr hit a wide-open Davante Adams with a 35-yard touchdown pass on the third play of overtime, powering the Las Vegas Raiders to a 22-16 win over the Denver Broncos on Sunday.

“I’ve always loved those moments. That’s what I dreamed of as a kid,” Carr said after leading to the Raiders (3-7) to their first win in seven one-score games this season.

The Broncos (3-7) found another way to lose a close one, dropping their sixth one-score game when Wilson left too much time on the clock at the end of regulation.

Denver was clinging to a 16-13 lead at the 2-minute warning when Wilson rolled right on third-and-10 from his own 34, and instead of sliding to burn more time, he pulled up and fired out of bounds.

“We called a pass play to basically try to end the game right there,” Wilson said. “We get a first down, the game’s over. They covered it up pretty good, I was trying to get outside the pocket and then (Jalen) Virgil was scrambling down. I thought I had him, tried to take a shot at him and the ball just kind of went away.

“But we’ve got the best defense in the world and unfortunately it didn’t work out this time.”

Wilson’s misfire stopped the clock and the Raiders, who did not have any timeouts left and had not led all afternoon, got the ball back with 1:43 left instead of about a minute.

Carr drove them 71 yards, hitting running back Josh Jacobs for 43 yards to the Denver 7 to set up Daniel Carlson’s game-tying kick with 16 seconds left in regulation.

The Raiders won the overtime coin toss and Brandon McManus kicked it to the 5-yard line instead of blasting the ball out of the back of the end zone. Ameer Abdullah returned it 28 yards to the Las Vegas 33.

After Jacobs lost a yard, Carr hit tight end Foster Moreau for 33 yards over the middle to the Denver 35. From there, Adams confused the Denver defense and was all alone for the game-winner, which gave him 141 yards and two TDs on seven catches. Carr finished 23 of 37 for 307 yards.

Russell Wilson, #3 of the Denver Broncos, passes during an NFL game between the Las Vegas Raiders and Denver Broncos at Empower Field At Mile High on Nov. 20, 2022 in Denver.
(Michael Owens/Getty Images)

“Learn from this game and learn from my mistakes,” Broncos star cornerback Pat Surtain II said after getting turned around on the final play and also giving up a 31-yard TD reception to Adams in the first half.

McManus’ 48-yard field goal put the Broncos ahead 16-13 with 3:30 left in the fourth quarter. Denver’s defense forced the Raiders to go three-and-out, but Wilson could not burn enough time off the clock before the Raiders got the ball back.

Embattled first-year Broncos coach Nathaniel Hackett relinquished offensive play-calling duties to Klint Kubiak, his QB coach and passing game coordinator, saying, “I want to do whatever I can to help this team.”

The move paid off immediately when the Broncos scored a touchdown on their opening drive for the first time under Wilson, whose 32-yard throw to Kendall Hinton set up Latavius Murray’s 1-yard TD run.

After that, the game settled into the grind-it-out defensive affair expected of two teams that have been riddled by injuries and ineffective offensive play.

“Everyone’s sick to their stomach week in and week out,” Broncos linebacker Alex Singleton said after the Broncos blew another early lead, this time 10-0. “We know what we’ve got to do. We’ve got to find a way.”

Maxx Crosby came up huge in the final seconds of the first half, preventing a touchdown and then a field goal as the Raiders turned back the Broncos and kept their deficit to 10-7 at the half.

Crosby punched the ball out of fumble-prone running back Melvin Gordon’s arms at the 1. Although guard Quinn Meinerz recovered for Denver at the 7, Crosby blocked McManus’ 25-yard field-goal try as the first half expired.

That was Crosby’s third career blocked field goal, and all three have been against the Broncos. He had two against Denver on Jan. 3, 2021.

“If you don’t block that field goal, then we have to score a touchdown at the end of regulation, so I thought it was an enormous play,” Raiders coach Josh McDaniels said. “I thought it definitely gave us a little bit of a boost there.”

Crosby had two sacks in the second half, giving him nine of Las Vegas’ 14 sacks on the season.

In the first quarter, Carlson’s 48-yard try sailed wide right for his first missed field goal since Nov. 7 2021, against the Giants in the Meadowlands.