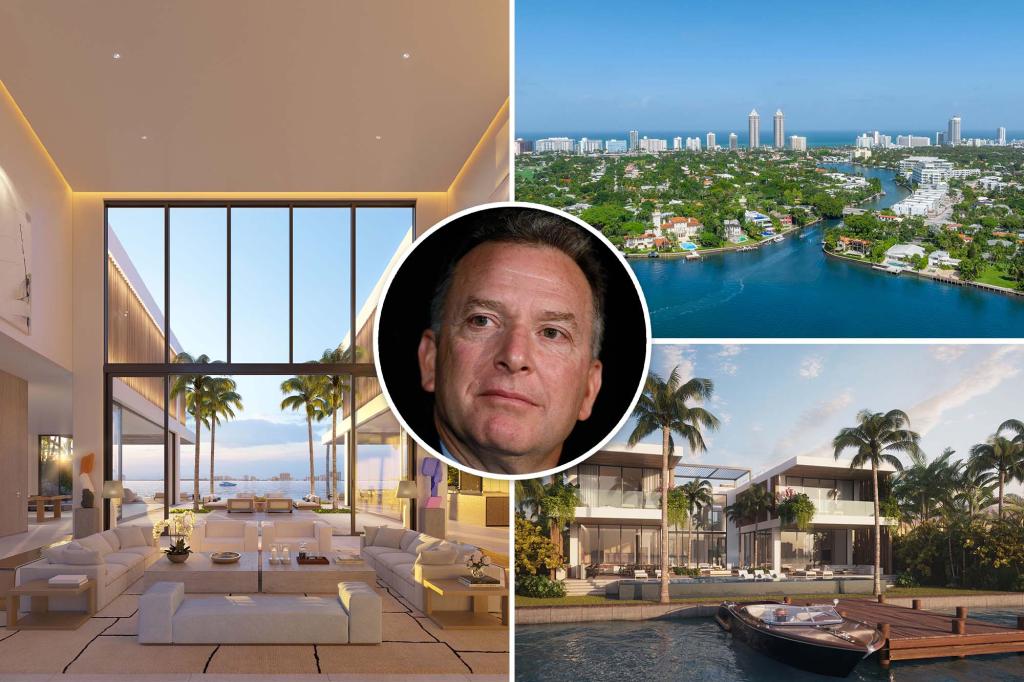 The empty lot, at No. 4766, comes with plans for a massive 9,000-square-foot home, which will boast prime views of Biscayne Bay and Miami’s downtown skyline.

The plans also call for a great room, multiple entertaining spaces, waterfront lounges, a chef’s kitchen and an office with a private entrance.

What’s more, the backyard’s plans call for a pool and spa with an indoor-outdoor gym and a rooftop putting green with a lounge.