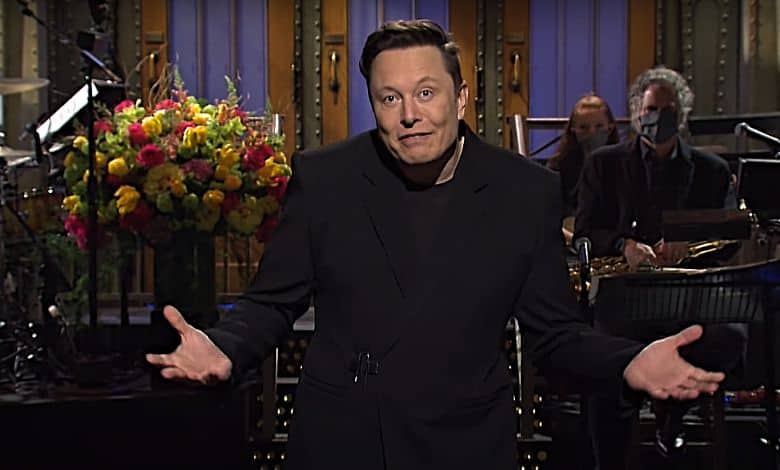 The Tesla billionaire’s car line hasn’t wooed progressive stars. Instead, they look past his company’s eco-impact and focus on his passion for freer speech.

That’s a bridge too far for folks like Stephen King, Jack White, Whoopi Goldberg and others who either are fleeing Twitter or blasting Musk for his brief but consequential Twitter reign.

Coming back twelve hours later to prove how not bothered I am. pic.twitter.com/mmWJl617oj

Musk has plenty to do given his business ventures, but he spends an inordinate amount of time Tweeting to his heart’s content. He’s alternately funny and bruising, sharing business insights and quizzing users on the next steps he might take on Twitter.

This week, Musk revealed he has a keen grasp of modern Hollywood and, to use his words, the “woke mind virus” infecting it.

The billionaire weaponized that phrase earlier this year to blast Netflix for its dubious content decisions, one reason the streaming giant’s fortunes fell early in 2022.

Now, Musk is calling out the entertainment industry for a similarly twisted agenda.

He started the discussion by asking Twitter users what they thought about the “culture war,” a loaded term that can mean anything from God in the classroom to drag queen story hours for pre-teen audiences.

Many responded, of course, given Musk’s nearly 119 million followers. One account, @GetPaidWrite, offered this suggestion.

I think the Right needs to start funding more artists, filmmakers and writers instead of politicians and super-PACs.

We’ve been reacting too long. Time to go on the offensive.

I am neither conventionally right nor left, but I agree with your point.

The woke mind virus has thoroughly penetrated entertainment and is pushing civilization towards suicide.

There needs to be a counter-narrative.

That counter narrative is already happening, albeit in modest measures.

Angel Studios is bypassing Hollywood gatekeepers to create family-friendly content that uplifts, not divides. Think Dry Bar Comedy, “The Chosen” and next month’s “The Wingfeather Saga.”

“The Chosen: Season 3” recently upended conventional thinking by coming in third at the U.S. box office.

The Daily Wire is full steam ahead with its entertainment division, which currently features films like “What Is a Woman?” “Terror on the Prairie” and “Run Hide Fight.” Next year, the conservative platform will debut its children’s programming line, meant to entertainment without a progressive agenda.

Editor’s Note: This reporter is a freelance contributor to The Daily Wire

Rebel comedians like Tyler Fischer, Ryan Long, Steve McGrew and Chrissie Mayr use alternative platforms to tell jokes outside the comic mainstream. The Babylon Bee routinely serves up laughs that won’t be shared on “Saturday Night Live” or late-night TV.

In a way, Musk can personally help the counter-narrative he mentioned thrive.

Some of the aforementioned comics have faced Big Tech Censorship for telling the “wrong” kind of jokes. The Daily Wire’s Matt Walsh throws sharp elbowed commentary on social media, the kind that rubs Tech titans the wrong way.

The Babylon Bee refused to remove a satirical Tweet earlier this year and found its account frozen until Musk reinstated it.

Musk is no movie star. He proved a good sport in 2021 by hosting “Saturday Night Live,” but won’t be headlining any stand-up tours in the near future.

His posture on free speech, though, could be a treatment for La La Land’s woke mind virus.