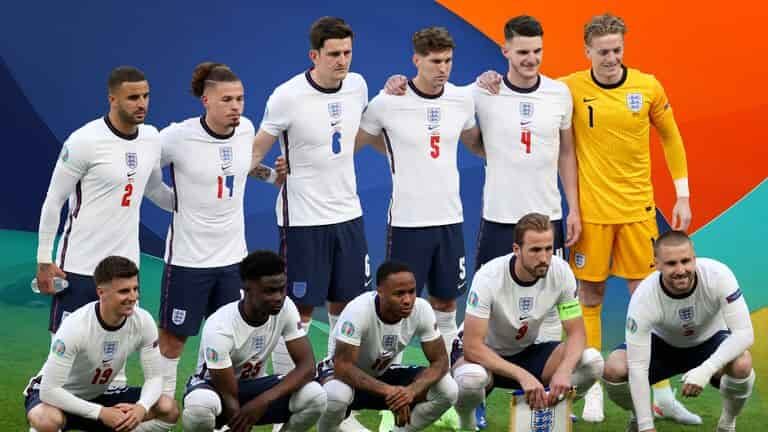 The English Football fans are awaiting the FIFA World Cup 2022. They are waiting to sing, “It’s Coming Home!”. The team does have the “on-paper” potential to make a difference and to go all the way. The England national team has players who are like lions on the pitch. So, which are the players who are most crucial and whose form can decide how far England will go? Who are the 5 pivotal players for England at the FIFA World Cup 2022:

Jack Grealish will be Playing at the FIFA World Cup 2022:

The man who gave it all for the English team at the Euros will be rooting for another great performance at the FIFA World Cup 2022. He generally is not the first starter on the left wing but coming off the bench and making a difference isn’t something that everyone can do. His energy on the field is electric. Grealish, who is known for his “God-Like” calves, has great ball control and skill.

Harry Kane was asked by his school to leave football coaching as he was a bit chubby. From that day to leading the England team, Harry has come a very long way. He has been the top striker in the Premier League for 3 to 4 years. Kane is a goal-scoring machine when he finds rhythm with his playmaker. He has a lot to offer to the England Team.

Phil Foden will be Playing at the FIFA World Cup 2022:

Phil Foden is an under-used asset on the right wing. You get him in central midfield and watch him make defenders dance to his tunes. He has previously been exceptional with the ball in the midfield. He happens to be the “Man of the Tournament” at the FIFA Under-17 World Cup which was held in India in 2017. His game has been growing. He was also a part of the successful campaign that Manchester City had in the 2020-2021 football season. He has to find his tune with Harry Kane!

Harry Maguire is someone who is mocked a lot on the internet. There is a flood of tweets and memes in his name. But only a few people know that on his day he can be good and the position that Harry plays is very difficult. Harry is a leader in the back line. He can play very well along with senior players like Luke Shaw. He is an authoritative figure on the pitch. Not to forget that he is the best when it comes to aerial duals.

Jude Bellingham will be Playing at the FIFA World Cup 2022:

Jude Bellingham is a strong contender for “Young player of the tournament”. This prize was won by Paul Pogba in the 2014 FIFA World Cup and by Kylian Mbappe at the 2018 FIFA World Cup. Jude has been a force for Borussia Dortmund in the mid-field. It is good to see that the England management is backing Jude over other senior players. Jude has an electric pace and he just loves the ball on his feet. He has an elite set of skills too. His ball control is second to none and his vision is great too. All in all, Jude is a complete package.

To know more go to Jasprit Bumrah Ruled Out of ICC T20 World Cup with Back Injury: Reports.

Go to the official website of FIFA to know more.