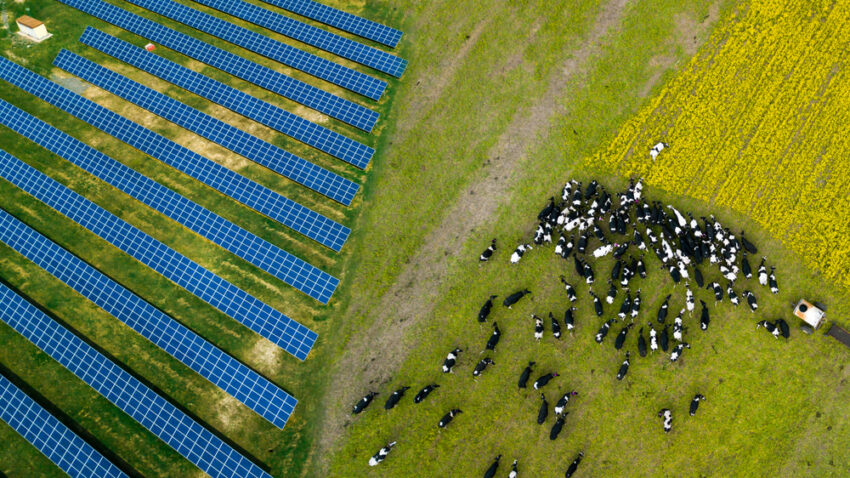 Farmers without solar panels could be missing out on up to £1bn over the next two years, according to new analysis from the Energy and Climate Intelligence Unit (ECIU).

Solar panels have enabled farmers to sell energy they generate themselves to cut their own bills.

However, the vast majority of England’s farms do not have solar panels – with only 28 per cent having the renewable power source on their fields.

ECIU has calculated that if the remaining 78 per cent had followed their counterparts, energy savings and revenues could have almost balanced out the increase in fertiliser costs over the next two years.

This would have provided an estimated saving of up to be £1.1bn.

While gas costs are expected to remain historically elevated for at least the next two years, other income streams such as like renewables may be essential to some farm businesses surviving.

Farms with renewables, such as solar panels, wind turbines and small hydroelectric plants, can earn extra income through power purchase agreements by either selling excess energy back to the grid or by leasing their land to energy generators.