I﻿t’s been revealed that England captain Harry Kane performed his own protest against Qatar’s abhorrent stance on the LGBTQI+ community ahead of his side’s World Cup opener.

Kane and his national team were widely blasted when, amid threats posed by FIFA, the skipper abandoned a plan to wear a rainbow-coloured captain’s armband in England’s tournament-opening match against Iran.

﻿Kane instead opted to wear a FIFA-approved armband with the words “No Discrimination” — a piece of clothing that addresses inequality but not homophobia specifically.

However, it’s since emerged that the striker sported a $950,000 Rainbow Rolex in the hours before England’s 6-2 win over Iran.

Getty Images pictures show Kane wearing the watch when he led the team from the buss and as he inspected the field. 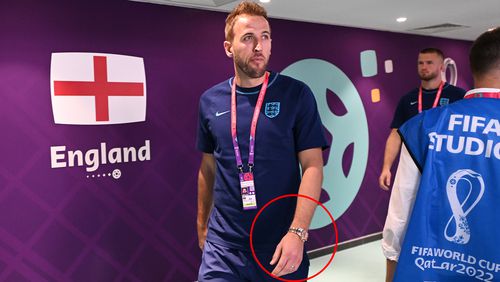