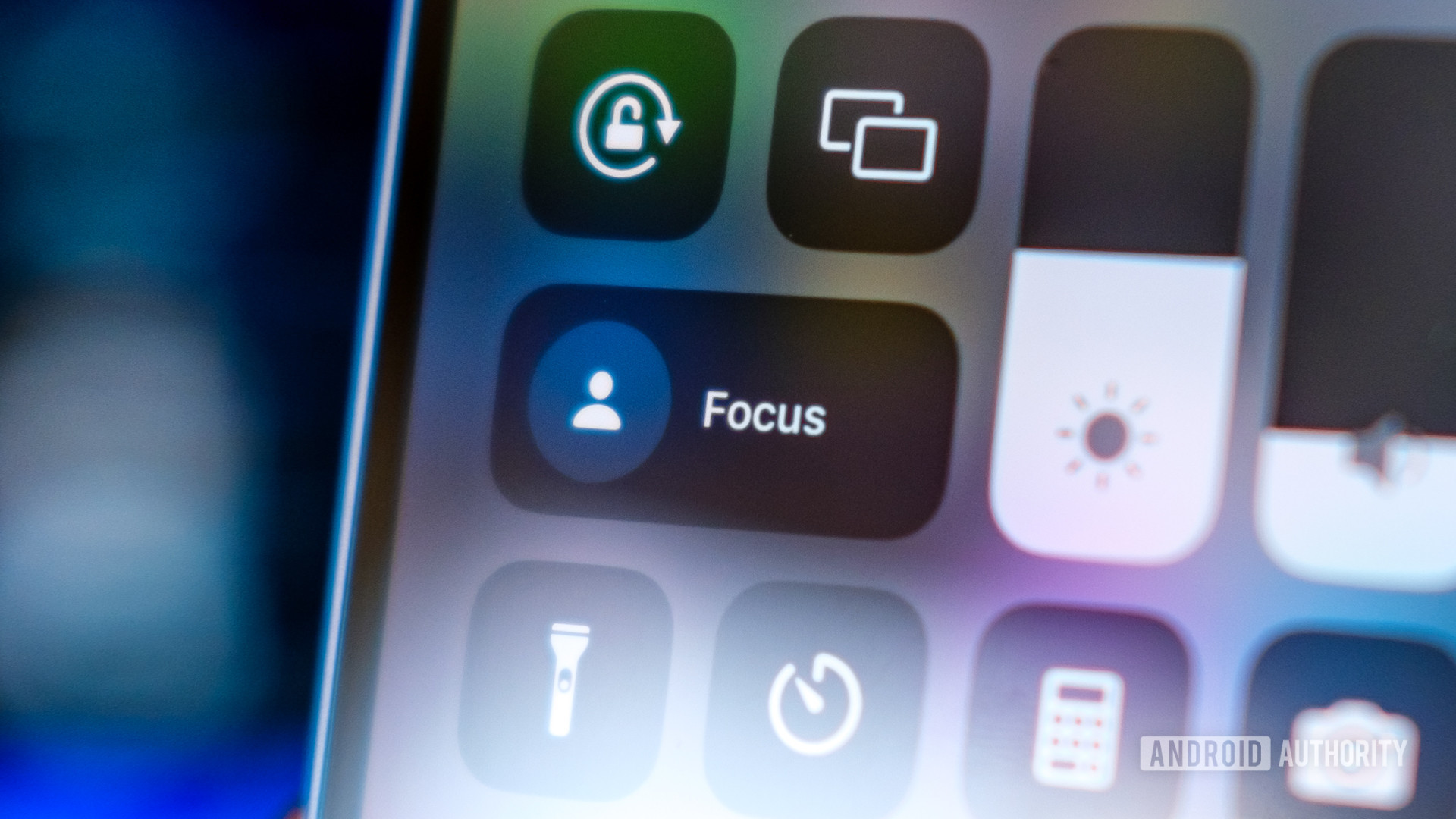 Move over Dynamic Island, there’s a way more useful feature tucked away in Apple’s latest iPhone that should be grabbing the headlines. I’m talking about Focus and its new customizable lock and home screen options. After spending a week with the iPhone 14, I’m convinced this is the feature Android should aim to emulate instead. And the sooner the better.

For a little background, Focus was introduced with iOS 15, allowing you to choose when to receive alerts and notifications, from whom, and from which apps, depending on the chosen Focus profile. Of course, Android phones have granular Do Not Disturb options too, with app, call, and contact exceptions, along with focus options embedded in Digital Wellbeing. However, Focus’ multiple profiles are right at your fingertips and more customizable, allowing you to manage personal time, work, workouts, sleep, or whatever else is currently occupying your mind’s eye.

Focus is like having multiple desktops for work, play, and more.

Fast forward to iOS 16, Focus has been upgraded to integrate home and lock screen customization into the mix, giving you control over apps, widgets, and more, depending on your current Focus. It’s like having multiple desktops or user modes that you can activate at will or set to certain times or locations. This is particularly useful given how cluttered iOS home screens often are, but it would work wonders for Android too.

Focus works for you

For instance, having two different home screens for work and play is a no-brainer. Especially as a Work Focus can automatically activate 9 to 5 Monday to Friday or when you reach the office, keeping social distractions at bay during work hours and hiding work apps when you’re off the clock. You can go deeper too; iOS 16 introduces Filters to select specific calendars or inboxes to only show up when you want to see them. How I love not seeing my work calendar at the weekend (sorry, boss).

I set a system up where the home screen displays my business apps like Slack and Asana when using the Work Focus and hides social distractions like Discord, Reddit, various YouTube services, etc. Positioning Calendar and Mail inbox widgets front and center is obviously useful too, but I don’t need this info so readily in the evening. Switching to my Personal Focus reverses the situation, muting notifications from Slack and removing work-related apps from my home screen entirely.

How I love not seeing my work calendar at the weekend.

You can still access all your apps through the App Library, but it’s nice to be able to shut out the noise and focus on what you want to get done at different times of the day.

You can, and should, go further with Focus customization, though. Thanks to lock screen integration, you can now have the Fitness widget displayed only when you need it, for instance. Pair that with a dedicated home screen with Fitness and Music widgets right where you want them, and muting all but essential notifications can help focus on lifting weights or beating that treadmill best. Pleasantly, the Fitness Focus automatically starts when you begin a workout, but you can even have it ready to roll when you turn up at the gym by setting an activation location too.

Context-aware switching, like starting a workout or arriving at a location, makes Focus even more powerful.

Apple has Driving, Fitness, Gaming, Mindfulness, Personal, Reading, and Work presets, but you’re free to build custom focuses how you wish. Put simply, the new and enhanced Focus is a very elegant way not only to improve your digital well-being by shutting out demanding notifications, but it can also streamline your productivity by granting quicker access to the things you need when you need them.

As good as Focus is with iOS 16, there’s plenty of scope for improvement. This is Apple we’re talking about, so the number of lock and home screen widgets is limited. Focus Filters are incredibly useful, but again you’re restricted to the handful of apps and services that Apple supports. You’re out of luck if you want to prune a third-party calendar or mute specific conversations from third-party messaging services. At least for now.

Apple has a Focus Filter API for developers, but none of the apps I tried have hopped on the bandwagon yet. In the future, third-party calendars, email clients, messaging services, and more, could leverage Focus Filters for even more granular control. However, that’s going to require that apps spend the development effort to implement yet another API for yet another Apple service. That certainly isn’t a given.

Android could go further with contextual screens for Assistant, smart home, and other features.

When it comes to matching and building on Apple’s implementation, Android’s Digital Wellbeing’s focus options simply lock out apps and don’t have conversation controls; it’s nowhere near as powerful as completely reconfiguring your home screen based on what you’re doing. To be honest, I don’t think expanding Digital Wellbeing is the way forward anyway — the real utility is in productivity as much as it is in removing distractions. Instead, Android could improve on the idea by leveraging its broader capabilities that are already more flexible than Apple’s.

For example, Android already has powerful permission-level control over notifications. I don’t want to tell Google’s engineers how to do their jobs, but tying notification toggles to various DND profiles would be really helpful. Being able to keep Signal call notifications on but turn messages off while at work, for instance, would be handy.

The pre-existing Bubbles API, which admittedly isn’t great, also opens up access to specific contacts and groups within third-party messaging apps. Leveraging this could allow Android to offer much more powerful per-app conversation controls than Focus currently employs, without having to invent yet another API for developers. The groundwork is already there for app, location, time, and other filters too, as these are already used by Assistant Routines. Of course, integrating DND profiles with Google Calendar, email accounts, and multi-desktops, would require a bit of work. But there’s plenty of time to get that done before Android 14, right?

Android already shares many features with Focus but they’re dotted all over the place.

This might not be too optimistic thinking. Google is no stranger to the advantages of contextual UIs, as seen by our leaked look at the canceled Smartspace lock screen. It dabbled with ideas like a “Good Night” chip with relevant smart home controls, a card for setting up your morning alarm, plus meditation sounds from Headspace. You’ll also find context-aware customization with ideas like Samsung’s Bixby Routines to change lock screen shortcuts and more, so the roots are there but they should grow more ambitious. Having spent time with Focus, I can now envision how much utility there would be in combining DND-like profiles with smart home, Assistant, and other features that are currently outside the scope of Apple’s implementation.

Do you want Apple Focus-like features on Android?

After a week with the iPhone 14, I’m convinced that customizable contextual lock and home screens are something I want in my mobile life. iOS 16 hasn’t perfected the formula yet, and the typically more open nature of Android’s features could produce a power-house contextual UI that not only improves our focus but makes our devices that bit smarter too. I can already tell I’m going to miss Focus now that I’m moving back over to my Android daily driver.

Up next: Apple iPhone 14 review