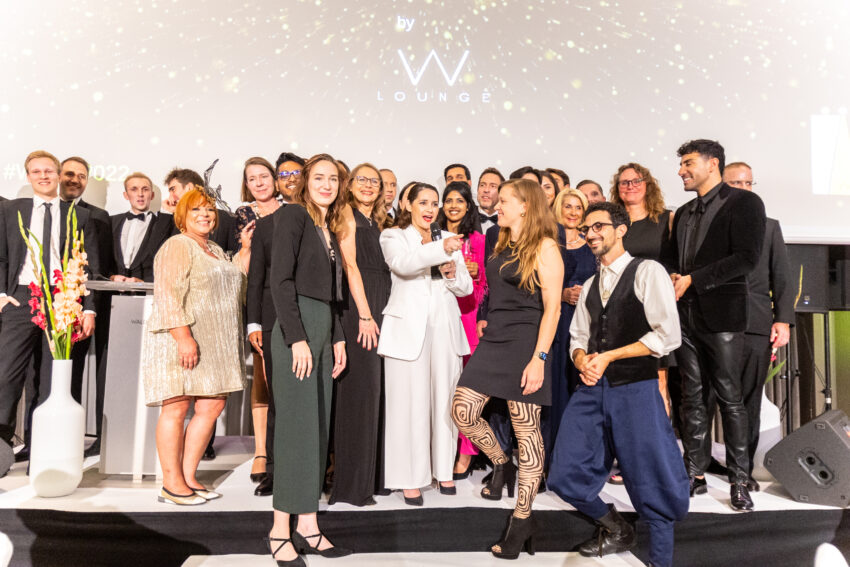 ‘Women drive innovation’ was the motto at the German ‘Tech Oscars’, The Tech Awards Gala 2022 by WLOUNGE in Berlin.

This is one of the largest and most prestigious award ceremonies of the German technology industry, focusing on the innovation strength of women and diverse teams in the tech ecosystem regarding its impact, influence, sustainability and diversity.

VitaeGum is a social impact, UK based start-up focusing on solving vitamin deficiency and dental health issues by delivering UN approved vitamins including B12, B6, B1, C, Zinc, Iron, Folic Acid, Vitamin A, Vitamin D via a chewing gum solution.

VitaeGum is currently going through the pilot phase.

“Gum is already popular. So, what better way to ensure their consumption is regular than chewing gum as a delivery mechanism?” says London-based Janine Subgang, 24 years, Co-Founder and Commercial Lead of VitaeGum, who has been a Head Delegate for The Hague International Model United Nations (THIMUN) of the Internat Solling, Germany.

Janine accepted the award in The Waldorf Astoria Berlin armed with prototype products of VitaeGum which she handed to guests including Sandra Yvonne Stieger, Vice Mayor for Economy, Tourism and Regional Cooperation State Capital and Michael Biel, Secretary of Berlin State for Economic Affairs, Brigitte Mohn, from Bertelsmann foundation and Mali M Baum the founder of WLOUNGE.

Janine rubbed shoulders with awards Patron Brigitte Mohn, the renowned German businesswoman and a member of the Mohn family that has a significant influence on Bertelsmann Group.

Janine says: “German Footballer Arne Friedrich managed to talk himself into receiving a VitaeGum sample, which means I will now hunt him for partnerships”.

VitaeGum’s other Co-founder includes Harriet Lester, an Oxford PhD Researcher in BioChemistry, who visioned the idea while volunteering in Calais for a refugee aid organisation Care4calais.

In terms of early funding, VitaeGum has received seed funding from the CVC Capital Partners’ Foundation and The Oxford Seed Fund (OSF), a student-led fund, run by the Entrepreneurship Centre at Saïd Business School, University of Oxford.

“Receiving this reward and the recognition for VitaeGum has been an honour. We hope that this is the spark that ignites our process so that we can help more people around the world”.

Founder of WLOUNGE and the Magda Group fund and the initiator of The Tech Awards 2022 by WLOUNGE, Mali M Baum says:”The tech awards gala is one of the lighthouses of WLOUNGE, our local and global network and partners to show innovation Made by women and highlight those who truly support our mission for more women and more diversity. This activity highlights the winners o