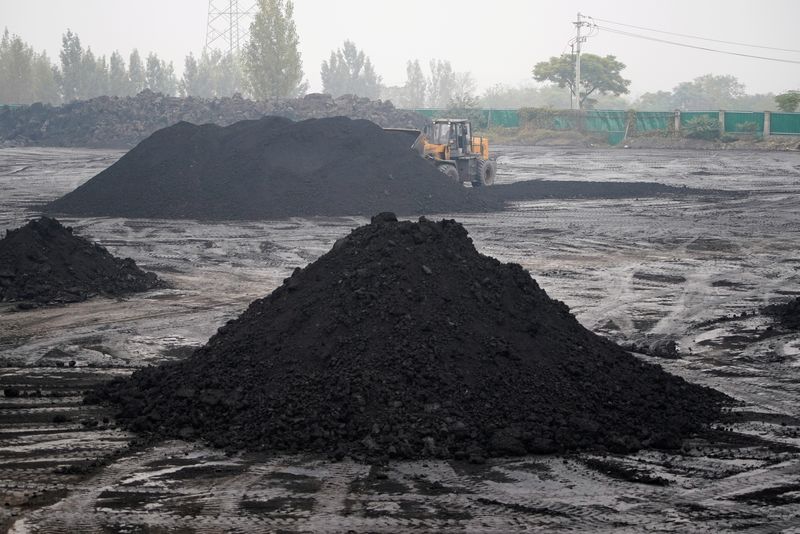 LONDON (Reuters) – Global coal consumption is set to rise to an all-time high in 2022 and remain at similar levels in the next few years if stronger efforts are not made to move to a low-carbon economy, a report by the International Energy Agency (IEA) said on Friday.

High gas prices following Russia’s invasion of Ukraine and consequent disruptions to supply have led some countries to turn to relatively cheaper coal this year.

Heatwaves and droughts in some regions have also driven up electricity demand and reduced hydropower, while nuclear generation has also been very weak, especially in Europe, where France had to shut down nuclear reactors for maintenance.

The IEA’s annual report on coal forecasts global coal use is set to rise by 1.2% this year, exceeding 8 billion tonnes in a single year for the first time and a previous record set in 2013.

It also predicts that coal consumption will remain flat at that level to 2025 as falls in mature markets are offset by continued strong demand in emerging Asian economies.

This means coal will continue to be the global energy system’s largest single source of carbon dioxide emissions by far.

The largest increase in coal demand is expected to be in India at 7%, followed by the European Union at 6% and China at 0.4%.

“The world is close to a peak in fossil fuel use, with coal set to be the first to decline, but we are not there yet,” said Keisuke Sadamori, the IEA’s director of energy markets and security.

Europe’s coal demand has risen due to more switching from gas to coal due to high gas prices and as Russian gas has reduced to a trickle.

However, by 2025 European coal demand is expected to decline below 2022 levels, the report said.

Global coal-fired power generation is set to rise to a new record of around 10.3 terawatt hours this year, while coal production is forecast to rise by 5.4% to around 8.3 billion tonnes, also an all-time high.

Production is expected to reach a peak next year but by 2025 should fall to below 2022 levels.

The three largest coal producers – China, India and Indonesia – will all hit production records this year but despite high prices and comfortable margins for coal producers, there is no sign of surging investment in export-driven coal projects.

This reflects caution among investors and mining companies about the medium- and longer-term prospects for coal, the report said.