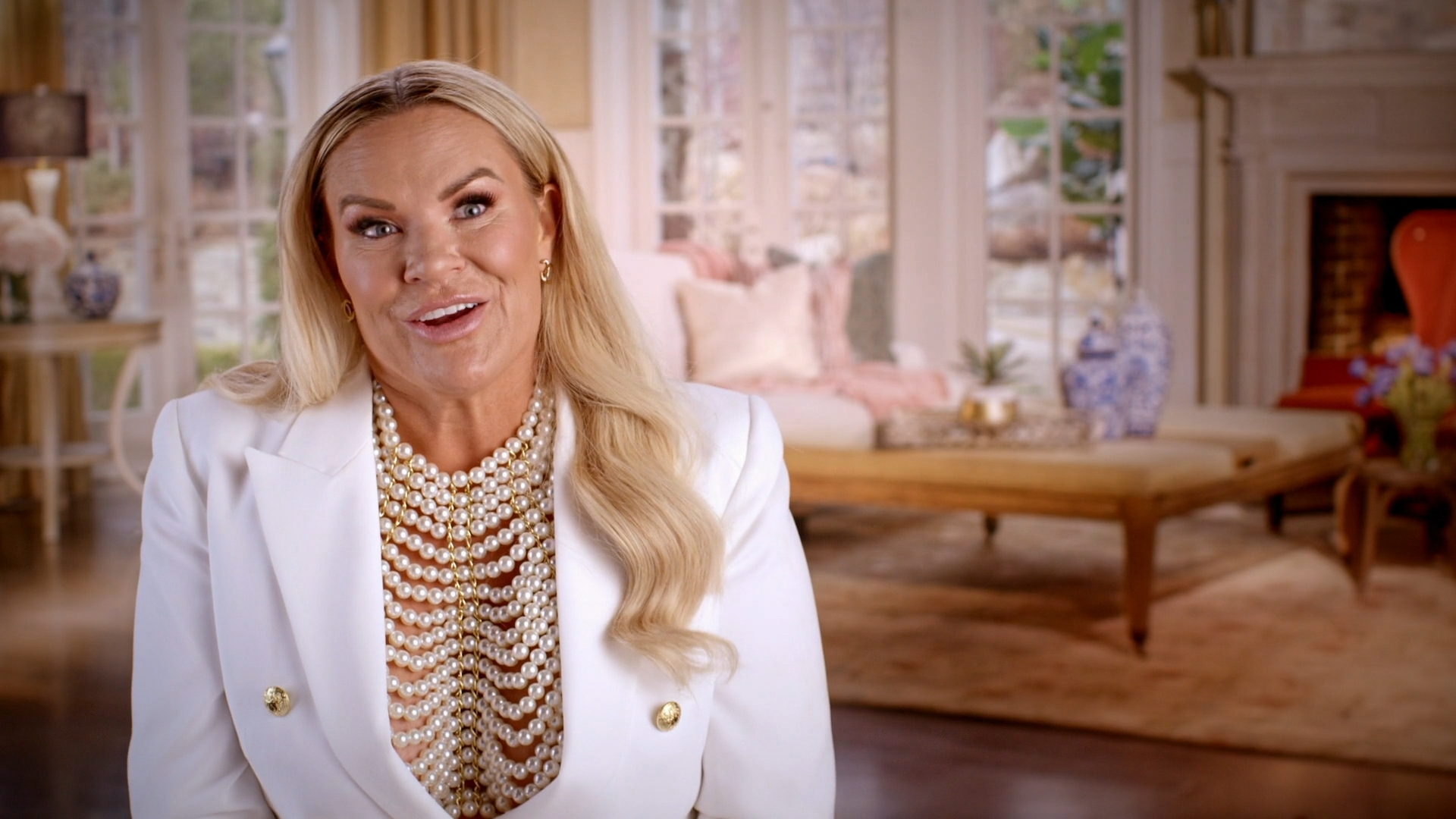 Ahead of Season 3’s premiere, we heard a lot about Jen Shah and Meredith Marks’ sudden “fake” friendship.

But Meredith is not the only one who is being emotionally supportive of Jen this season.

Heather Gay is a friend to Jen. Jen pleading guilty to federal fraud charges did not change that.

But Jen will face sentencing very soon. That almost certainly means prison time. What is Heather’s take on all of this?

Heather Gay spoke to Page Six on their Virtual Reali-Tea podcast this week.

She is sounding lighthearted about Jen’s very possible prison sentence … but not because she’s happy to see it happen.

“Listen, I’ve had prison boyfriends before,” Heather joked. “I know the whole routine!”

When it comes to keeping tabs on an incarcerated friend, Heather shared: “I’m not worried about that. I was born for this.”

Unlike with Meredith, this is not a new development for Heather.

She has stood with Jen since the latter’s infamous arrest in March 2021.

For more than a year, Jen insisted that she was innocent of the charges.

Per the allegations, she had scammed hundreds of people — with most of the victims being elderly — out of money.

One by one, her fellow co-conspirators in the nationwide telemarketing scheme threw themselves upon the mercy of the court.

In July of this year, Jen stunned her fans, supporters, friends, and castmates.

While they were there to support her, Jen changed her plea to guilty.

Reportedly, Jen did not warn her friends in advance — even the ones who had defended her.

“Talking about it, it’s just devastating,” Heather commented about the dramatic plea deal.

She had been in New York with Jen and with Meredith ahead of the hearing.

“I think it was so devastating and it’s been really difficult,” Heather expressed.

“But I haven’t really focused on what it’s been like for me,” Heather then emphasized.

She explained “because it feels kind of stupid, like, ‘I’m upset.’”

Heather reasoned: “What she’s [pleaded] to and what she’s facing now and being accountable for it, is much bigger than how I felt reacting to it.”

We should keep in mind that Jen is not looking at a fine and some community service. Probably.

Even after hashing out a plea agreement, she is looking at serving up to 14 years in prison. And paying restitution of up to $9.5 million.

While things could go more favorably at her sentencing hearing on November 28, she is unlikely to leave court unscathed.

But Jen’s change in plea sent shockwaves, particularly among those very few people who had actually defended her.

How does Heather feel about her total 180?

“I’m just still her friend,” Heather affirmed, “and hopeful for her and her family.”

“And,” Heather then expressed, “devastated for everyone all round.”

Meanwhile, she promises, she wants to be there for Jen’s husband and for their two adult sons.

“I would never miss a chance to render service to anyone,” Heather emphasized, “but certainly Jen and her family.”