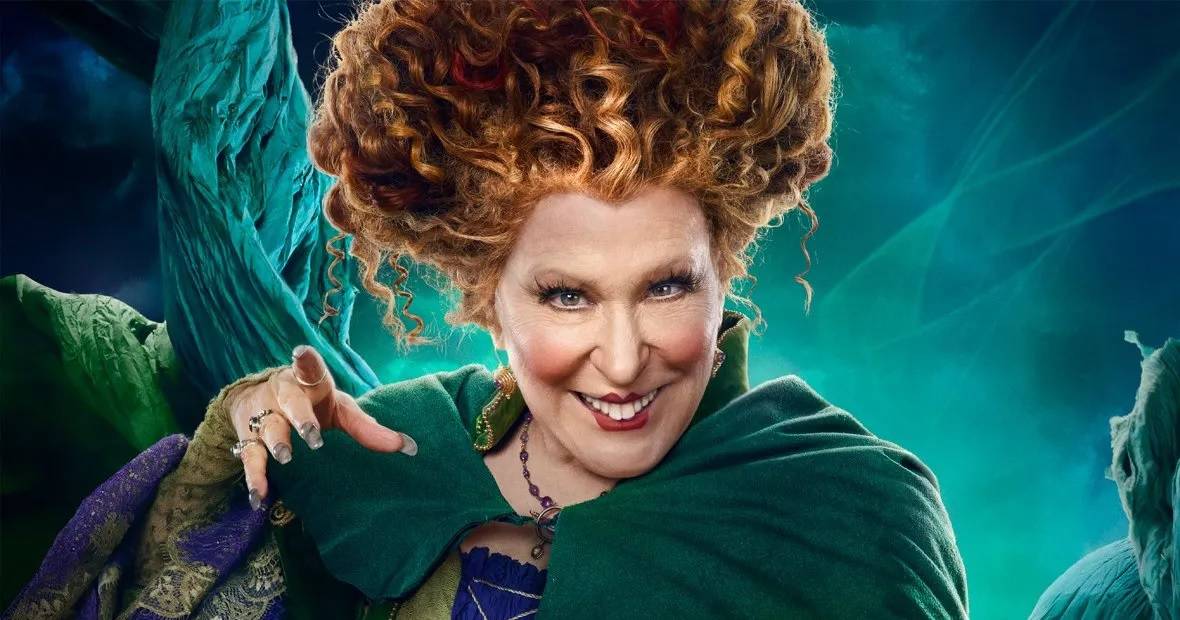 Directed by Anne Fletcher from a screenplay by Jen D’Angelo (Workaholics), the long-awaited sequel Hocus Pocus 2 – which is set to be released through the Disney+ streaming service on September 30th – sees Bette Midler, Kathy Najimy, and Sarah Jessica Parker back in the roles of the Sanderson Sisters. And now a trio of character posters has been released to give each of the Sanderson sisters their time in the spotlight. You can take a look at them at the bottom of this article.

Hocus Pocus 2 has the following synopsis:

Picking up 29 years after a teen named Max lit the Black Flame Candle and resurrected the three 17th-century child-essence-stealing sorceresses, Winifred (Midler), Sarah (Parker), and Mary (Najimy) are now looking for revenge. With the Sanderson Sisters back to terrorize Salem, it’s up to three high school students to stop them. How do you do that? By summoning the wrath of an enchantress, of course.

Those three high school students are Becca (Whitney Peak, Gossip Girl), Cassie (Lilia Buckingham, Dirt), and Izzy (Belissa Escobedo, American Horror Stories). Also in the cast are Hannah Waddingham (Ted Lasso) Tony Hale (Veep), Sam Richardson (Werewolves Within), Juju Brener (Vanquish), Froy Gutierrez (Teen Wolf), Taylor Paige (Earwig and the Witch), and newcomer Nina Kitchen. Doug Jones is reprising the role of Billy Butcherson. It has been said that the opening sequence of the film will give viewers a look at the lives of Billy and the Sanderson sisters in the 1600s.

In modern day (according to Entertainment Weekly), Billy and Sam Richardson’s character Gilbert, “the owner of the Salem Magic Shoppe – an occult tourist attraction operating out of the old Sanderson Sisters cottage”, have their own buddy adventure “going off on the side as the movie plays out”.

Are you looking forward to watching Hocus Pocus 2 this Halloween season? Let us know by leaving a comment below.