September is always Apple’s busiest month, and this time it shook up the Apple Watch, showed the world how the notch should be done, and left last year’s processor in the iPhone 14.

Apple has come a long way since Steve Jobs would name a product by picking from a list his PR firm suggested. You wouldn’t be surprised now if you learned that there was an entire division at Apple Park, dedicated to naming products.

Then sometimes you wonder if there is another department next door, whose job is to see what everyone thinks a product is going to be called — and change it if necessary.

There have been Apple name changes for legal reasons, like the iTV becoming Apple TV because of the UK broadcaster of that name. And maybe the Macintosh SE/30 would’ve sold better if it had gone by what would then have been the logical next name, SEx.

And most entertainingly, there was the term Slate, which everyone was so certain Apple would call the iPad that they rushed to use the term first.

In September 2022, many people were certain Apple was bringing out an iPhone 14 Max. Arguably the name it ended up with, the iPhone 14 Plus, made more sense in the lineup and from what Apple has previously named larger phones.

Yet the certainty about the word Max was not confined to people outside Apple. Even after it was launched, even after you could preorder the iPhone 14 Plus, it turned out that Apple’s website is replete with semi-hidden references to the iPhone 14 Max.

Never underestimate what an astonishingly huge and complex job it is to create, maintain, and update Apple’s website. Making millions of new iPhones every year must be harder, but Apple doesn’t just pull off both, it sweats the details on everything, and that’s what makes it work.

Except for those website references to the wrong name.

And except for bugs and inconsistencies and rather rough edges in this month’s release of iOS 16. The latest betas of macOS Ventura have odd moments where things just don’t seem as polished as usual, but at least Ventura is still in beta.

Still, iOS 16 wobbles and iPhone 14 Pro Max camera shakes aside, this was still the biggest and most anticipated month of Apple’s year. In one go, Apple launched:

If you were to buy the base model of each one of these, it would cost you $5,492. It’s harder to be sure of what it would cost to buy the most expensive versions of each since Apple Watches come with an array of ever more costly bands.

But to buy the top-of-the-range, maxed-out editions of each of these together, you would need at least $8,232 in your pocket.

It’s still true, incidentally, that Apple Watches have a bewildering range of band choices, but the new Apple Watch Ultra is actually the simplest Watch to buy to date. Apart from it being the most expensive in the range at $799, Apple Watch Ultra ships in one case material for one price, and there is solely a GPS version. 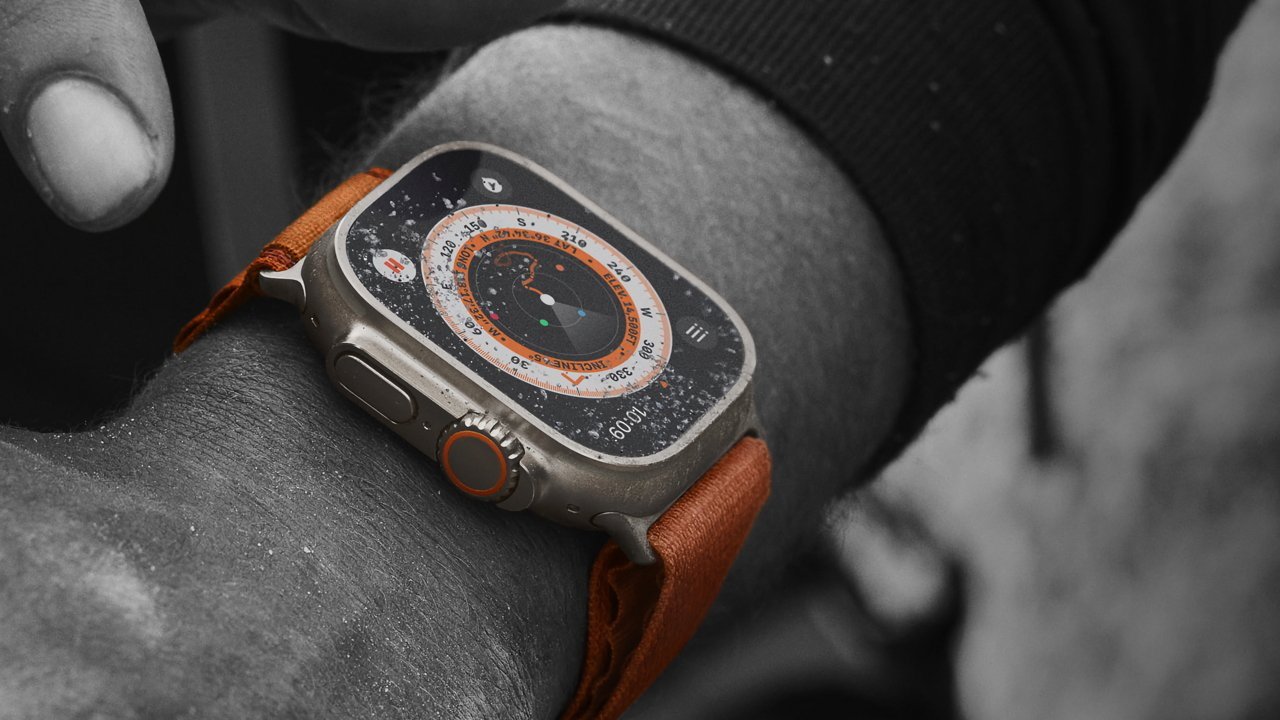 It also comes with the idea that it will be bought only by mountaineering abseilers who like to dive in their spare time. Apple will never tell us how many of anything it’s made or sold, so you can’t really measure success, but of all the new products, the Apple Watch Ultra is one of the few to be sold out rapidly and backordered for weeks.

And it surely can’t be just that all the YouTubers are buying ones to try smashing up. Not when they’re doing that with the iPhone’s new crash detection.

Even though we will never see actual figures, it does look as if the new, large iPhone 14 Plus has failed to catch on. Last year it was the iPhone 13 mini that reportedly was enough of a flop that it got cancelled, it’s going to be curious to see what Apple tries in the iPhone 15 range.

Except it hasn’t set the world alight, either. And nor should it. If you don’t have an iPhone already, the iPhone 14 is an excellent one to get, but if you have any of the iPhone 13 range, then it isn’tt so much.

This is the first year in a while that Apple has effectively made only the smallest changes to the regular iPhone. It’s also definitely the first time that Apple has left last year’s processor in this base model, reserving the new one for the Pro models.

It’s not as if many, or possibly even any, of the millions of iPhone 14 buyers are going to think about the processor. And it’s not as if it means the phone is somehow slow.

But it is as if it means you need to think twice before paying between $799 and $1,099 for an iPhone 14. And it looks as if people have thought twice.

This business of having the older processor in the base models and the new one in the Pro editions does make that divide clearer. In a year where there isn’t very much to distinguish the iPhone 14 range from the iPhone 13 one, there is at least this clear water between the base and the Pro versions.

Maybe that’s precisely why Apple did it, in which case it’s likely that the company plans to continue doing it with the iPhone 15 range. Or it might be something to do with the global chip shortage, perhaps with the yields of the new processor not being that hot.

If there’s going to be a gap between the models, though, it should be wider. At the launch, Apple was quite deft in how it elected to compare the new A16 Bionic with 2019’s A13 Bionic, but not deft enough.

The chart showing how incredibly better the A16 Bionic is over the A13 Bionic had the small flaw that actually it looks like the new one is only about a fifth faster. And it had the large flaw that you knew instantly Apple said it this way because there is little difference between this A16 Bionic and last year’s A15 chip.

Where the differences count

The Apple Watch Ultra sold out quickly, and so did the iPhone 14 Pro Max. More so than the iPhone 14 Pro, the Max version slipped straight into backorder practically before Apple’s preorder page could finish loading.

Apple would have you believe that this is the best smartphone ever made, and you’d have to be a really blinkered Android fanatic to disagree. DisplayMate tried to put some figures on how good the display is on the iPhone 14 Pro Max and has ended up having to change its measurement scale to accommodate it. 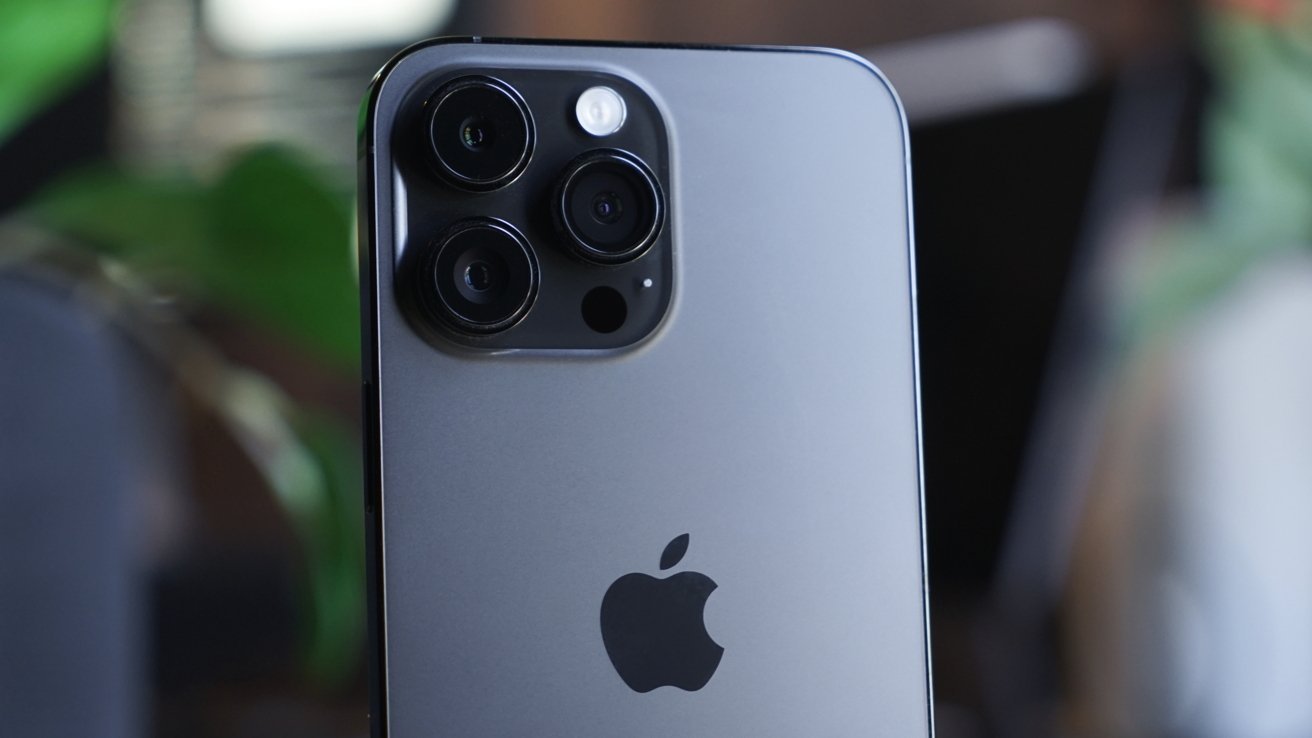 To which you have to shrug at the Android fans, perhaps even as you point out that there are now more iPhones in active use in the States than all Android phones combined. And you can then point everyone else to what could be the sweet spot in the entire range — the iPhone 14 Pro.

For the balance of features, price, and ability to use at least half its functions with one hand, the iPhone 14 Pro is a winner. Unless you have an iPhone 13 Pro, in which case you’re going to have to really, really want the new Dynamic Island.

Fortunately, everyone wants the new Dynamic Island. Including Android users.

Plenty of people also want the 48-megapixel camera in the two Pro models. For years, Apple has been saying that 48mp isn’t the important thing, but it’s what you do with the megapixels you’ve got.

To be fair, Apple still says size doesn’t matter. To the extent that, by default, it hides the ability to shoot in 48mp, and if you do, it likes to process that down to a 12mp shot.

When you do shoot ProRAW 48mp, though, the resulting image does look good. It looks so good that it’s worth how those shots take so long that you could bring sandwiches.

The sound of silence in the new AirPods Pro 2 is rather good, too. Visually there hasn’t been much of an update since the original AirPods Pro, so if you’re more concerned about looking good than anything else, you can carry on using the old ones without anyone noticing.

If you’re into the sound quality, though, or you’ve had your original ones long enough to see the battery make its inevitable decline, then AirPods Pro 2 sound better.

They also make the world sound better through noise canceling, and the new Adaptive Transparency — which may or may not be coming to the original AirPods Pro in an update.

It wasn’t all about product releases

September will be remembered for all that Apple released, but there was also the usual attention on everything that it didn’t. Plus there was the unusual attention paid to the Apple Car, which a new survey listed as highly rated by drivers — even though it doesn’t exist.

More than the Apple Car not existing, Apple is still not even admitting that there could be one. So it’s pretty impressive that Apple is so associated with quality that it’s why those car drivers already rate it so well.

It’s almost as if Apple doesn’t need to advertise, as the word of mouth it gets anyway is so strong. But Apple has never been shy about advertising, and this month it was revealed that it was expanding its ad sales.

That’s about how it sells advertising space to other companies, and the questions are about how much it sells them. Also, how much Apple is benefiting from its own privacy features, which are so harming the profits of others, such as Facebook.

But for all that, Apple is a business, and an incredibly successful one, it still isn’t all sell, sell, sell. On September 8, Apple completely dropped its whole website homepage and replaced it with a tribute to the UK’s Queen Elizabeth II. 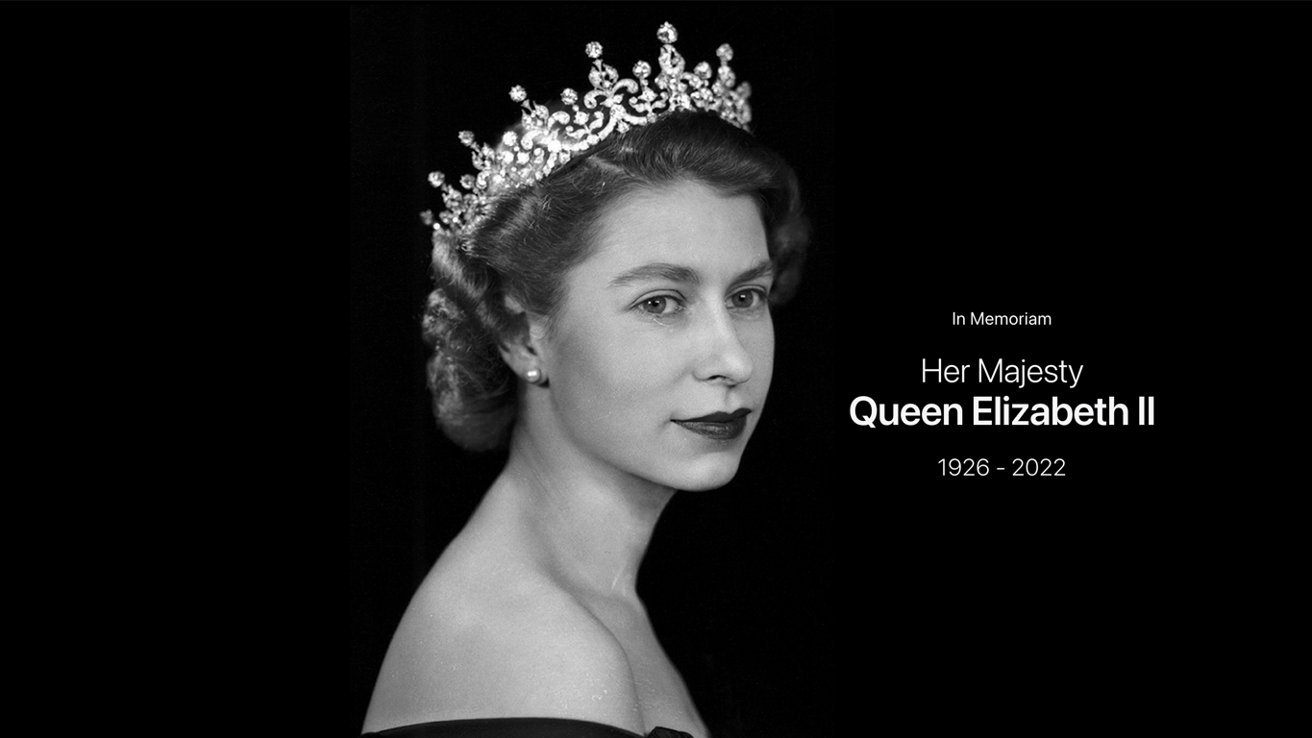 When she was born, the telephone was 50 years old. The first satellite wasn’t launched until she was 32 — some six years after she took the throne. And yet when she died, we could each of us be holding a phone that connects to satellites.

Or we could if we live in the US and Canada. And if we got our preorder in on time.