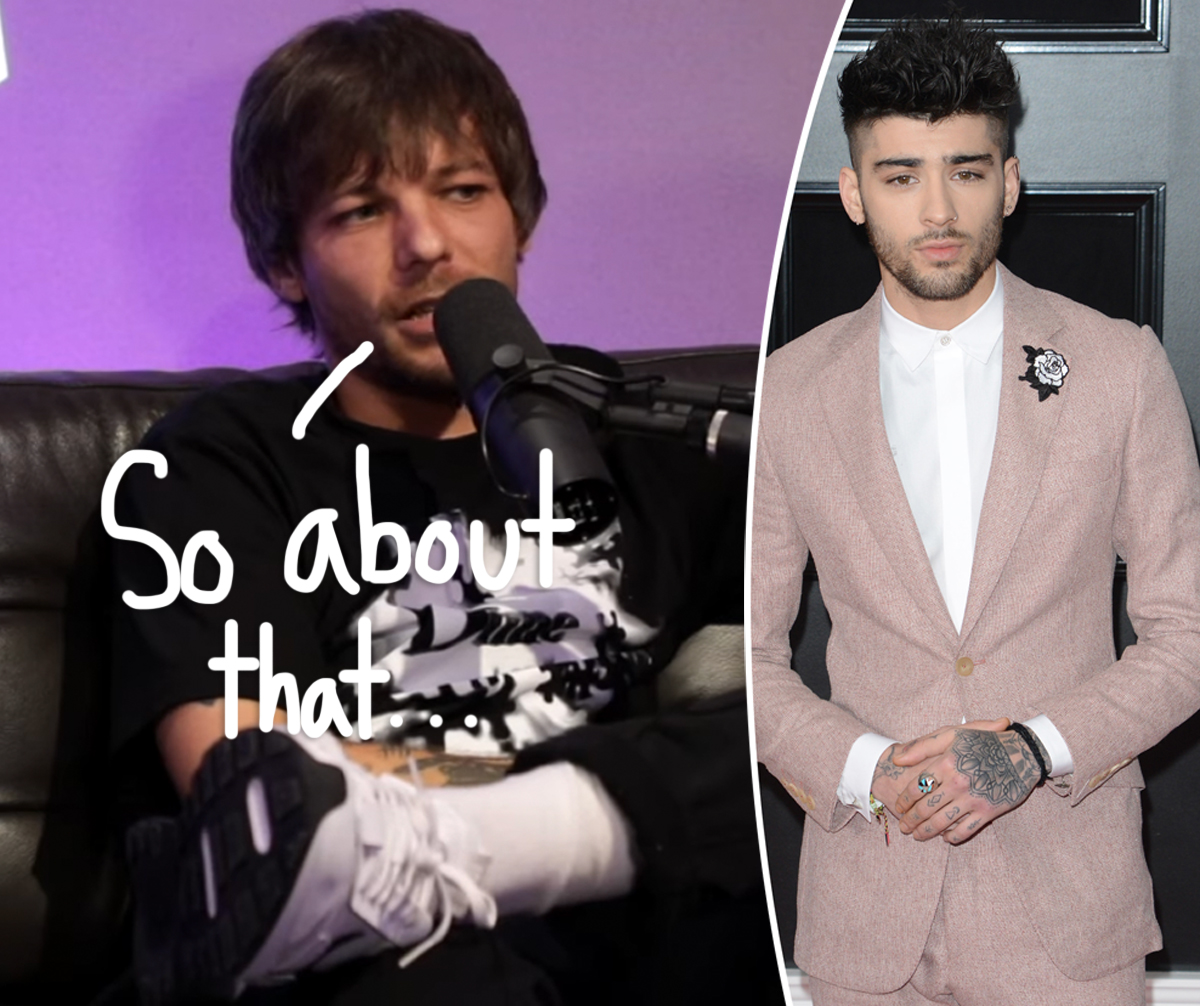 Louis Tomlinson is getting real about his relationship with Zayn Malik.

As you know, things have been tense between the two ever since the Dusk Till Dawn singer departed from One Direction and got into a heated exchange with Louis over Twitter. And during an appearance on The Zach Sang Show this week, the 30-year-old singer opened up about where he stands with the former band member. When asked by host Zach Sang if Louis and Zayn are still friends, he shrugged and replied:

“You’d have to ask him. I could be wrong, but I believe I said, when you asked me a similar question before, I believe I said, ‘I don’t think I’m mature enough to get over what’s frustrated me in that relationship.’”

Related: X Factor UK Sets Record Straight After Liam Said One Direction Was Built Around Him!

While Louis doesn’t know if he can get over their drama right now, all hope is not lost as he is “closer” to moving past everything than he has before. The X-Factor UK alum revealed:

“I don’t know if I’m mature enough now, but I’m definitely closer to being over all that. There’s been numerous times over the last couple of years where I’ve thought about him and hoped he’s alright.”

In fact, he shared he has “tried to get in touch” with Zayn over the years – though unsuccessfully, admitting that “it’s hard.” Nevertheless, Louis wishes his former bandmate “well” at the end of the day. The good news for fans who are heartbroken over them not being in a good place still? Louis is adamant that there could be a reconciliation between them in the future, saying:

“I think in time. I think we just have to bump into each other ’cause neither of us have each other’s number. I suppose maybe social media might be the way.”

It could be – especially since the father of one was spotted liking some of Zayn’s posts singing One Direction’s songs on social media, including a cover of Night Changes. Ch-ch-check it out below:

When the host pointed out that Louis had liked the Instagram covers, he gushed that the Pillowtalk artist is “a different caliber in terms of singers,” explaining:

“I wasn’t just liking it for the sake of liking it. It was a nice feeling ’cause in the past, he’s said what he’s said about the band, and I understand some of what he was saying. For me, in those videos, it showed he was reflecting. It showed he was thinking about those times. Of course, at the same time, showing off his incredible voice.”

“That’s why it made me feel good ’cause it was like, ‘Ah maybe you’re thinking about good times in the band.’”

Well, this is certainly a far cry from fellow band member Liam Payne telling everyone on the Impaulsive podcast with Logan Paul that he still “dislikes” Zayn! Who knows! Perhaps we will one day see a reconciliation between Louis and Zayn. You can ch-ch-check out the entire interview (below):

Reactions, Perezcious readers? Let us know in the comments below.