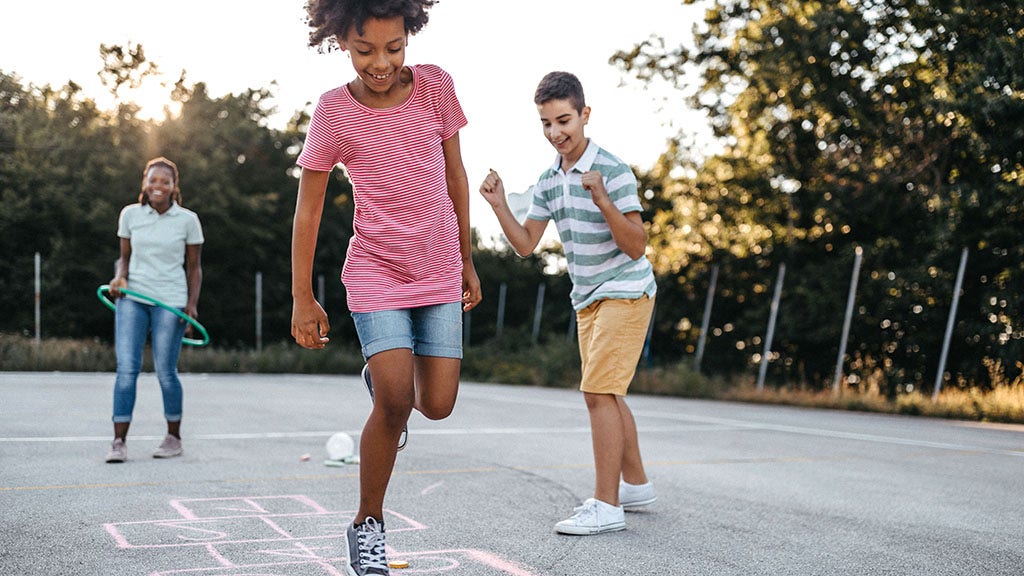 The concept of “sittervising” — allowing children to play among themselves, without direct parental intervention — is beneficial to both the child and the parent, according to several parenting experts.

The term “sittervising” was popularized in an Aug. 10, 2022, blog post by Seattle-based mom Susie Allison, entitled, “Why you’ll find me sittervising.” Yet people have been using it on TikTok and other social media platforms since at least early 2021, an internet search for the term reveals.

Allison describes herself as a “former teacher with a master’s [degree] in early childhood education and a mom to three kids” and said she’s been using the term “sittervising” for years.

Mom blogger Susie Allison of Seattle says that “sittervising” is beneficial to both child and parent. Plus, as a practical matter, “parents cannot dedicate 100% of their time to play with [their] children,” she said.
(Dannie Melissa Wit (Abeille Photography))

“My community members are thrilled to see sittervising expanding out, and the reaction has been positive,” she told Fox News Digital via email.

Noting that sittervising has benefits for both the child and the parent because “parents cannot dedicate 100% of their time to play with children,” she said that parents “have other jobs to do, whether that’s a job outside the home, inside the home or to make the home function.”

“Speaking for myself, it’s boring to always be playing with your kids. Let’s just state it frankly,” said Lenore Skenazy of Let Grow in New York City.

She added, “When parents dedicate all of their time to facilitating play for children, they do that at the sacrifice of their other work. Parents are then forced to do a day’s worth of work after kids go to bed. This leads to parent burnout, guilt and stress.”

The “seismic shift” in attitudes toward parenting was evident in the late 1990s, said Allison. That decade saw “parents dedicating more of their time, money and resources to raising children in a way not seen in previous generations,” she said.

OHIO WOMAN’S SECOND BABY KILLED ‘AS A RESULT OF CO-SLEEPING’: WHAT IS CO-SLEEPING?

Social media, she said, turned parenting into something that is “pinnable” and “postable,” with parents becoming competitive as they compared themselves to other parents and how they were raising their children.

Adults, by interfering in children’s play, can shift kids’ plans and directions in an effort to keep all players happy, suggested blogger Susie Allison.
(iStock)

“Somewhere, the idea that raising children requires parents to facilitate every aspect of the child’s life — including their play — became the norm,” she said.

Allison added that in trying to “be the absolute best and most present parenting generation,” we have accidentally “changed the fundamentals of how children learn and develop, and added untold amounts of pressure and stress onto our own parenthood.”

Lenore Skenazy, president of Let Grow, a nonprofit that promotes childhood independence, is also founder of the Free-Range Kids movement. She agreed wholeheartedly with Allison’s sentiment and the concept of “sittervising.”

“[Helicopter parenting] is one of these things that accidentally caught on. I don’t think anybody likes to do it,” she said.

“Speaking for myself, it’s boring to always be playing with your kids. Let’s just state it frankly.”

Skenazy said the idea of parents “crawling on the ground” and playing with their children is unheard of in many foreign countries.

“When I was raising children, we prided ourselves on our kids’ independence and ability to navigate their world,” said one Baltimore grandmother.

“And in our culture, it started becoming normalized, and then it became that parents would worry if they weren’t doing these things — were they good enough parents,” she said.

Taking risks and being left alone were considered normal parts of childhood until very recently, Skenazy explained. It’s been her experience that parents themselves seem to have forgotten about this.

AINSLEY EARHARDT OF ‘FOX AND FRIENDS’ REVEALS THE STRONG FAITH BEHIND HER NEW BOOK, ‘I’M SO GLAD YOU WERE BORN’

“I always ask most parents to think back on something that they absolutely loved doing as a kid,” she said, referencing some of the talks and presentations she gives to groups.

She said she then asks people to raise their hands when they think of what they loved.

We have accidentally “changed the fundamentals of how children learn and develop, and [have] added untold amounts of pressure and stress onto our own parenthood,” said mom blogger Susie Allison.
(iStock)

“And then I ask, ‘OK, was your mother right there?’ And if I’m doing it with a lecture, everybody’s hands come down,” she continued.

With the normalization of sittervising today, Skenazy said she hopes that parents will come to realize that they are not harming their children if they back off a bit.

“I think parents might need to kind of be reassured,” she added, that they’re not “traumatizing” their children by parenting them in this way.

One grandmother from the greater Baltimore area told Fox News Digital that in her day, what is now termed “sittervising” was the “strong and confident” way that kids were raised.

“Back when I was raising children, we prided ourselves on our kids’ independence and ability to navigate their world,” she said.

“Now, I think parents pride themselves on their ‘closeness’ with their kids — but I think it is more a matter of controlling their kids,” she also said.

“Good parenting often means taking yourself out of the equation and trusting that they can find their way alone.”

Christine Rousselle is a lifestyle reporter with Fox News Digital.