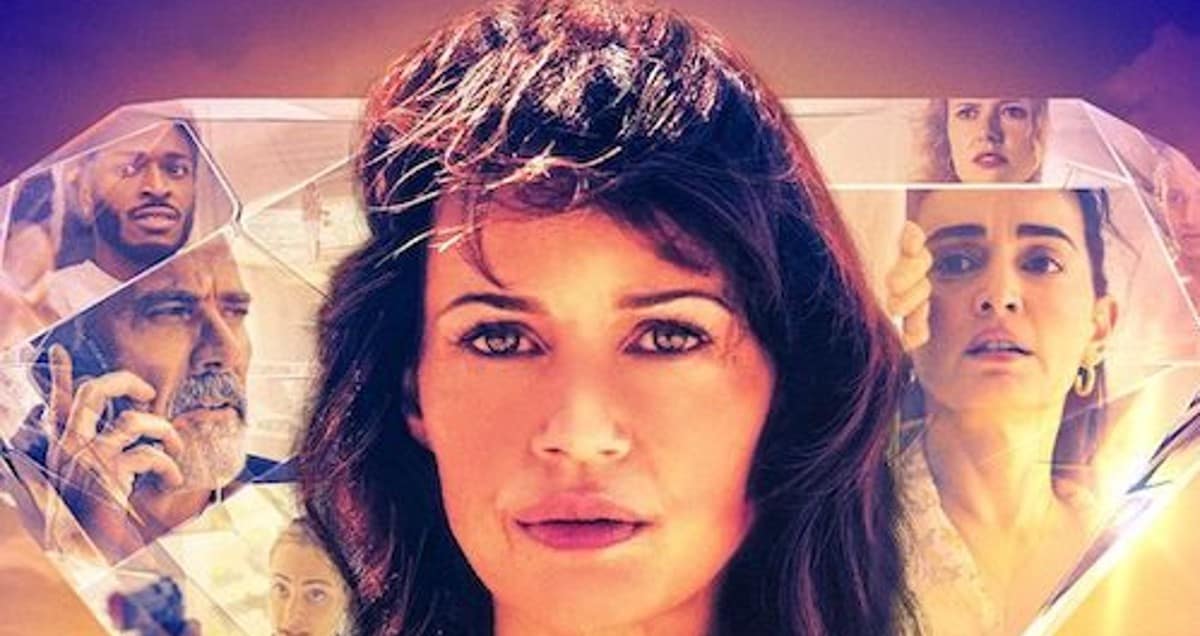 Plot: A criminal gang takes two women and their guests hostage when they seek shelter in a remote paradise, where secrets, betrayals and desires bubble to the surface as everyone awaits their fate.

Review: Never underestimate a well-crafted heist. A masterfully constructed plan, whether or not it goes awry, is always a sight to behold. Like a Rube-Goldberg Device or painstakingly arranged rows of dominoes, I am a sucker for a good heist story. Over the years, film and television have played home to stellar examples of this but many are focused on trying to one-up what came before rather than revel in the story itself. Sebastian Gutierrez’s latest project, the Peacock original series Leopard Skin, is a prime example of the pulpy fun you can get out of a heist and its aftermath by pitting a group of characters opposite one another with only the prospect of survival driving them. Leopard Skin is like a game of Clue but way sexier.

Unfolding like the drug-fueled love child of Wes Anderson and Quentin Tarantino, Leopard Skin opens with the stunning landscape of a secluded beach in Mexico. Right off the bat, we know that this series is going to focus on beauty, both in geography as well as physicality. Without missing a beat, we are plunged into the narrative without much orientation, an intentional approach that immediately makes us curious about who these characters are as much as it does try to figure out what is going on. We first meet Carla Gugino (Gutierrez’s real-life partner and frequent collaborator), the resident of the home that will be the center of this tale. As Alba Fontana, Gugino brings her signature sultry voice to a character who at first seems stoic until we begin to learn more about her as the series unfolds. Alba resides in the home with Batty Ferreira (Gaite Jansen) and, at first, the nature of their relationship is as much a mystery as anything.

It is the mysterious nature of this entire ensemble that drives Leopard Skin. From former maid Inocencia (Ana de la Reguera) to the vivacious Maru (The Haunting of Bly Manor‘s Amelia Eve) to the thieves that upend their lives including Sierra Loba (Nora Arnezeder) and Clover Braun (Margot Bingham), this series is never shy from appreciating the physical beauty of this cast. That is not relegated to just the female cast as documentarian Max Hammond (Philp Winchester) and thief Fausto Malone (Gentry White) have their fair share of gaze-worthy moments. There is also a great performance from Jeffrey Dean Morgan as LaSalle, the mastermind behind the entire heist. In fact, it is in Morgan’s first scene that we learn a lot about what Leopard Skin is and is not.

Presented in a Miami hotel room bathed in red and blue light, LaSalle cooly explains the plan for the heist at the center of this story. But, as he relates the players and the rules of the game, the person he is talking to shifts between multiple characters. It is a delicately structured sequence that plays with the convention of who knows what is going on and whether we as an audience even truly know how much the characters understand about their situation. It is a perfect example of what Gutierrez delivers through the entire series. Shifting the timeline back and forth and peppering incongruous moments that may mean more than you initially think, Leopard Skin often feels like a sexy film noir paired by a David Lynch sensibility. But, instead of Lynch’s lens of body horror we instead get Gutierrez’s eye for capturing desire and emotion.

Sebastian Gutierrez has always been able to present female-centric stories across all genres with casts of strong, diverse actors who imbue his films and series with an appreciation for sex and never use it as an element of shame or debasement. From horror (She-Creature) to camp and comedy (Women in Trouble and Elektra Luxx) to the underappreciated crime series Jett, Gutierrez knows how to empower the actresses in his films to own their presence on screen and subtly dig into the psychology of their actions while still making them look damn good. What makes Leopard Skin so interesting to watch is how the structure of the series completely defies convention. It is not common to see a dramatic tale like this released in half-hour chapters, but it keeps the pace propulsive and the mystery present.

Leopard Skin is a puzzle full of clues that lead to discovery while others are red herrings that build the tension between the characters. It is also a mystery that does not necessarily need to be solved. I am sure some viewers will be confounded by this but I found that it grabbed my attention and held it for all eight episodes. Whether you ultimately buy into this story may not be important as it is visually charged, intellectually rewarding, and sexy as hell. Sebastian Gutierrez knows how to shoot a sex scene in a way that is both erotic and enthralling and those may be two of the best words to describe Leopard Skin as a series. 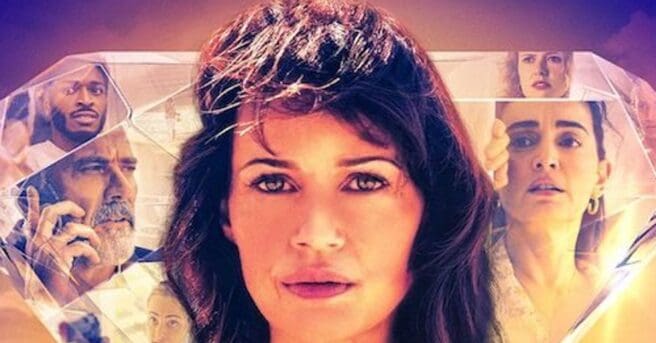