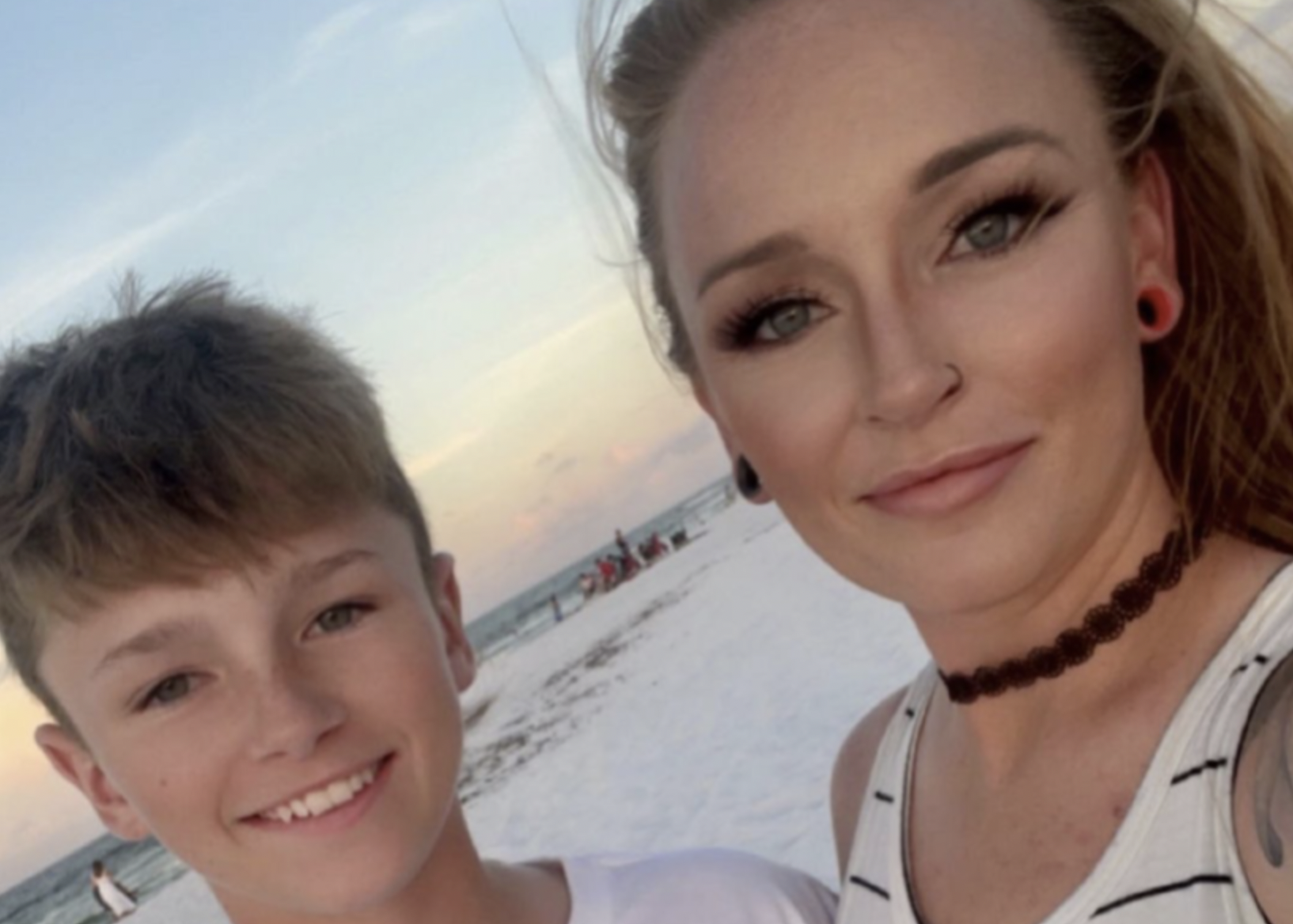 Maci Bookout has been in the news a lot lately thanks to some revealing interviews the MTV star has given while promoting the current season of Teen Mom: The Next Chapter.

In many of these interviews, Maci has discussed her children, specifically her eldest, 13-year-old Bentley.

Bookout recently surprised some fans by admitting that she has no contact with Bentley’s father, Ryan Edwards, who apparently sees very little of his son.

Fortunately, Bentley has a close relationship with his mother, who doesn’t shy away from speaking honestly about the decisions she made when she wasn’t much older than he is now.

“I feel like the authenticity of our show in the early days, it’s kind of unmatched,” Maci said in recent interview with Page Six (via The Ashley’s Reality Roundup).

“And I feel like it’s a great, real, raw, human example of, ‘Hey, this is life and this why every decision you make matters.’”

So how does Maci feel about watching the show with her son now that he’s a teen himself?

Well, it seems the subject matter hits home harder than ever as her eldest approaches high school age.

“Obviously, I was a teen mom. And as I’ve gotten older, I’ve realized more and more I was a kid having a kid and was a kid raising a kid,” she said.

“I think with Bentley getting so close to 16, it really just puts that into a whole kind of different perspective of, ‘Yeah, you were a baby having a baby,’” Bookout continued.

“He’s a great kid … Bentley’s mature and he’s very wise beyond his years and still, I’m like, ‘There’s no way [he can be a parent now].’”

On a recent episode of Next Chapter, Maci was asked by her mother how she plans to prevent Bentley from becoming a teen parent himself.

Quite sensibly, Bookout merely stated that she just hopes her will learn from her example and use protection when the time comes

Well, we suppose watching early episodes of the 16 Pregnant/Teen Mom franchise would encourage any kid to use protection.

Then again, Maci made a career out of getting knocked up in high school, and at 31, she’s never had to work a real job in her life.

It’s good that she’s talking to her kids about becoming a mom while she was still in her teens.

But hopefully she glosses over the part about how they’d likely be living in a much smaller house if she had waited until her twenties!

We kid, of course.

We’re sure Maci’s conversations with Bentley are frank and straightforward.

Besides, if she ever wants to discourage the kid from becoming a young dad, she can just point at his father and say, “You don’t want to end up like THAT, do you?!”