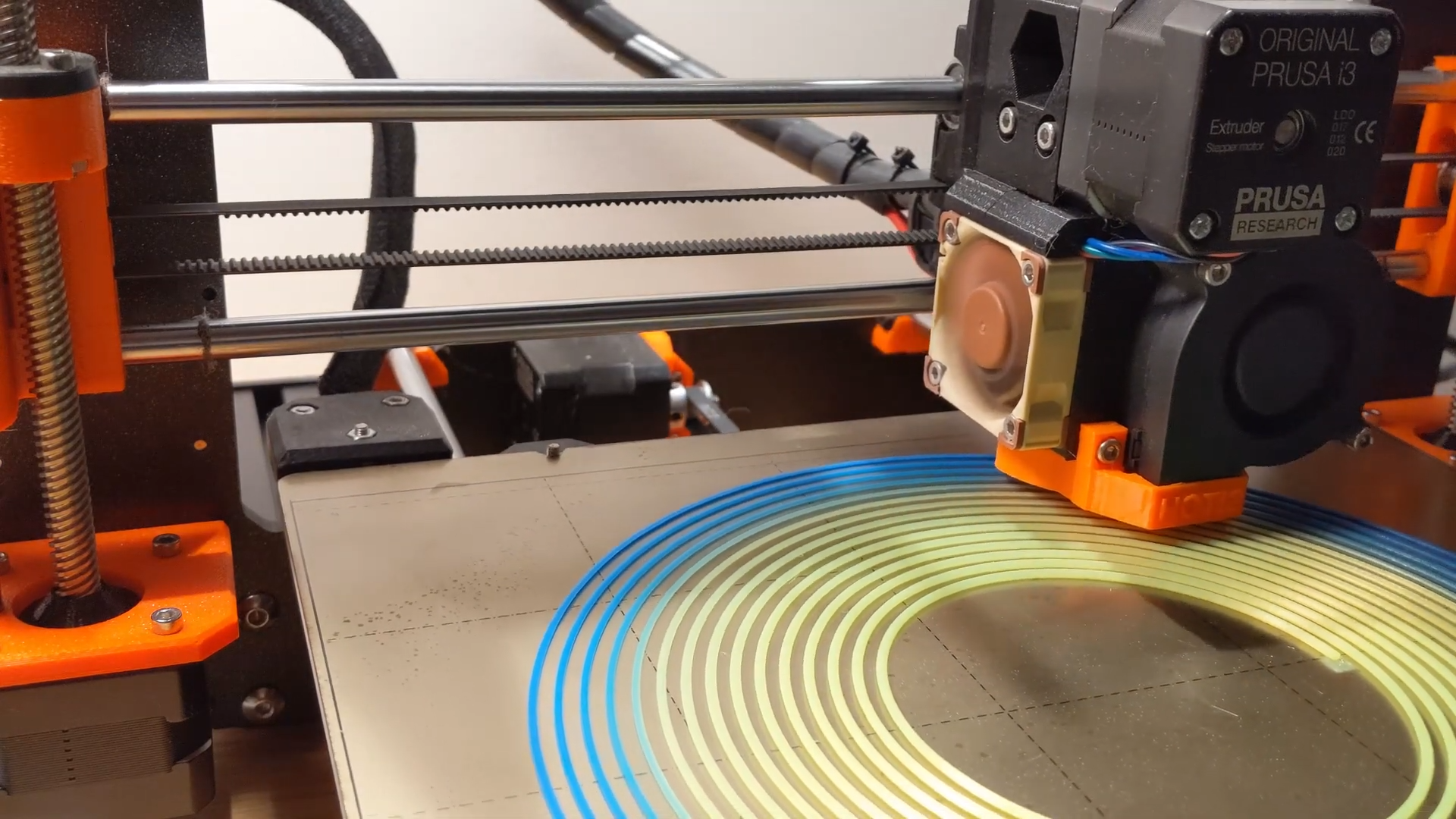 Color gradient filament is fun stuff to play with. It lets you make 3D prints that slowly fade from one color to another along the Z-axis. [David Gozzard] wanted to do some printing with this effect, and learned how to make his own filament to do the job.

[David] intended to 3D print a spectrogram of a gravity wave, and wanted the graph to go from blue to yellow. Only having a single-color printer, he needed color shift filament, but couldn’t find any blue-to-yellow filament online.

Thus, he elected to create it himself. He started by creating a spiral model in Fusion 360, with a hexagonal cross-section and slowly tapering off to a point. Slicing and printing this in blue results in a filament that slowly fades down to a point. The opposite shape can then be printed in yellow, tapering from a point up to a full-sized filament. The trick is to print one shape, then the other, by mashing the G-code together and changing the filament from blue to yellow along the way. The result is the blue and yellow plastic gets printed together into a single filament that gradually changes from one to the other.

Notably, the filament is smaller than the original filaments used to create it, so it’s necessary to run slightly different settings when using it. [David] has shared the models on Thingiverse for those eager to recreate the technique at home. His resulting gravity wave print is impressive, demonstrating that this technique works well!

We’ve seen similar different techniques used for creating multi-color filaments before, too. Video after the break.