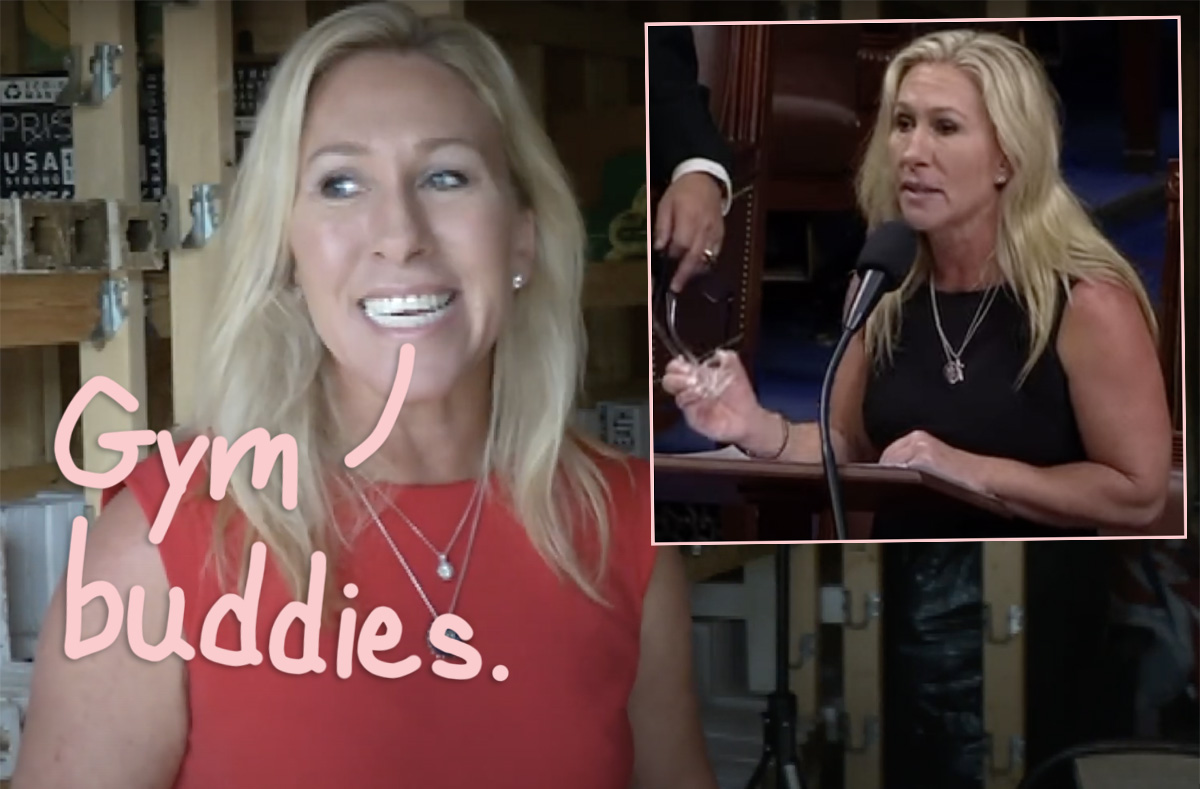 Perry Greene filed for divorce from the Donald Trump-loving MAGA Republican earlier this week. In his claim, the man asserted the marriage is “irretrievably broken.” The couple had spent 27 years together, and raised three children, but now things have apparently fallen apart for the Georgia congresswoman and her now-estranged partner.

The recent divorce news has come as a shock to some, but insiders looking deep into Greene’s past have discovered lots of dirt there.

For one, this new bombshell filing on Perry’s part is actually the second divorce move that’s gone on between the couple. Back in 2012, Taylor Greene was the one who initiated divorce proceedings! That same year, according to old court papers previously obtained by DailyMail.com, the 48-year-old Congresswoman allegedly cheated on her husband with a “polyamorous sex guru” identified as Craig Ivey.

The decade-old court papers claimed Greene met Ivey at her gym in Alpharetta, Georgia. Interestingly, Ivey — who describes himself as “living a warrior lifestyle while finding tantric love” — appears to be a Black Lives Matter supporter. In one old photo on his Facebook account, per The Sun, the man can be seen wearing what looks like a “Make America Great Again” hat. But the red cap actually reads “Made You Look, Black Lives Matter.”

Later in 2012, per the same prior divorce papers, Greene allegedly had a second affair with a man identified as Justin Tway. But months after the divorce drama first went down in court, it suddenly ended! In September of that year, two months after Greene filed for the split, she withdrew the divorce petition. In an accompanying court filing, she claimed she’d reconciled with Perry.

Her former boss at the CrossFit gym at the center of this drama in Georgia previously spoke to the Daily Mail about the bizarre dynamic between MTG and her now-estranged husband. Recalling how open she was about her alleged infidelities at the time, Jim Chambers explained:

“She socialized a lot with us. I remember one particular pool party where she was lying draped over Craig’s lap drinking a beer. She was quite open about it. We all thought her marriage was falling apart. But then I took my son to her son’s birthday party and things seemed totally normal between her and her husband, even if they were a little lukewarm.”

Nothing like those family values Republicans really showing off their character, right?!

After that claim first came out last year, Greene called the allegation “ridiculous tabloid garbage.” Both Tway and Ivey have more recently turned down interview requests to talk further about Greene, though. In fact, Tway told the same outlet that “everything with her comes to no good” when they queried him about his alleged involvement with her.

Related: Emily Ratajkowski Weighs In On Adam Levine Amid Her Own Divorce & Cheating Scandal!

Now, it appears as though the end of the line has come for MTG’s marriage. Of course, if the prior decades near-divorce drama is any indication, perhaps reconciliation could still be in the cards. Still, ALL that old dirt is now coming back to the surface amid this new filing. And TBH, it doesn’t look great for the alleged serial cheater!! Reactions, Perezcious readers?