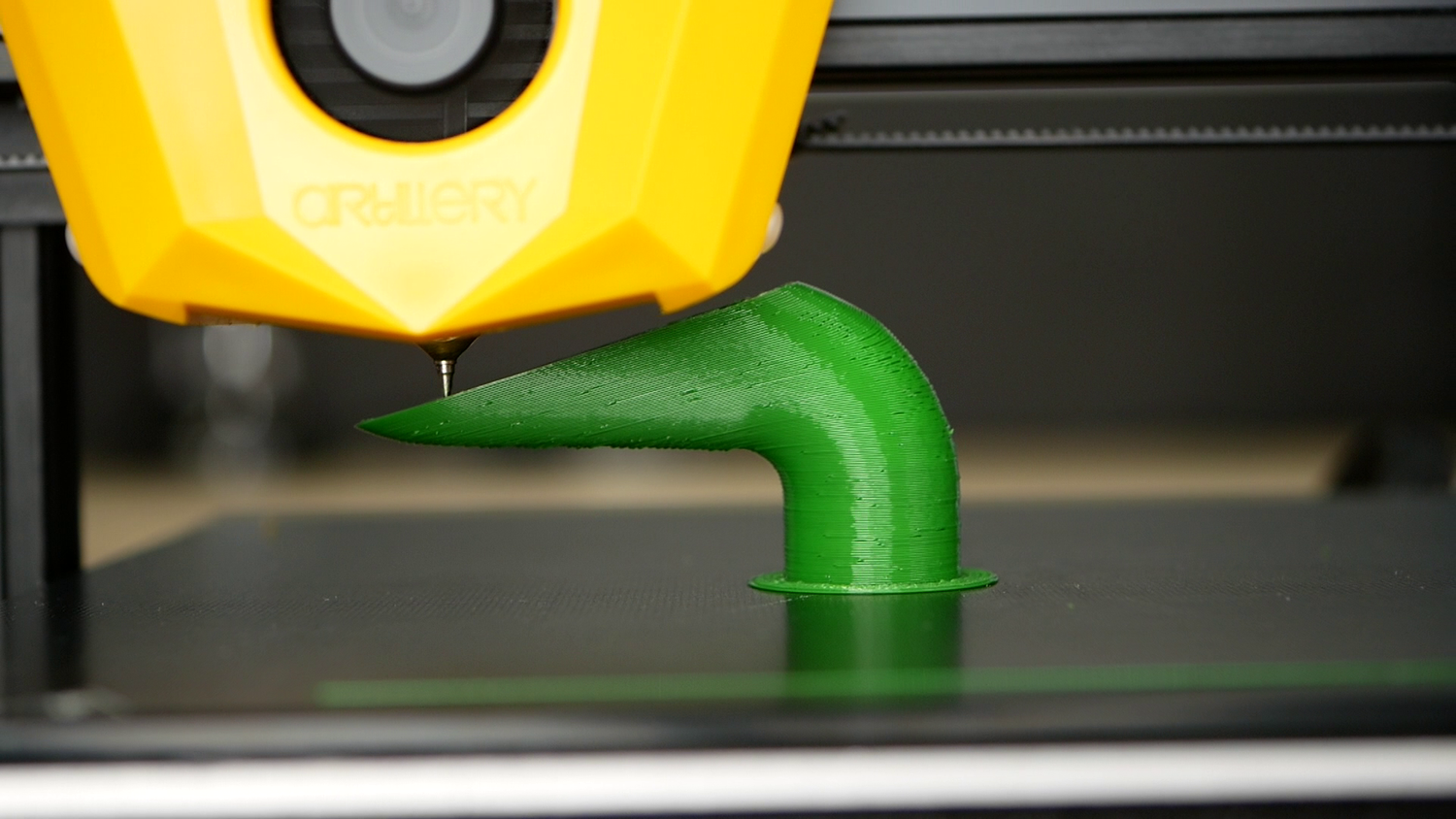 Fleetwood Mac puns aside, very little has changed about how we “slice” models for printers in the last 30 years. However, [Stefan Hermann] of CNC Kitchen has a demo that tries to change all that by slicing conically.

For the uninitiated in the dark arts of printing in the third dimension, the canonical definition of non-conical slicing has been to bisect the model at layer height intervals and generate the perimeter and the infill, then output that as g-code. This is easy to implement mathematically and works reasonably well, except when you have overhangs of more than about 60 degrees on most printers. The idea of slicing in a cone rather than a plane isn’t entirely novel as we previously covered RotBot, which offers a vertical axis of rotation and a print head at 45 degrees. What is extraordinary is that the technique [Stefan] walks you through is done with a stock printer without a complex 45-degree tilt and is a software modification rather than a hardware tweak.

[Stefan] references earlier work done by [Michael Wüthrich] of ZHAW School of Engineering, who wrote some scripts that apply the transformation. The slicer is SuperSlicer, a fork of the PrusaSlicer, which is itself a fork of slic3r. The modified g-code is exported and can be sent to a printer of your choice. He even has a link to a pre-sliced model to try it out.

Of course, different printers have different clearance levels, but the Prusa Mini he uses has 16 degrees of clearance with the sensor pushed up. The code is on GitHub. It’s fascinating to note how all these techniques and forks interact and build off each other. Whether tilted slices, conical slices, or something else ultimately becomes the de facto standard, we’re looking forward to more options for slicing.

Video after the break.