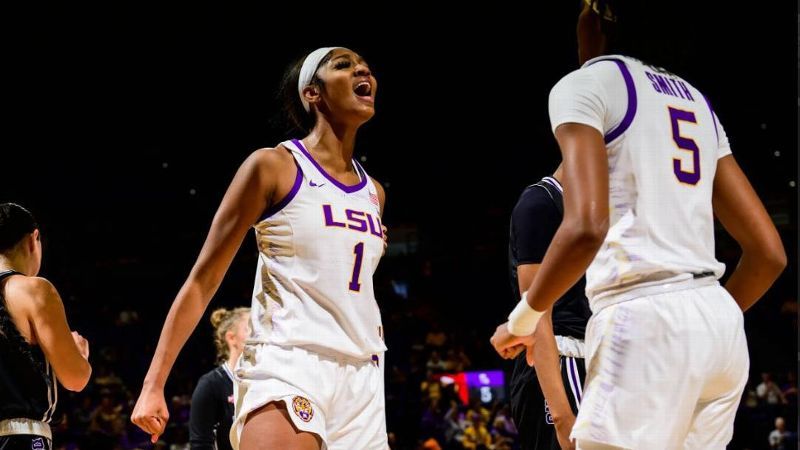 Angel Reese led the Tigers with 21 points and 19 rebounds as she secured her sixth double-double through her first six games with LSU. Reese has had 15 or more rebounds in her last five games.

A big first half boosted the Tigers to 28-point victory despite a slow second half.

Freshmen Sa’myah Smith (14) and Flau’jae Johnson (10) scored in double figures in their first away game as a Tiger. Other Tigers that scored in double digits were Alexis Morris (13) and LaDazhia Williams (13).

The Patriots were led by Sonia Smith with 15 and Taylor Jameson with 11. George Mason attempted 30 three pointers compared to LSU’s 11.

With the win, LSU will match up against UAB on Saturday at 1 p.m. CT. That game will also stream on FloHoops. UAB and George Mason will play Friday afternoon.

Check back later for full recap.