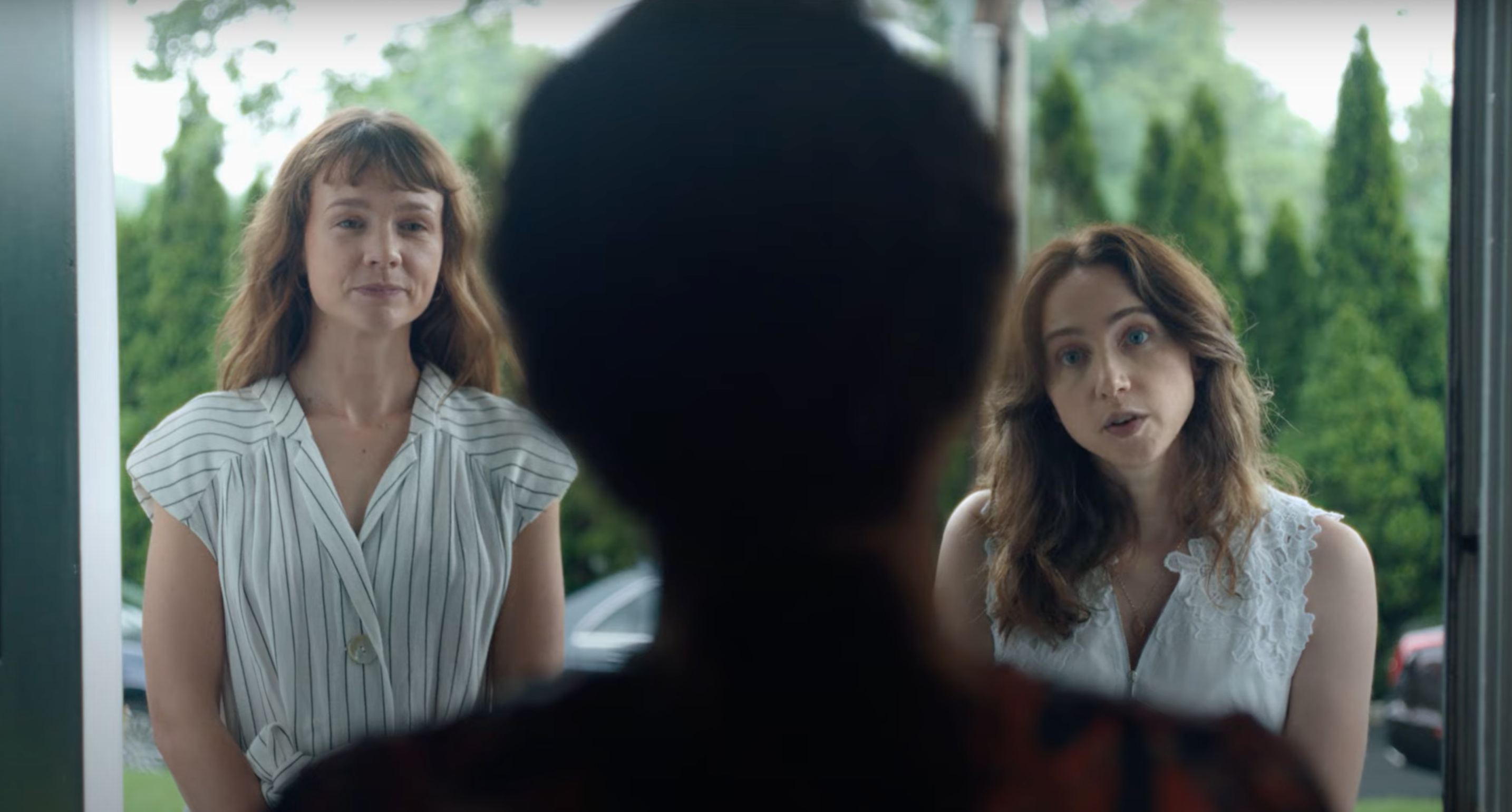 The 60th edition of New York Film Festival is upon us. Kicking off today and running through October 16, this year’s program boasts the world premiere of buzzy titles such as Maria Schrader’s “She Said,” a look inside how Pulitzer Prize-winning New York Times journalists Jodi Kantor and Megan Twohey helped expose Harvey Weinstein, and Chinonye Chukwu’s “Till,” the story of Mamie Till-Mobley, an educator and mother who sought justice following the murder of her son, Emmett Till. “She Said” and “Till” are among our most anticipated titles screening this year. We’ve collected some other highlights below. This list is by no means exhaustive — other titles we’re looking forward to include a 4K restoration of “The Long Farewell,” Kira Muratova 1971 psychodrama about a mother and son.

“She Said” – Directed by Maria Schrader; Written by Rebecca Lenkiewicz

What it’s about: In this thrilling new drama detailing the New York Times’ investigation that uncovered decades of sexual harassment and assault in Hollywood, Zoe Kazan and Carey Mulligan play journalists Jodi Kantor and Megan Twohey, whose efforts would ultimately help ignite the #MeToo movement.

Why we’re excited: The fact that this film is helmed by Maria Schrader, the breakout, Emmy-winning director behind “Unorthodox” — who also happened to make one of our favorite films of 2021 — would be reason enough to be excited about this film. We’re also thrilled by the prospect of seeing Carey Mulligan and Zoe Kazan share the screen. And that’s to say nothing of “She Said’s” subject matter.

With impressive talent on-screen and behind the scenes, this look inside how two journalists helped take down a Hollywood titan who was thanked in more Oscar speeches than God promises to be an illuminating exploration of how the entertainment industry — and society more generally — silences survivors of sexual abuse. Like Kantor and Twohey, “She Said” will uncover the deep, disgusting rot just beyond the surface of the silver screen, and help ensure that the voices of the women Harvey Weinstein spent so much time, money, and power keeping quiet are heard by the world. Weinstein’s downfall didn’t just reshape Hollywood: It brought long-overdue conversations about consent, power dynamics, and victim-blaming to fore in the mainstream media. 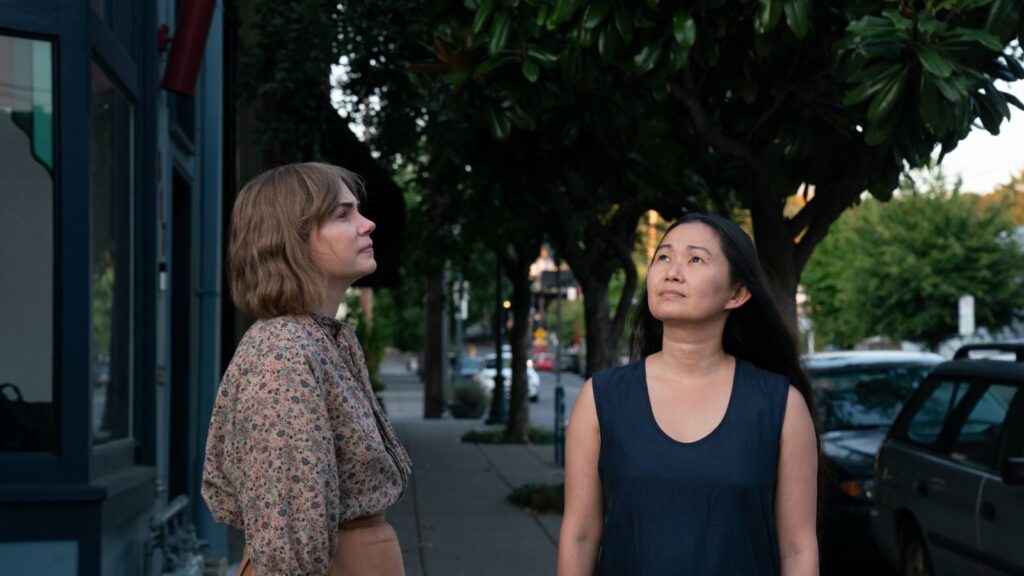 What it’s about: Continuing one of the richest collaborations in modern American cinema, director Kelly Reichardt (“Certain Women”) reunites with star Michelle Williams for this marvelously particularized portrait of a sculptor’s daily work and frustrations in an artist’s enclave in Portland.

Why we’re excited: After first teaming up in 2008 for “Wendy and Lucy,” Kelly Reichardt and Michelle Williams have gone on to collaborate on 2010’s ” Meek’s Cutoff,” 2016’s “Certain Women,” and 2022’s “Showing Up.” Their relationship is the gift that keeps giving, and if the rave reviews out of Cannes, where “Showing Up” made its world premiere, are to be believed, their latest offering may be their strongest to date. The fact that Hong Chau, who is getting lots of well-deserved love for her supporting performance in “The Whale,” co-stars is icing on the cake.

We’re suckers for films about women artists — Cate Blanchett-starrer “Tár,” the story of a groundbreaking composer, is among our most anticipated upcoming releases — and “Showing Up” pairs a filmmaker and actress at the top of their games, plus, it’s been a few years since we’ve seen Williams on the big screen in a starring role. It’s looking like 2022 is going to be a banner year for the four-time Oscar nominee — in addition to her acclaimed performance in “Showing Up,” she’s eyeing an Oscar nom for Best Actress for “The Fabelmans,” Steven Spielberg’s semi-autobiographical drama about an aspiring filmmaker.

What it’s about: After her searing modern-day death-row drama “Clemency,” Chinonye Chukwu has traveled back to the 1950s to tell the story of Mamie Till-Mobley, the Chicago woman whose son, Emmett Till, was lynched while visiting cousins in Mississippi and whose body became an indelible image of the horrors of American racism.

Why we’re excited: We were impressed by the marked restraint of “Clemency,” Chukwu’s Sundance Grand Jury Prize-winning portrait of a prison warden whose connection with a death-row inmate makes her view capital punishment through different eyes. What had the potential to be melodramatic, cheesy, or overly simplistic was anything but. The writer-director will bring her sensitive, nuanced touch to “Till,” the story of Mamie Till-Mobley, who was recently depicted by Adrienne Warren on ABC miniseries “Women of the Movement.” Here, the civil rights activist will be depicted by “Station Eleven” and “Watchmen” actress Danielle Deadwyler.

Till-Mobley ensured that her son Emmett’s brutal murder was never forgotten. By demanding an open-casket funeral for him — because she wanted “the world to see what they did to [her] baby” — tens of thousands of people viewed Till’s body, and pictures of his casket and funeral were circulated across the country, showcasing the gruesomeness of the racist attack and murderers who stole his life.

In paying tribute to a trailblazer, “Till” promises to offer a heart-wrenching look at how a mother’s unimaginable loss galvanized a movement, tying a deeply personal story to a political reckoning.

What it’s about: Finding new cinematic language to express the desire for physical contact in our increasingly isolated, mediated, and highly consumer-driven environments, Mika Rottenberg and Mahyad Tousi’s “Remote” follows the daily routines of a quarantined woman (Okwui Okpokwasili) in her sealed-off, ultra-modern apartment, where she falls down a rabbit hole playing an inexplicable interactive game with a community of women from around the world.

Why we’re excited: On-screen entertainment was a welcome distraction for many during the pandemic, but the characters in “Remote” take technological escapism to a whole other level. While watching an online dog-grooming program, protagonist Unoaku discovers that her favourite lockdown entertainment is more than meets the eye. Soon, she encounters a global network of women who also demand answers to the mysterious portal that connects them all.

How many of us had heart-to-hearts with our fellow captives while under lockdown, philosophizing on the meaning of life or personal fulfillment or what the future holds for humanity? Well, “Remote” was the end product of the weekly conversations between Rottenberg and Tousi during early 2020 about how people remained connected through technology, despite the wholesale physical isolation across the globe. The film itself a mid-pandemic project — not abandoned halfway like some of our knitting creations. “Remote” speculates on what perhaps everyone has been wondering post-lockdown: how human routines and relationships have transformed in the aftermath of the pandemic.

Viewers will also notice the playful editing and vibrant set design in the “Remote” trailer, the latter likely owing to Rottenberg’s multidisciplinary background in architectural installation and sculpture. We are eager to see how the enchanting visuals counterbalance the film’s more heavy-duty themes of isolation, human connection, and technological dependence, as well as Rottenberg’s unique mode of storytelling as she “creates elaborate and subversive visual narratives that highlight the inherent absurdity of our contemporary existence.” Set in a solar-punk near-future that doesn’t seem too far-removed from our present-day reality, perhaps “Remote” will offer us a new perspective, if not greater clarity, on our “hyperconnected” habits in the face of social upheaval. 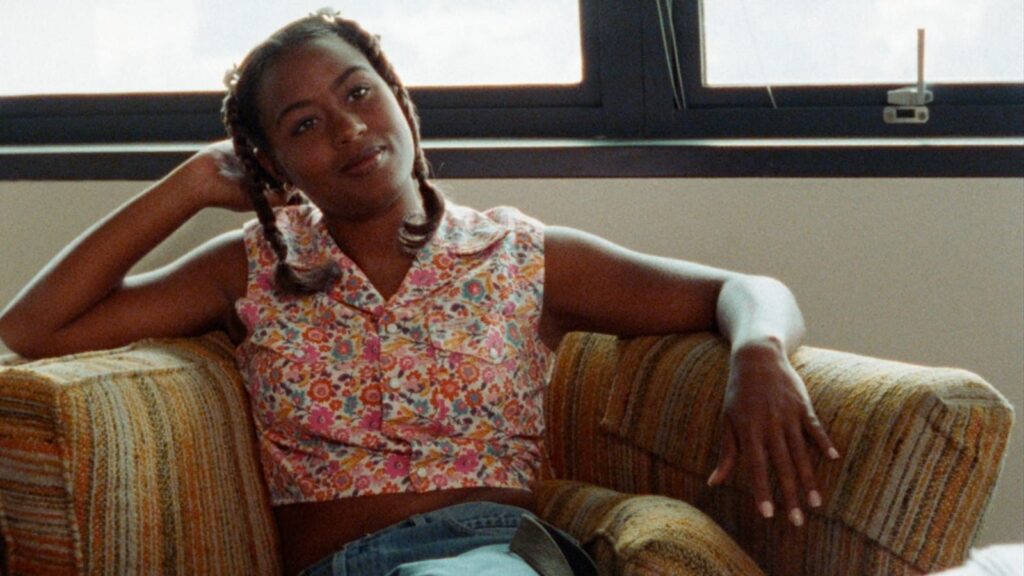 What it’s about: Cauleen Smith’s enduringly rich 1998 feature debut, a landmark in American independent cinema, follows a woman in a photography class in Oakland as she begins photographing the young black men of her neighborhood, having witnessed so many of them fall victim to senseless murder and fearing the possibility of their becoming extinct altogether.

Why we’re excited: An exploration of race, gender, violence, and friendship, “Drylongso” is likely to resonate with viewers today as much as it did in 1998. The drama is inspired by true events, as Smith was compelled to create the film after hearing incessant reports of young Black men being murdered or imprisoned, often due to drug-related situations. Celebrated as an exemplar of DIY filmmaking, “Drylongso” showcases the lived experiences of Black women in 1990s America. Smith realized that while many Black men were in vulnerable situations and were receiving the much-needed attention for their grievances, “no one was terribly concerned about us,” Smith told SFGATE in 1998. She took issue with this disparity, along with the disrespect young Black women were often treated with — and thus “Drylongso’s” protagonist, Pica, a photographer played by Toby Smith, was born.

“Drylongso” tells the story of Black women not “in terms of blame,” which, as Smith points out, happens too frequently in the media, but as agents of their own destiny. The film examines the evolving friendship between Pica and Tobi (April Barnett), a young woman who disguises herself as a man after experiencing domestic violence, as the two support each other while they navigate a world where the odds are stacked against them. As Smith herself put it, however, “Drylongso” isn’t a “bleak melodrama about life in the ‘hood” but an uplifting portrait of kinship and solidarity in her community: “I wanted to show what was possible, what I see people doing every day — looking out for each other.”