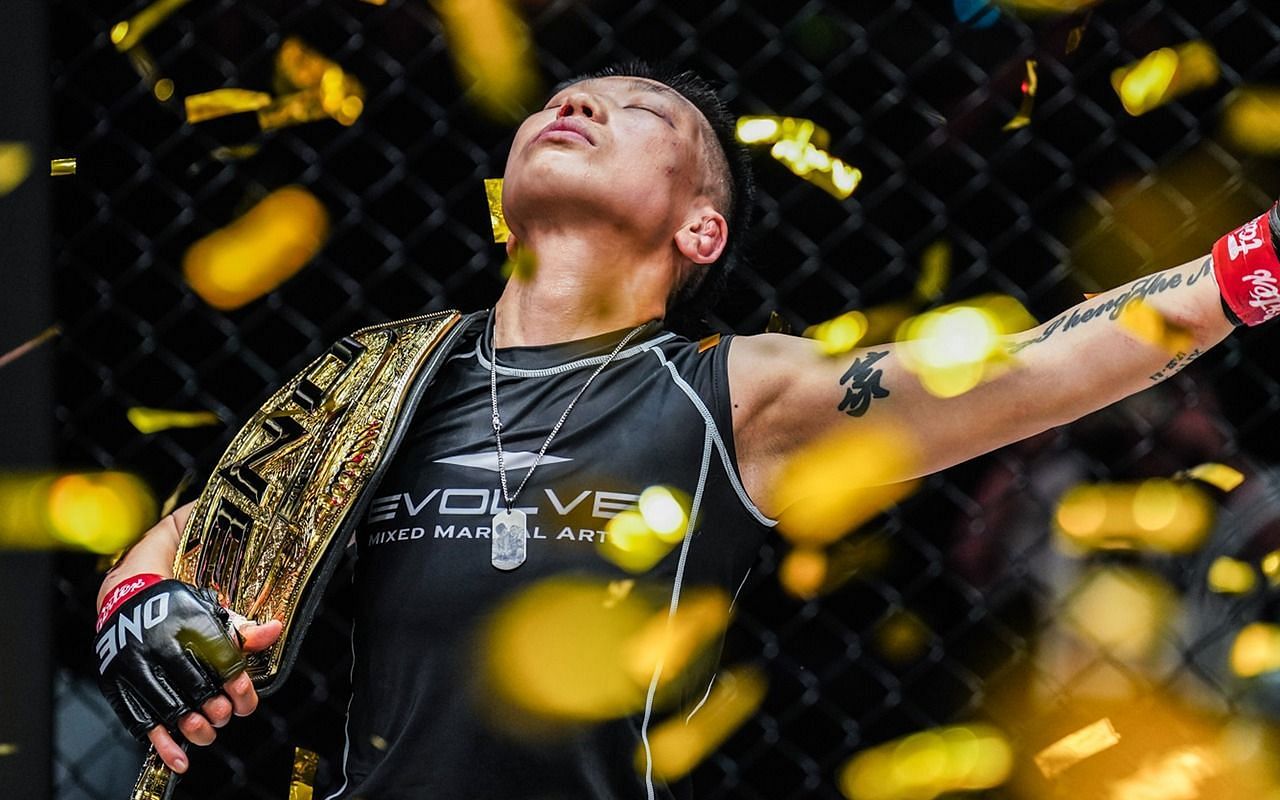 Xiong Jing Nan’s reign atop the strawweight division continues after ONE on Prime Video 2.

The ONE women’s strawweight world champion secured a unanimous decision win to successfully defend her belt against rival Angela Lee in the main event of ONE on Prime Video 2: Xiong vs. Lee III Friday, September 30, at the Singapore Indoor Stadium.

Crazy is an understatement to describe what the two fighters put on with both Xiong and Lee, the reigning ONE women’s atomweight world champion, landing some heavy shots in an attempt to score a defining finish.

Xiong dominated Lee in the first round, landing some of the nastiest combinations she’s thrown in her career, but Lee managed to hang on and looked to grapple with the Chinese superstar.

Lee finally got into her groove in the final two rounds and even secured a takedown in the fifth. ‘Unstoppable’ then tried to get Xiong’s back for a rear-naked choke, but ‘Panda’ was able to wriggle away from the submission attempt.

The Singaporean-American star continued to push the pace but Xiong had done enough to receive the judges’ nods.

Xiong Jing Nan said in hers post-fight interview with Mitch Chilson that she’d gladly fight Lee for a fourth time and she doesn’t care if it’s in mixed martial arts or in another sport.

Although Xiong now has a 2-1 advantage in her head-to-head with Lee, the rivalry between the two world champions is far from over.

There’s still the potential of Xiong going down to atomweight to challenge Lee for her belt following her victory at ONE on Prime Video 2.

While Xiong and Lee’s rivalry is still at an all-time crescendo, the one between Mikey Musumeci and Cleber Sousa has come to a definite close.

Musumeci landed the biggest win of his career when he took a decision win over Sousa to become the inaugural ONE flyweight submission world title at ONE on Prime Video 2.

‘Darth Rigatoni’ was once again on his creative self as he tried to submit Sousa with several of his patented leg locks. Although Sousa managed to get away from some of the compromising positions he was in, ‘Darth Rigatoni’ was always one step ahead.

Musumeci and Sousa fought twice in 2017 and their 1-1 stalemate lasted for five years until they faced one another again at ONE on Prime Video 2.

The full main card result of ONE on Prime Video 2 is below:

Ilya Freymanov defeats Martin Nguyen via TKO at 3:33 of round one (MMA – featherweight) (bonus winner)