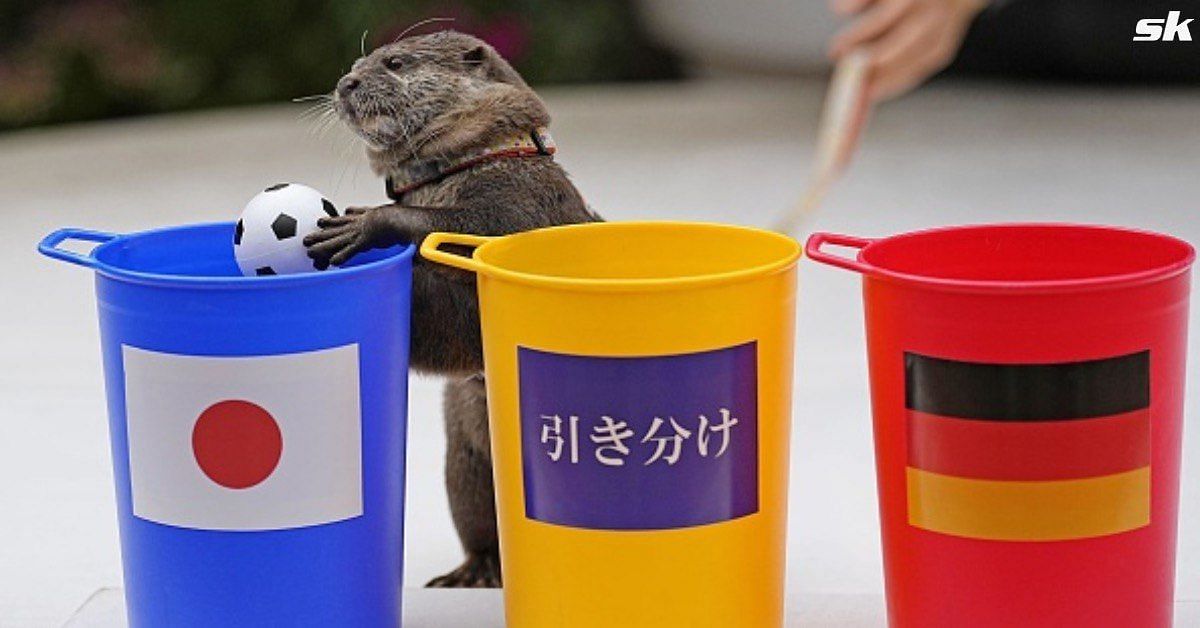 Japan and Germany met at the Khalifa International Stadium for their Group E clash on Wednesday (23 November). The four-time FIFA World Cup winners drew first blood through Ilkay Gundogan’s first-half penalty. Japan began the second half with a vengeance and turned the game around, with substitutes Ritsu Doan and Takuma Asano scoring sensationally to ensure a 2-1 victory for the underdogs.

Japan has a psychic otter that predicted their win over Germany

Japan has a psychic otter that predicted their win over Germany https://t.co/I0VQ7XOGHv

Very few in the world saw the massive upset coming, but Taiyo, who resides at Maxwell Aqua Park in Japan, accurately predicted the victors. Three buckets were placed in front of the adorable otter. A red bucket, bearing Germany’s flag; a blue one with Japan’s flag, and a yellow bucket in the middle with a label predicting that the match would be a draw. The otter needed to carry the ball and drop it into the bucket.

Taiyo, who is being hailed as a fortune-telling otter, wasted no time picking up the ball and dropping it into the blue (Japan’s) bucket. After his sensational 2022 FIFA World Cup debut, all eyes will be on little Taiyo to see how he fares in Japan’s upcoming clashes against Costa Rica and Spain.

Germany coach Hansi Flick criticized Niklas Sule for his costly mistake against Japan on Wednesday. Sule dropped too deep in the 83rd minute, thus breaking the offside trap and playing Takuma Asano onside on the opposite flank. Asano kept Nico Schlotterbeck’s pressure at bay to fashion an opening and find the back of the net past a helpless Manuel Neuer at the near post.

Speaking after his disappointing managerial debut at the FIFA World Cup, Flick said (via iMiaSanMia):

“Niklas simply has to pay attention. He played him onside because he dropped two or three steps too far. These are individual mistakes that we had to pay for today.”

The four-time world champions will return to action with a clash against Group E leaders Spain on Sunday night (27 November).