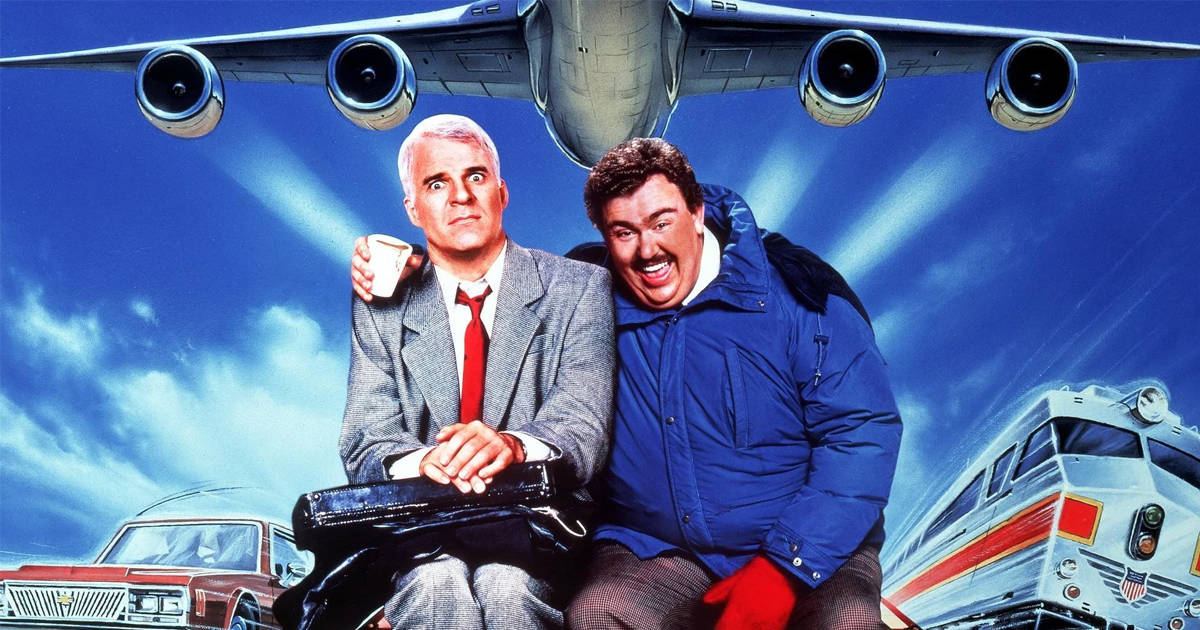 Pack your bags, hold onto your designer shower curtain rings, and don’t forget your passport because we’re about to travel back to 1987 for a look back on John Hughes‘ Planes, Trains and Automobiles. This legendary and heartfelt comedy stars Steve Martin and John Candy as Neal Page and Del Griffith, respectively. The story revolves around a Chicago advertising man’s (Martin) struggle to travel home from New York for Thanksgiving, with a lovable oaf of a shower curtain ring salesman (Candy) as his only company.

Viewed by many as a departure for Hughes, Planes, Trains and Automobiles shines thanks to Martin and Candy’s outstanding chemistry as two comedic titans trading blows throughout the misadventure. Oddly, early test screenings pegged the film as a misfire, with audiences saying both characters were unlikable. After returning to the drawing board and introducing new plot elements, Hughes established the perfect balance for the odd couple. The film was a critical success upon release, but how does the film hold up? Join us as we look back on what many consider one of the greatest comedies of all time, Planes, Trains and Automobiles.

Planes, Trains and Automobiles Revisited was written, edited, and narrated by Matthew Hacunda.