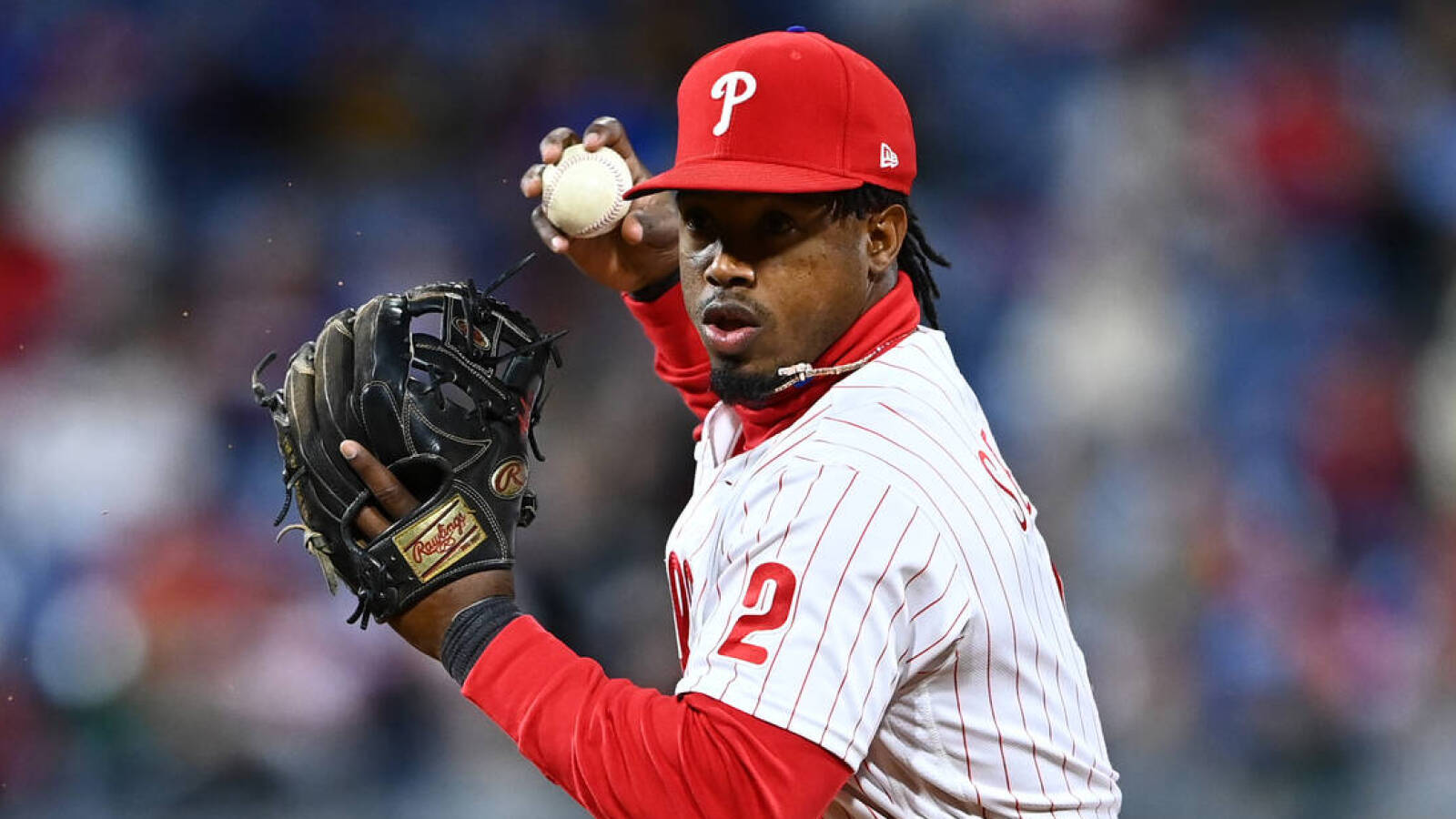 It’s time to take a deeper look at the options for teams in need of help at second base.

Top of the Class

The Phillies hold a $17M club option on Segura, so he could technically go in the “Club Options” section later in this preview. However, even though Segura is a good player who’s had a solid season, it’s likelier that the Phils pay the option’s $1M buyout than pick up that hefty salary. Segura has ample experience at shortstop and has played some third base as well, but he’s been a strict second baseman in Philly recently and other teams likely view him similarly. The open market hasn’t been kind to non-star, second-base-only players like Segura in recent years, even when they’re coming off respectable seasons.

That’s the case here, as Segura has slashed .273/.335/.393 — good for a 106 wRC+ (suggesting he’s been seven percent better than the league-average hitter). Segura is a tough strikeout but doesn’t walk much and has slowly seen his power dwindle to below-average levels. He generally has solid but unspectacular grades for his glovework at second base. He’ll be 33 next spring.

At his best, Segura does a little bit of everything — hitting for power, hitting for average, swiping some bases, playing solid defense — but doesn’t necessarily excel in any one area. It’d be a surprise if he got more than two years in free agency, and there are free-agent second basemen with higher ceilings but far less recent track record. If you want the safest bet to be a solid regular at the position, Segura is the guy.

As is often the case, we’re looking at a pretty thin crop of established second basemen on the market this year. That’s good news for Drury, who parlayed a minor league deal with the Reds into a standout free-agent platform. Drury hit .274/.335/.520 and clubbed 21 home runs with the Reds before a deadline trade shipped him to San Diego. He hasn’t been nearly as good with the Friars (.227/.270/.454) but is still hitting for power. On the whole, Drury has a .261/.317/.501 slash this season — about 23% better than the average hitter by the measure of wRC+.

Defensively, Drury embodies the “jack of all trades, master of none” trope, but second base has historically been his best position. He’s drawn average marks there throughout his career and again in 2022. The 30-year-old righty has feasted on left-handed pitching but mostly just held his own against right-handers. Drury hit well in a tiny sample of 88 plate appearances with the 2021 Mets but was a non-factor with the Yankees and Blue Jays from 2018-20, batting a combined .205/.254/.346 in the rough equivalent of a full season of playing time (167 games, 582 plate appearances).

Drury will get a big league deal this winter. The questions are whether his Cincinnati contributions are overshadowed by his San Diego struggles, whether he’ll get a look as a utility option or as a player at one primary position, and whether there’s enough interest to generate a multi-year offer.

Veterans Coming Off Down Years

Cano sat out the entire 2021 season serving a 162-game suspension for his second failed PED test and was released by three different teams in 2022 — the final season of the 10-year, $240M contract he originally signed with Seattle. Cano hit just .150/.183/.190 in 104 Major League plate appearances this season and might not get another MLB chance at this point.

One of the Padres’ marquee acquisitions at the 2021 trade deadline, Frazier fell into a deep slump the moment he was traded from Pittsburgh to San Diego. He was flipped to the Mariners in a cost-saving move last offseason and hasn’t rediscovered his Pittsburgh form with what’s now his third team. Frazier’s season in Seattle has been the worst full season of his big league career. He’s still been a solid defender between second base and the outfield corners, but he’s hitting just .235/.299/.308 in 579 plate appearances. Since leaving the Pirates, Frazier has a .243/.307/.315 slash in 790 plate appearances; he batted .283/.346/.420 in parts of six seasons with Pittsburgh.

Long a steady regular at second base, Hernandez has played out his free-agent years on a series of one-year deals and might have reached the end of his time as an everyday player in Washington. After swatting a career-high 21 homers last year, the switch-hitter has just one long ball in 2022.  He’s still collected 27 doubles and four triples, but the swift disappearance of his power has left him with a .245/.308/.315 batting line — about 23% worse than league average by the measure of wRC+. Hernandez’s defensive marks at second base have taken a nosedive in recent seasons, too, and Washington has begun playing him at other positions (third base, left field) to make room for the younger Luis Garcia.

Another veteran infielder who signed a one-year deal with the Cubs and was released this summer, the switch-hitting Villar mustered only a .208/.260/.302 output in 220 plate appearances between Chicago and Anaheim this season. He posted solid numbers with the 2021 Mets and, from 2018-21, batted .259/.327/.408 (99 wRC+) with 58 homers and a hefty 105 steals in just shy of 2000 big league plate appearances. Villar can play any second, third, and shortstop but doesn’t grade out well at any of the three.

Diaz has played at least 45 innings at five different positions this season: all four infield spots and left field. He was primarily a shortstop early in his career and still has more total innings there than at any position. He never graded well there, and as he enters his mid-30s, he’ll be viewed as more of a utility player. Diaz’s .255/.302/.427 line in 2022 is quite similar to the .259/.318/.433 slash he’s posted over four total seasons with the ’Stros. He’s a right-handed bat who’s shown a pretty noticeable platoon split over the past couple of seasons, though early in his career he hit fellow righties better than lefties.

Peterson has played mostly third base in Milwaukee this season and posted sensational defensive marks there, including 10 Defensive Runs Saved and 5 Outs Above Average in just 583 innings. He’s spent more time at second base than any other position in his career on the whole, however. The lefty-swinging Peterson has revived his career with a solid three-year run in Milwaukee, hitting .241/.339/.379 (100 wRC+) with a hefty 12.4% walk rate, 16 homers and 22 steals in 677 plate appearances. He’s even handled lefties well in a small sample over the past two seasons, although a career .217/.289/.282 output against them still suggests he’s best deployed against righties only.

A hamstring strain cost Solano more than two months, but since being activated, he’s batted .292/.343/.397 with four homers and 15 doubles in 280 trips to the plate. Solano has been quite good at home, in Cincinnati’s Great American Ball Park, and below-average on the road, but this is the fourth consecutive season he’s headed for at least league-average offense. Dating back to his 2019 resurgence with the Giants, “Donnie Barrels” is hitting .303/.351/425 in 1055 plate appearances. He’ll turn 35 in December, though, and his defensive grades at second, third, and shortstop in recent years are all lacking. He’s posted excellent numbers in 166 innings as a first baseman this year, however (5 DRS, 2 OAA).