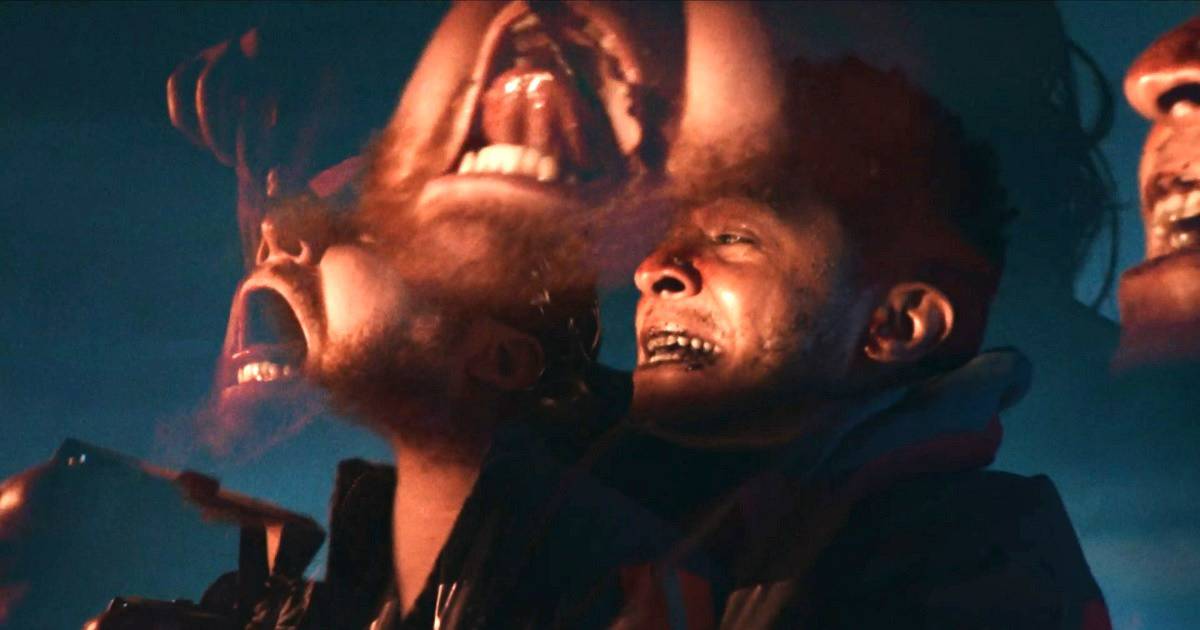 Back in July, we saw a teaser trailer for writer/director Alex Phillips’ film All Jacked Up and Full of Worms, which Cinedigm was planning to release through their streaming service Screambox sometime this fall. Now Cinedigm has announced that All Jacked Up and Full of Worms‘ Screambox release is scheduled for November 8th – and along with that announcement comes the unveiling of a full trailer for the film! You can check that out in the embed above.

Described as an “avant-gutter psychedelic freakout” and a subversively funny “transgressive splatter comedy”, this is Phillips’ feature debut. All Jacked Up and Full of Worms is

a flamboyant, darkly outrageous new vision that mashes together retro grindhouse thrills with the squirmy depths of underground cinema. Working at a seedy motel, maintenance man Roscoe is always searching for his latest fix. When he stumbles upon a powerfully hallucinogenic worm, his days of dime-store drugs are over. Along with his new love interest,, the pair embark on a delirious odyssey of sex, violence, and becoming one with the dirt.

Phillips had this to say about his movie: “We put our blood and guts into making this movie, and that’s literally up on the screen. We got shut down by the pandemic and had to go totally underground, but it worked because we started out down there, with the worms, wrestling with our demons in the filth. Having the movie premiere at Fantasia followed by Screambox and Fandor, and seeing some of the love we’re already getting, really makes me excited that underground cinema can still wriggle its way up and get in your face.”

Phillips produced All Jacked Up and Full of Worms with Georgia Bernstein and Ben Gojer.

What did you think of the All Jacked Up and Full of Worms trailer? Are you looking forward to watching this movie in November? Let us know by leaving a comment below.