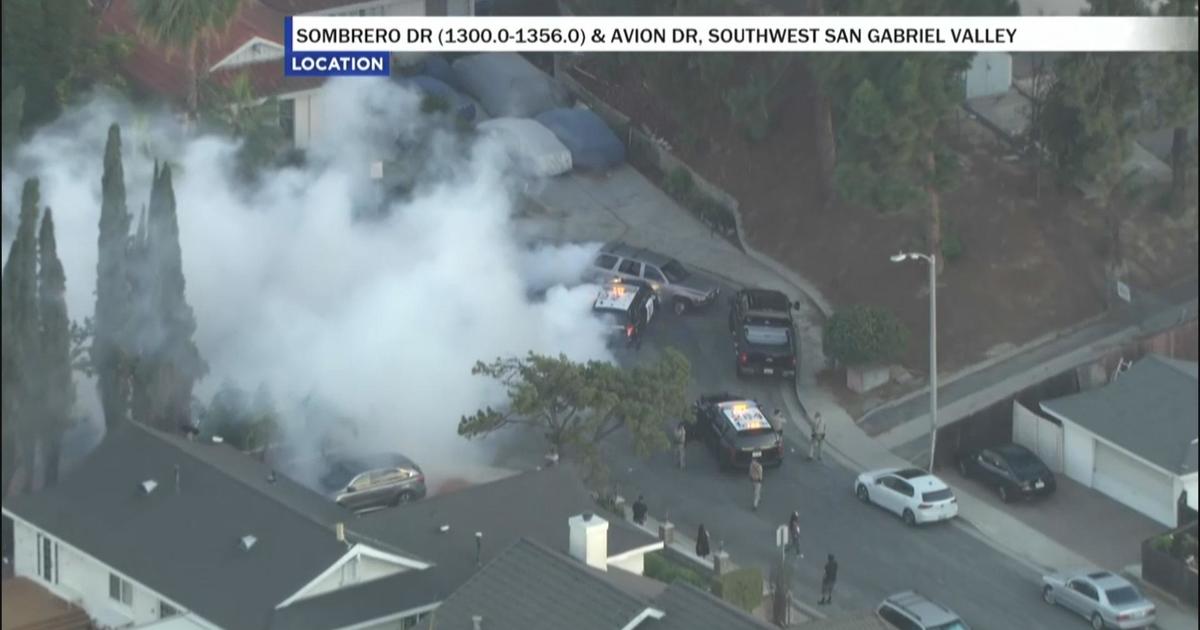 California Highway Patrol has arrested one suspect after leading multiple agencies on pursuit from East Los Angeles to the San Gabriel Valley.

Deputies with the Los Angeles Sheriff’s Department began the pursuit in East Los Angeles before giving it up to CHP after the suspect got onto the westbound portion of the 10 Freeway.

The suspect exited the 10 Freeway shortly after officers arrived but briefly stopped after police drops a spike strip in front of him. Undeterred, the driver accelerated through the strip, popping his front two tires. For the remainder of the pursuit, the suspect continued to drive without any rubber on the two front wheels.

After exiting the 10 Freeway, he continued to drive down the streets of El Sereno and continued to lead officers on a slow-speed pursuit despite police pitting the SUV.

Determined to evade police, the suspect continued to drive through San Gabriel Valley by taking the 710 Freeway before getting back on surface streets.

He continued to drive until officers cornered him in a cul-de-sac near Sombrero and Avion Drives.

Even though the suspect was pinned against an officer’s car and cornered in the cul-de-sac, he continued to accelerate and burn the rubber off his remaining tires, creating an enormous smoke cloud that filled the surrounding area.

During a brief standoff, the suspect continued to accelerate and caused smoke to rise from his engine block. Shortly after, police approached the SUV with a ballistic shield and dragged the suspect out.

Despite a short-lived struggle, officers detained the suspect and finally put an end to the pursuit.