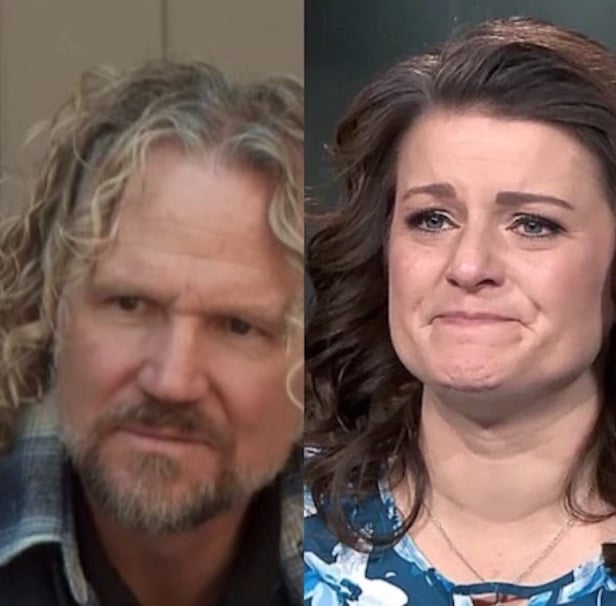 Robyn Brown thinks Kody Brown is doing his best and that her fellow sister wives may have mental problems.

This just about sums up a new sneak peek at this Sunday’s brand new episode of the TLC reality show.

As viewers of Sister Wives know well, the latest season has focused on Kody’s ongoing issues with third spouse Christine; issues which grew so serious in nature last year that Christine left her marriage in November.

Over the past couple weeks, we’ve watched as Kody and Christine sat down to discuss their strained relationship, with the latter admitting at one point she should have walked away years ago.

Another ongoing theme of late has been Kody’s favoritism of Robyn.

It’s been widely considered for as long as we can recall that Kody loves this wife the best — and Christine finally admitted on the Season 17 premiere that such bias played a role in her decision.

As for what happens next?

All four of Kody’s spouses will focus on their husband’s perceived absence on the September 25 episode of Sister Wives.

“To me, he’s not here enough and it’s obvious he doesn’t want to be here, otherwise he would be here,” Christine says in footage from the installment.

Remember, of course, that this episode was filmed over a year ago, back when COVID-19 was still a major area of concern for millions of people.

Kody took the pandemic very seriously, basically ordered everyone is his orbit to just stay at home.

Meri, who hasn’t exactly been fulfilled in her own marriage for many years, tends to agree with Christine.

“It’s hard for him to sit down and focus, I mean he can, for sure, but he’s just high energy,” she says.

“We’ve had a lot of different living configurations over the years, and he is always just kind of going everywhere.”

“Plural marriage is challenging – it just is. Before Covid, Kody was splitting his time equally,” she says on this upcoming episode… prior to dropping a quote that has already landed her in scalding hot water.

I know that when you’re a plural wife you get messed up in your head and you realize you’re not tracking it as well.

Saying her fellow sister wives are “messed up in the head” hasn’t gone over well with viewers.

“Robyn talks like she is the expert on plural marriage, out of all the wives she has lived it the least,” one social media user said in response to the comment.

“I can’t believe Robin would make the comment you’re just not tracking it as well. No the issue is they are tracking it and they know exactly where he is,” another individual remarked.

Sister Wives airs at 10/9c on Sunday nights on TLC.