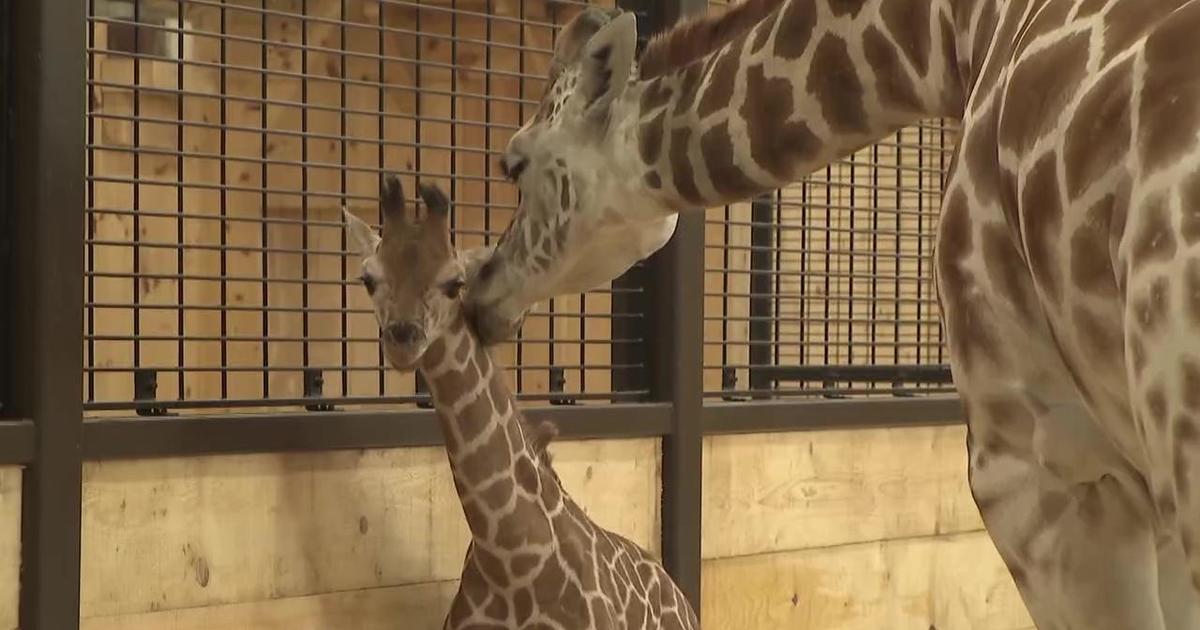 MELVILLE, N.Y. – Giraffes are the tallest mammals in the world, but one of the tiniest is being nurtured in our area.

CBS2’s Jennifer McLogan reports farmgoers in Melville are delighted with an adorable and curious newborn giraffe.

Savanna is the first giraffe born on Long Island. She and her parents are adjusting well to their specially constructed surroundings at White Post Farms of Melville.

“I can’t believe we get the opportunity to see this,” one person said.

“The mom gave birth like she has done it a thousand times before,” Brigati said. “We were in awe.”

The parents, Patches and Oliver, came separately to the farm as babies. One was the runt of her litter. He was rejected by his mother.

“It was love at first sight. We knew one day they would produce a baby,” Brigati said.

“You love every animal, you care for them, and they give us so much back,” said Wantagh resident Marionella Cerda.

Veterinarians are regularly monitoring baby giraffe Savanna, who has grown one foot and gained 25 pounds in the month since she was born.

Savanna’s drinking mother’s milk, will soon turn to hay, and seems to love the heated floors, windows for peering and strolling outside when it’s warm.

Sadly, populations are dropping 30-50% in Africa due to habitat loss and poaching.

“We all live on the planet together. We should all get along. And at a young age, definitely they should see how important it is,” said Domonique Viola of Lindenhust.

Savanna and her parents are expected to live into their 40s.

Children visiting the baby giraffe are learning that, just like human fingerprints, no two giraffes have the same markings.

During her decades-long career, Jennifer McLogan has been recognized for her coverage of breaking news and live reporting on major stories that include the September 11 attacks, Superstorm Sandy, the Gilgo Beach Murders, the Long Island Rail Road massacre, the crash of TWA Flight 800, the Philadelphia Police firebombing of the radical group Move, the Hamptons’ Pine Barrens fires, and major snowstorms crippling the Northeast. In sports, she covered Super Bowl XLVI, World Series with both the Yankees and the Mets, NBA Finals with Michael Jordan and the death of Arthur Ashe.