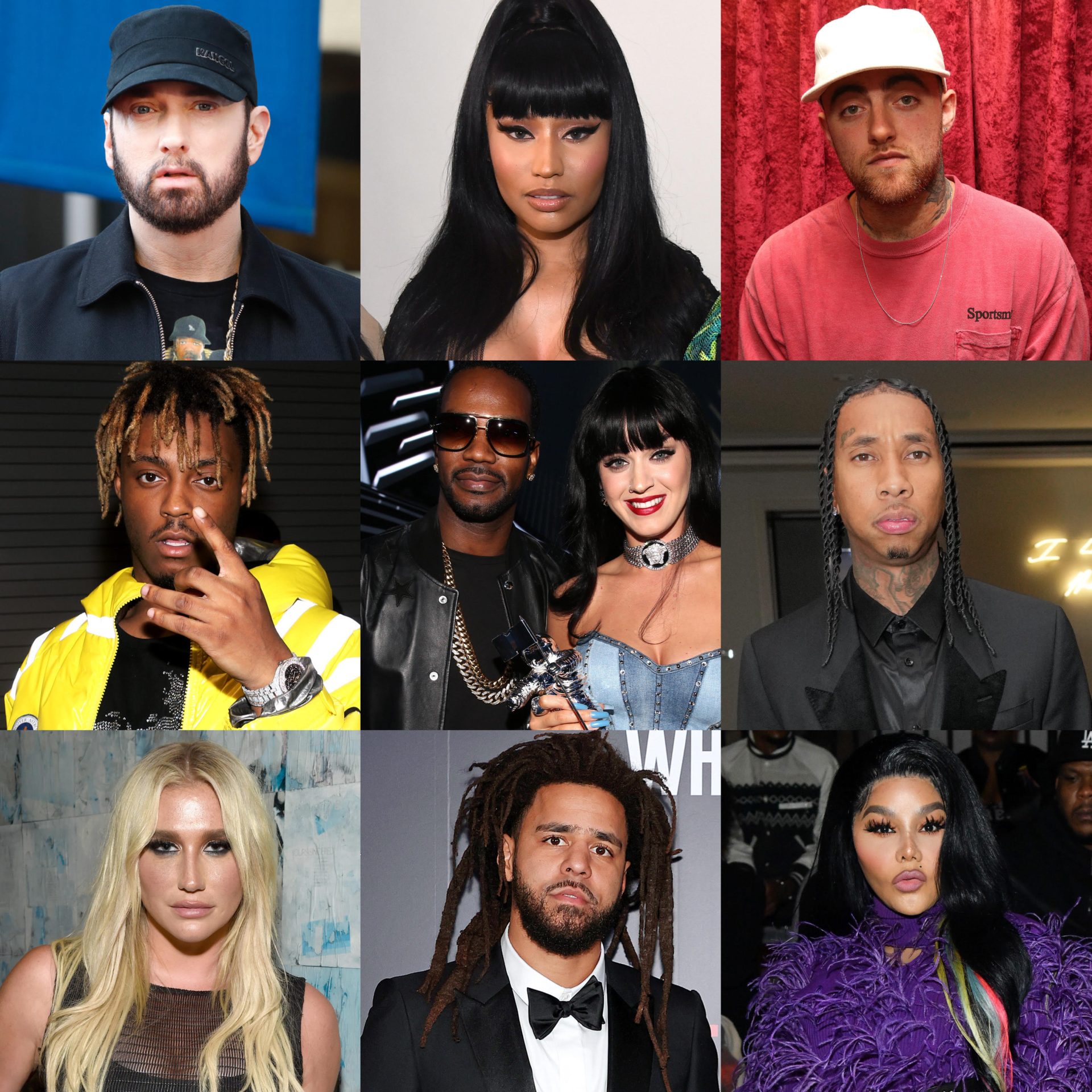 The Series That Left Everyone In A Frenzy

For the past few weeks “Monster: The Jeffrey Dahmer Story.” Netflix series has folks buzzing all over the net. The 10-part series takes us back to the 80s and shows us Dahmer’s serial killer lifestyle. From debates to memes, this series has made a huge impact on the public. After learning about Jeffrey Dahmer, many now understand song references found in popular pop, rap, and rock track through the years.

“She’s a beast, I call her Karma

Nicki Hendrix! Future & Nicki Minaj always snap when they come together. Back in 2018, they collaborated on Future’s joint project with Juice WRLD. The Dahmer reference can be found when Nicki slid on her verse.

Could of fixed his life, but now that n***a need the lyanla

All his friends tryna kill it, eat it, J.A. Dahmer”

Cannibal Cannibal! In 2010, Ke$ha had folks dancing to this pop track. Even in 2022 the song is still trending on many platforms. Ke$ha’s Dahmer reference is in her 2nd verse.

“Use your finger to stir my tea

And for dessert I’ll suck your teeth

Be too sweet and you’ll be a goner. Yeah, I’ll pull a Jeffrey Dahmer”

When it’s time to spit J.Cole is gonna step. You can find Jeffrey Dahmer in his track ‘I’m on It’.

Not Jeffrey Dahmer but your body is a killer mama”

‘Bagpipes From Baghdad’ By Eminem

In 2009, Eminem decided to take a few jabs at his ex-boo Mariah Carey & Nick Cannon. He used his Dahmer reference to show how he really felt.

“Never knew I could remind me so much of my momma.

I’ll cut ya like Dahmer, pull a butcher knife on ya

Eminem is no stranger to the Jeffery Dahmer references because through this career he names dropped the serial killer 5 or more times in tracks like: ‘Psychopath Killer’, ‘Brainless’, ‘2.0 boys’, ‘Must Be The Ganja’, and ‘Things Get Worse’

Fans went crazy when Juice WRLD & NBA YoungBoy shared their first lit collaboration back in 2019. The Dahmer reference can be found in Juice’s first verse.

I think she a hunter.

She a killer and an eater S

he a Jeffrey Dahmer”

‘Break The Law’ By Mac Miller

2015 was the year Mac Miller released his album “GO:OD Am”. His Jeffrey Dahmer reference can be found on his track ‘Break the Law’.

“I killed the game like Jeffrey Dahmer did the 80’s

Speeding down the freeway getting head in my Mercedes”

Everyone was hoppin onto remix Soulja Boy “Pretty Boy Swag”. Tyga went off and referenced Dahmer in his track.

30H!3 was a duo that delivered many pop bops. You can find their Dahmer reference in their track ‘You’re Gonna Love This’

And I swear to ya honor

‘Pass That Dutch’ By Missy Elliot

Misssyyyyy! One thing about Missy Elliot: she’s gonna give us a hit. In her ‘Pass That Dutch’ slid in a slick Jeffrey Dahmer verse.

I am the bomb from New York to Milan

And I can write a song sicker than Jeffrey Dahm”

YouTuber Jeffree Star decided to put the makeup pallets to the side in 2007 & step into the music world. His Dahmer reference was a message to the boys on his track ‘Straight Boy’.

“The Notorious K.I.M” will forever be an iconic project for Lil Kim. Her reference to Jeffrey Dahmer can be found in her rap hit ‘Lil Drummer Boy’

I may be hardcore but I’m not Jeffrey Dahmer

Ever since I killed ’em, I ain’t been in trouble since”

The rapper also name drops the serial killer on her 2011 track ‘Black Friday’.

In 2020, Jack Harlow popped out with his hit song ‘What’s Poppin’. Shortly after Machine Gun Kelly hopped to give his own remix.

Top five of the young rhymers”

Migos is the trio that never fails to come together and bring the heat. The Jeffery Dahmer reference can be found in Takeoff’s verse.

“When it come to the artillery

In 2014, Montana 300 decided to remix O.T Genesis ‘Coco’ track. He used his Jeffrey Dahmer reference in comparison to how he kills the beat.

Someone tell DJ Drama to holla at me, I Jeffrey Dahmer a beat

Go talk to the Devil and ask him who is he

Even though multiple artists have mentioned Dahmer’s name within their music, it seems like Katy Perry, Ke$ha, and Eminem are the only ones currently in the hot seat. Many have taken it to the net and go back and forth on their opinions. Some feel like referencing Jeffrey Dahmer is not only disgusting but insensitive to victims. On the other hand, some feel like time has passed and the artist didn’t name drop to glorify the killer.

This is so stupid.

1. Double entendres are very commonly used in music. They’re not glorifying the murders.

2. How is a Juicy J lyric getting Katy Perry Cancelled?

3. Out of all the Juicy J lyrics to cancel someone for this is the one you chose? pic.twitter.com/mcWsHP8GFT

why isn’t anyone calling out Katy Perry for allowing such a vile & terrible lyric to be included in one of her hit songs? Jeffrey was a notorious serial killer & Katy CHOSE to romanticize his criminal & inhumane actions. I actually feel sick to my stomach. She NEEDS to apologize. pic.twitter.com/vIFmI0MNPL

I just learned who Jeffrey Dahmer is and I knew his name was familiar because Kesha put his name in her lyrics for her song “Cannibal” I need to delete that song now. Why the heck do we give fandom to these sickos?! Of course Netflix makes a series about it. Murders make the 💵

So far, we have named 15, but this of Jeffrey Dahmer references goes on and on. Here are a few more tracks that made the list.

‘Dahmer and the Limbs’ – Nicole Dollanganger

‘Dahmer Does Hollywood’ – Amigo the Devil

‘Lift Me Up’ – Vince Staples

‘Nature of the threat’ – Ras Kass

‘Said the Spider to the Fly’ – the pAper chAse

The Dahmer Netflix series has sparked a lot of reactions and emotions from the public.

Rapper Lil Boosie even recently spoke out demanding that Netflix take down the series and give the families every coin made. “Us as Blacks we need to ban this Jeffrey Dahmer movie. This is some sick s**t. What he did to our race, this is some sick s**t. We need to boycott this damn movie off Netflix. This is sick. The victims’ families should be getting paid off of every dollar Netflix made.”

Reactions From The Net

After watching Dahmer, one thing I realised that Jeffery dahmer was definitely such a successful serial killer because of american police having a racism problem, not because he was brilliant. So basically Jeff is an example of white privileged guy.#DahmerNetflix

Jeffery Dahmer : U Want Sumn To Drink??
Me : pic.twitter.com/Cm0ZJ8YiFa

Roomies, do y’all think the celebs and documentary should be canceled?