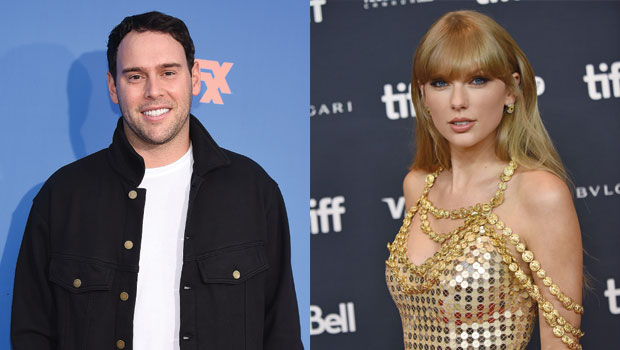 Scooter Braun opened up about his feud with Taylor Swift that began after his company acquired the rights to her music catalog in 2019, a move she claimed had blindsided her. The famous music manager, who has since sold Taylor’s catalog, said he has a “regret” about how the business transaction went down and feels the fallout was “unfair” during a new interview with NPR’s The Limits podcast.

“The regret I have there is that I made the assumption that everyone, once the deal was done, was going to have a conversation with me, see my intent, see my character and say, ‘Great, let’s be in business together,’” Scooter said. “I made that assumption with people that I didn’t know.”

Scooter then gave his version of how it all went down, saying he wanted to let the artists know about the acquisition beforehand, but he had signed a contract that prevented him from doing so. While Scooter did not identify Taylor directly during the conversation, he appeared to reference the Grammy winner.

“I was under a very strict NDA with the gentleman who owned it and I couldn’t tell any artist. I wasn’t allowed to,” Scooter explained. “What I told him was, ‘Hey, if any of the artists want to come back and buy into this, you have to let me know.’ And he shared a letter with me that’s out there publicly that the artist you’re referring to said, ‘I don’t want to participate in my masters.’”

After the deal was announced, Taylor quickly took to social media to condemn it, calling it her “worst-case scenario” and saying she tried to buy the catalog herself, but had to sign an NDA that prevented the deal from moving forward. “These master recordings were not for sale to me,” she concluded.

Looking back, Scooter said “things got lost in translation.” He explained, “So when we finalized the deal, I started making phone calls to say, hey, I’m a part of this. And before I could even do that – I made four phone calls; I started to do those phone calls – all hell broke loose. So I think a lot of things got lost in translation. I think that when you have a conflict with someone, it’s very hard to resolve it if you’re not willing to have a conversation.”

“I think in any conflict, you can say, ‘I didn’t do anything. It’s their fault.’ And you could be right. You could be justified.” he continued. “And you could say, ‘This is unfair, I’m being treated unfairly. Or you can say, ‘Okay, I’m being treated unfairly. I don’t like how this is feeling. I can’t fix this, so how am I going to look at it and learn from it?’”

Now Scooter wants to focus on the future with the hopes everything works out for all parties involved. “So I choose to look at it as a learning lesson, a growing lesson, and I wish everyone involved well. And I’m rooting for everyone to win because I don’t believe in rooting for people to lose.”