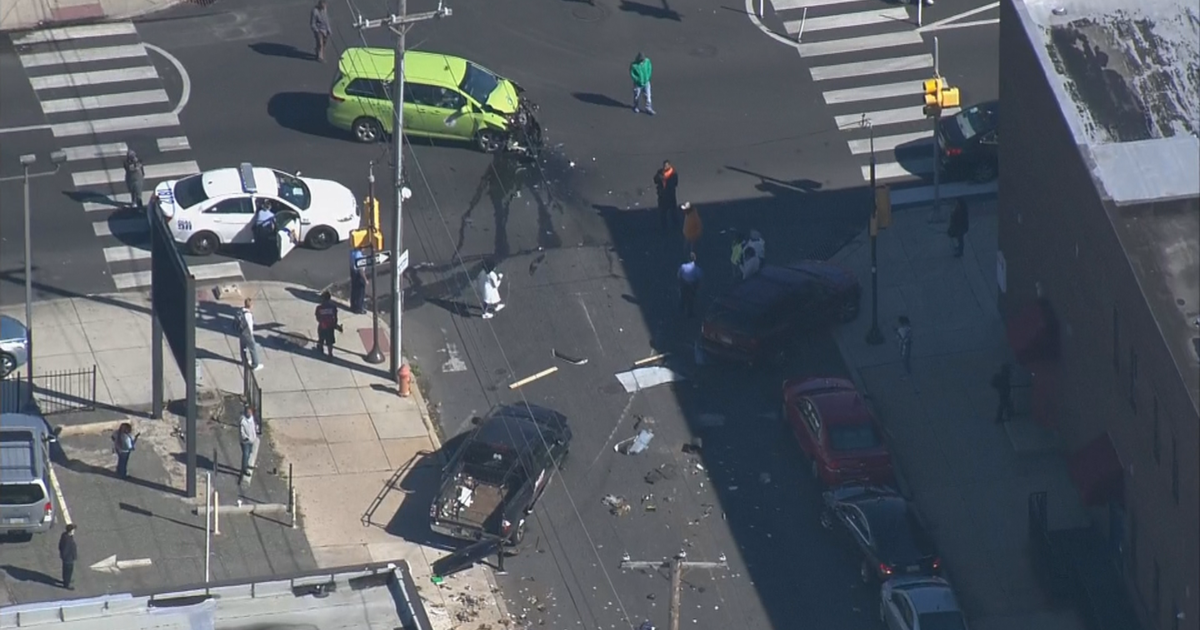 PHILADELPHIA (CBS) – Several cars were struck and damaged in West Philadelphia during a police chase on Friday. Chopper 3 was over the chaotic scene on 56th and Chestnut Streets.

The incident began around 10:45 a.m. Roofers were working in the area of 52nd and Chancellor Streets when their black roofing pickup truck was stolen.

CBS3 learned the vehicle keys had been left inside the truck.

The incident turned into a police chase through West Philadelphia before ending on 56th and Chestnut Streets. Several cars were hit while traveling through the area.

You can see debris scattered all over the street. There have been no reports of injuries.

At least a dozen cars were damaged after a suspect in a stolen pickup truck slammed into them at 56th and Chestnut in West Philly. At least two shots fired. Suspect in custody. Working to confirm more details. @CBSPhiladelphia pic.twitter.com/d2uERGUUJo

A suspect has been taken into custody.

The incident remains under investigation.

Ryan Hughes joined CBS3 Eyewitness News in June 2022. He previously worked at WPTV in West Palm Beach, Florida, where he’s covered stories ranging from weeks on the Surfside condo collapse, to the impact of Hurricane Dorian in the Bahamas, and the Super Bowl in Miami.