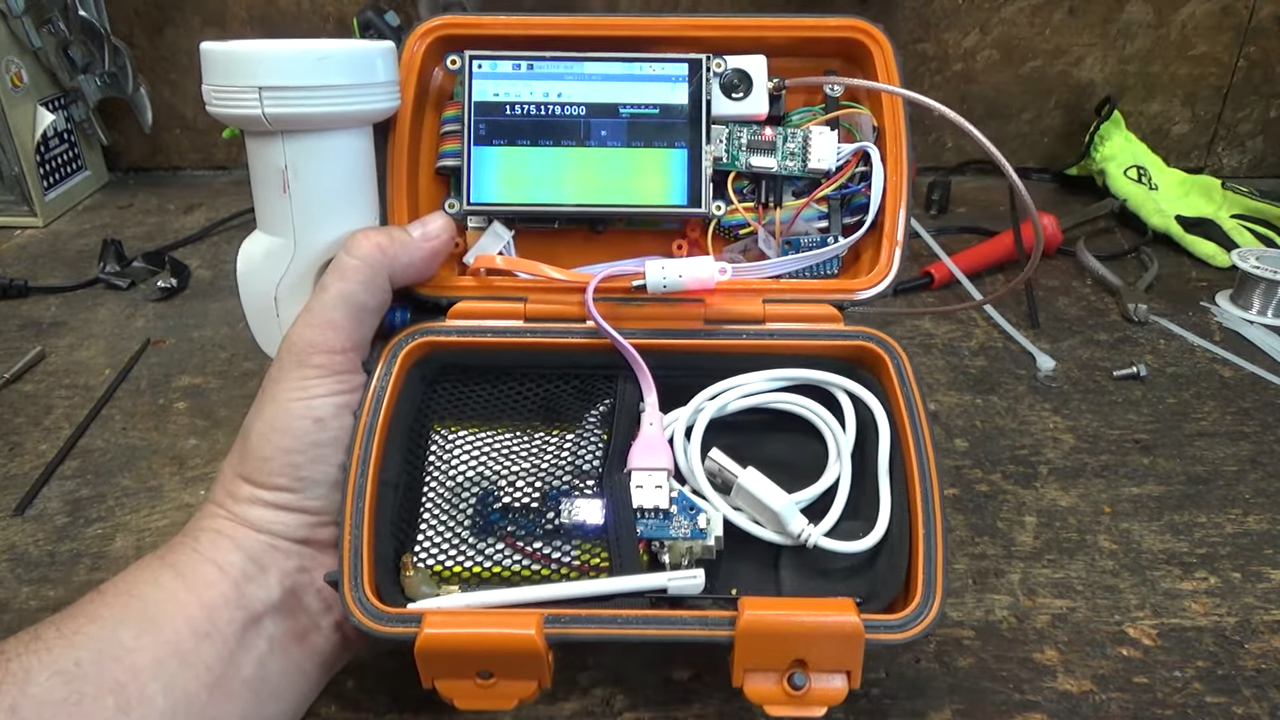 With an ever-growing constellation of Starlink satellites whizzing around over our heads, you might be getting the urge to start experimenting with the high-speed internet service. But at $100 or more a month plus hardware, the barrier to entry is just a little daunting for a lot of us. No worries, though — if all you’re interested in is tracking [Elon]’s birds, it’s actually a pretty simple job.

Now, we’re not claiming that you’ll be able to connect to Starlink and get internet service with this setup, of course, and neither is the delightfully named [saveitforparts]. Instead, his setup just receives the beacon signals from Starlink satellites, which is pretty interesting all by itself. The hardware consists of his “Picorder” mobile device, which sports a Raspberry Pi, a small LCD screen, and a host of sensors, including an RTL-SDR dongle. To pick up the satellite beacons, he used a dirt-cheap universal Ku-band LNB, or low-noise block downconverter. They’re normally found at the focal point of a satellite TV dish, but in this case no dish is needed — just power it up with a power injector and point it to the sky. The signals show up on the Picorder’s display in waterfall mode; curiously, the waterfall traces look quite similar to the patterns the satellites make in the night sky, much to the consternation of astronomers.

Of course, you don’t have to have a Picorder to snoop in on Starlink — any laptop and SDR should work, despite [saveitforparts]’ trouble in doing so. You shouldn’t have much trouble replicating the results by following the video below, which also has a few tips on powering an LNB for portable operations.