Sonos’s new, more affordable subwoofer is designed to boost the low frequencies on your existing speakers. We’ve tested it the last few weeks to see if it earns its place in the Sonos lineup.

We’ve been expecting the Sonos Sub Mini for months. It was rumored to launch earlier this year, but various setbacks pushed the release to the fall. Those delays are behind us, and it will start arriving on October 6.

Sonos Sub Mini is available in two colorways — white and black. Both feature a matte finish which, in our opinion, is far more preferable than the old glossy finishes Sonos used to employ.

In our case, we opted for the white version thanks to its sleek two-tone look. The open center channel is black, providing a rich contrast with the exterior.

The woofer is a roughly foot-tall cylinder that isn’t exactly tiny but is about average. It’s what we’d expect if you were getting a subwoofer bundled with a soundbar.

Finding a home for your subwoofer can be difficult, and the round shape doesn’t help the situation. That shape makes it a little wider than your typical box woofer that would fit neatly against a TV cabinet.

The positive is that we do like how the Sub Mini looks. Our TV stand is an elongated portion of the fireplace in our living room, so the Sub Mini sits next to it.

In the middle are the dual force-canceling woofers, measuring six inches each. They face one another, and the opposing forces cancel out, reducing overall movement and rattle. Apple uses the same tech in its laptop speakers. 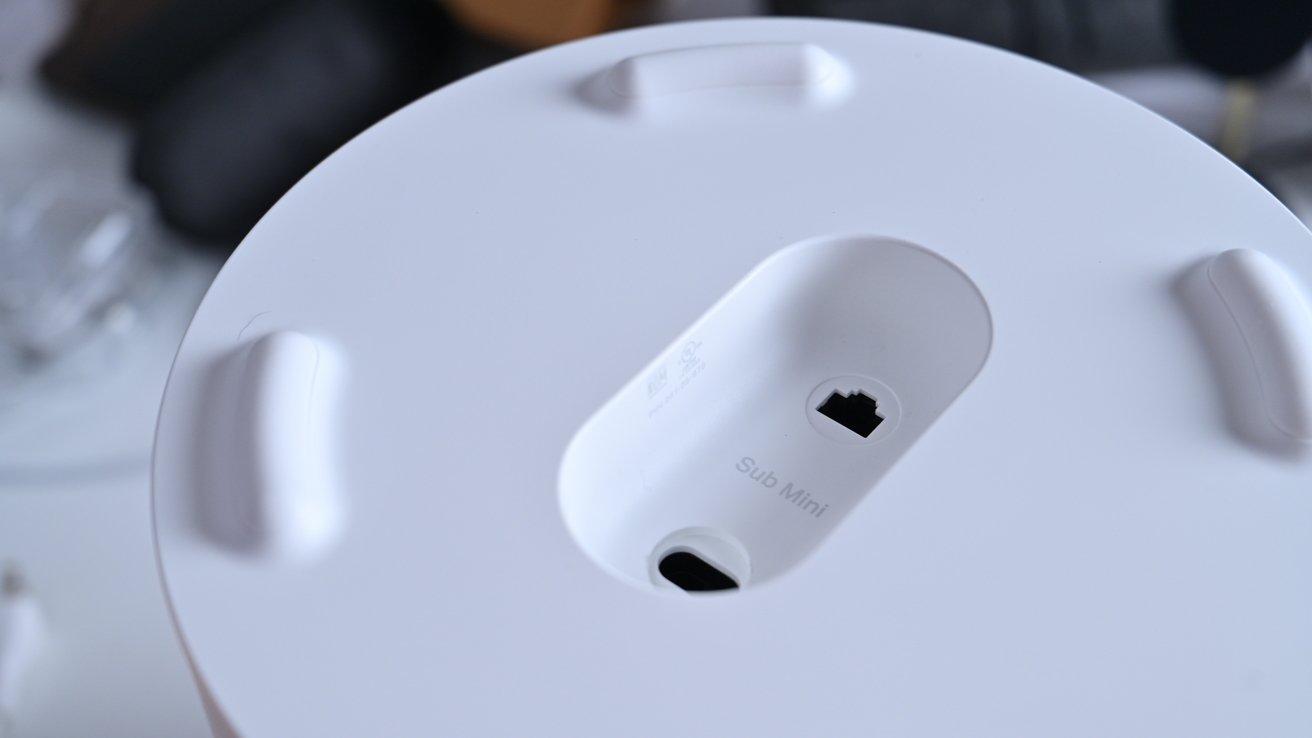 Ports on the Sonos Sub Mini

“Sonos” is printed on the top in the same color as the speaker, blending in, so you almost don’t see it. The speaker is slightly elevated, maybe half an inch, leaving way for the cables to route to the ports on the underside.

You can use the speaker wirelessly — it supports both 2.4GHz and 5GHz networks — but there is an Ethernet port on the bottom if you choose to go wired.

Not like you would need them, but there are no physical controls on the Sub Mini except a Sonos sync button on the lower back.

If you’ve set up a Sonos speaker recently, you know what to expect with the Sub Mini. It’s the same.

We plugged the speaker in and opened the Sonos app. It automatically discovered the Sub Mini and walked us through the setup process. 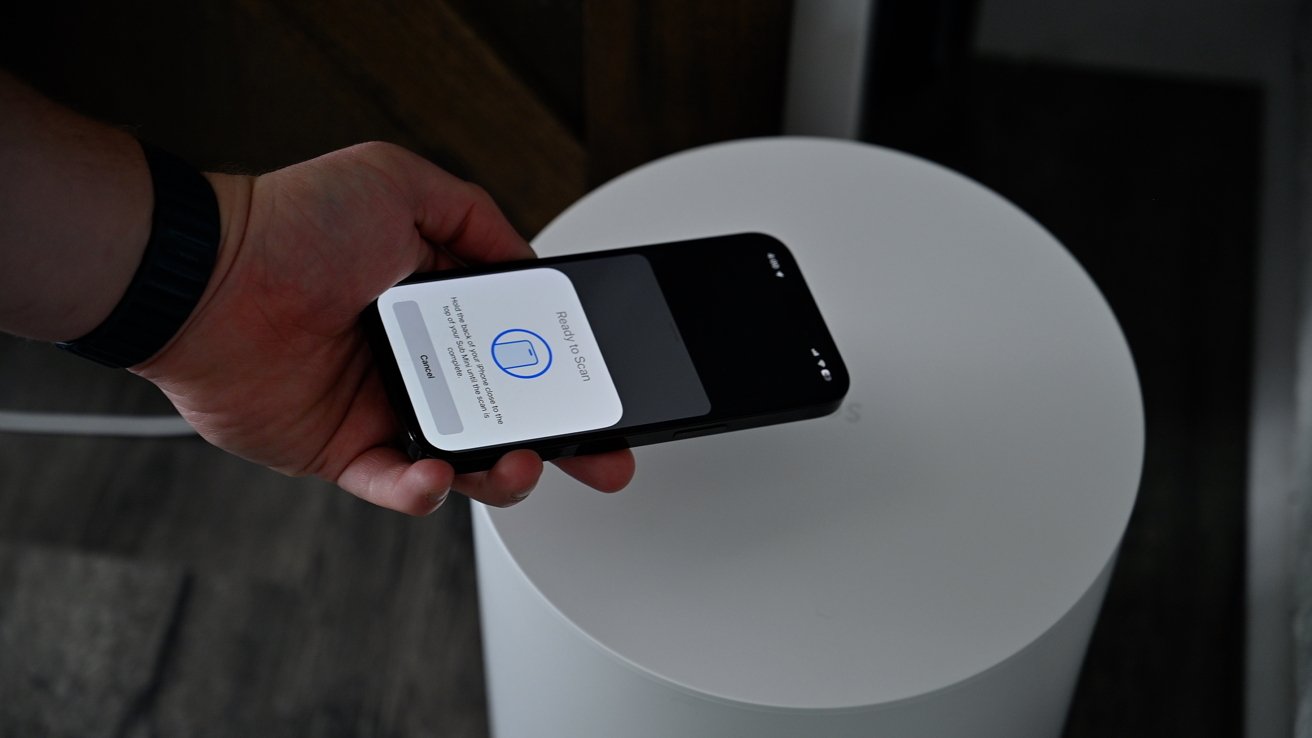 The Sonos app prompted us to bring our phone near the speaker so it could transfer Wi-Fi credentials via NFC. It then asked which soundbar or speaker we wanted to pair with the Sub Mini.

It took just a few minutes, and we were ready to go. Well, almost. There was, of course, a software update needed to run before we could be off to the races. 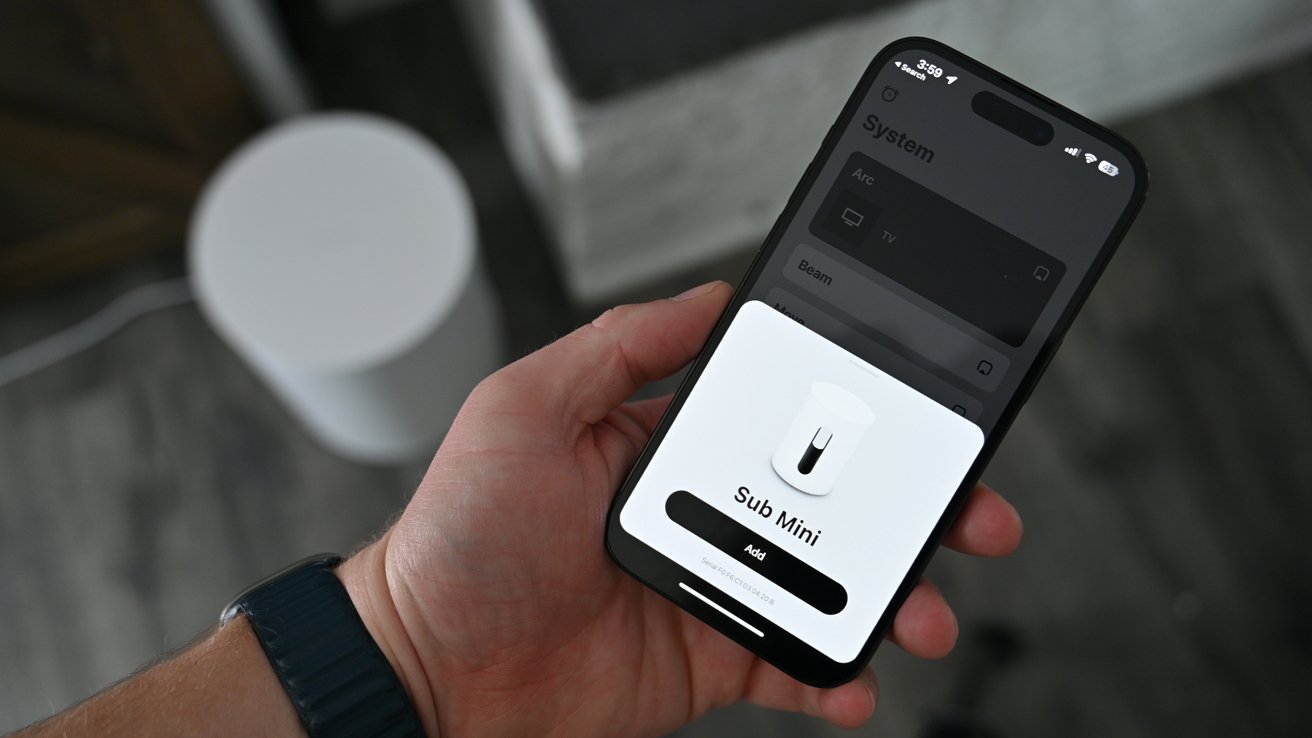 Once we finished the setup, we reran the TruePlay tuning to ensure everything was adequately calibrated for our room. So far, TruePlay tuning is still an iOS exclusive — which is an added benefit for iPhone users.

Putting the Sub Mini to the test

We’ve been testing the Sonos Sub Mini for the past few weeks in three primary categories — movies, games, and music. The extra bass benefits TV too, but movies are much more well known for their scores than the latest episode of Law & Order. 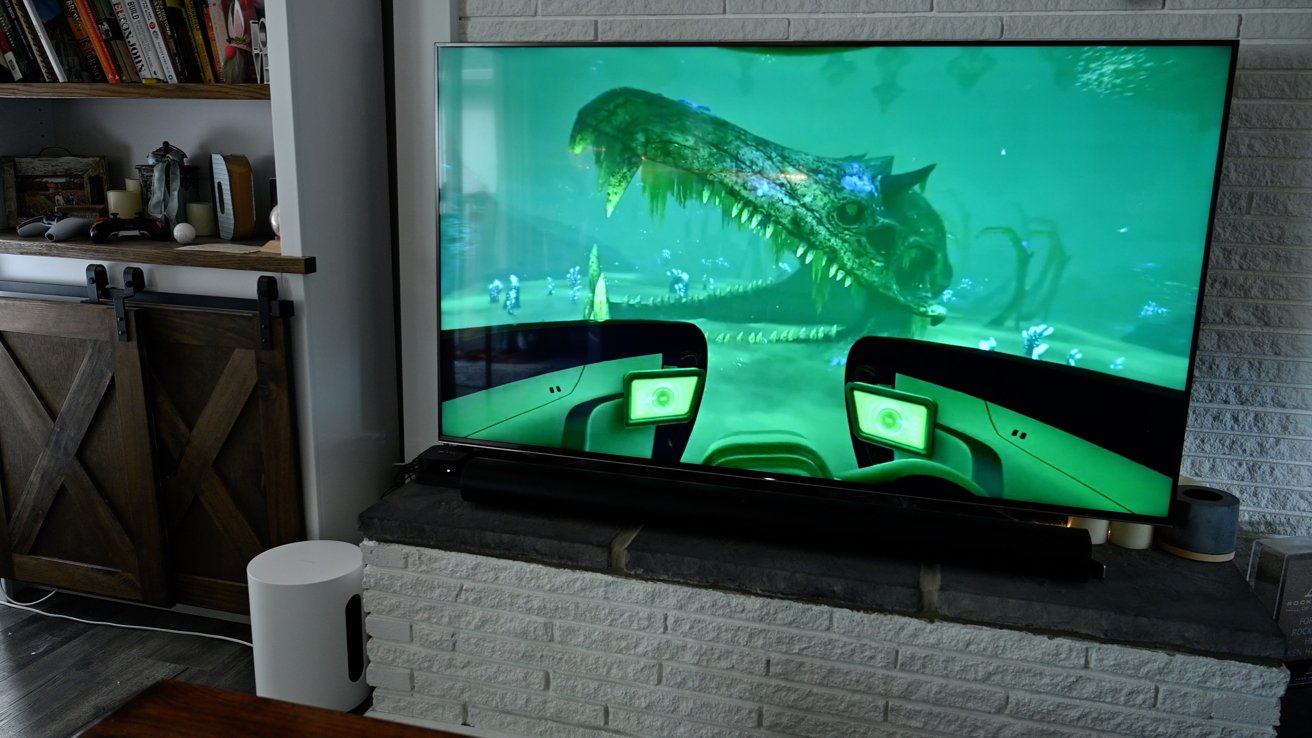 Gaming with the Sonos Sub Mini

For games, we’ve been playing quite a bit of Subnautica on our PS5. It’s a great game that takes place primarily underwater with massive creatures that can emerge from the darkness to attack you.

The Sub Mini pulled us closer to the action by allowing us to quite literally feel when a monster would suddenly grab our submarine without notice. The Arc does a good job without the sub, but music doesn’t resonate in your chest the same way. 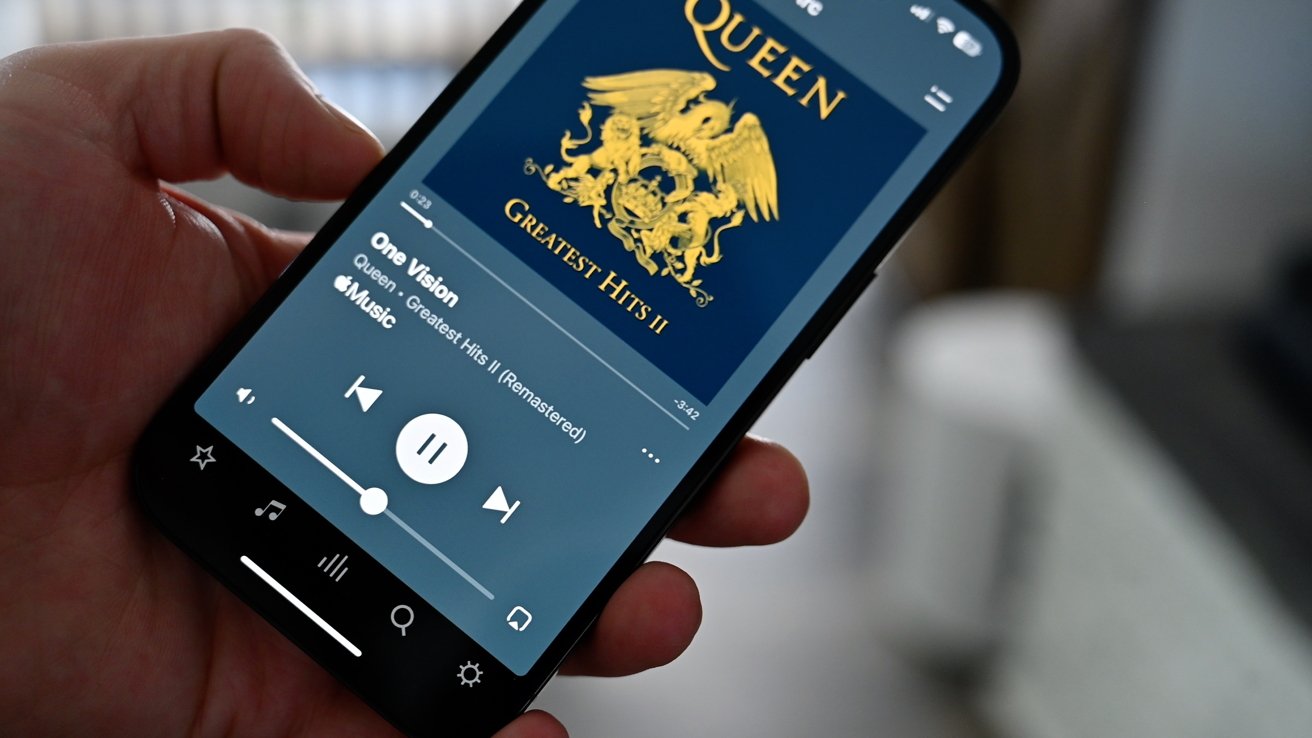 The music was a bit less impressive. Even as we turned up the volume on the Beatles Come Together that has a substantial bass line, it didn’t hit as hard as it did with the game or like the movies.

Movies were the most fun to test and gained the most from the Sub Mini. In our case, we tested this primarily with the Sonos Arc soundbar, but we also tried it with the Beam and Ray.

Sonos advises that the Sub Mini is best used with the Beam and Ray — its mid and low-tier soundbars — and if you use it with the Arc, Sonos says not to max out the volume. This is good advice for any audio system, though. 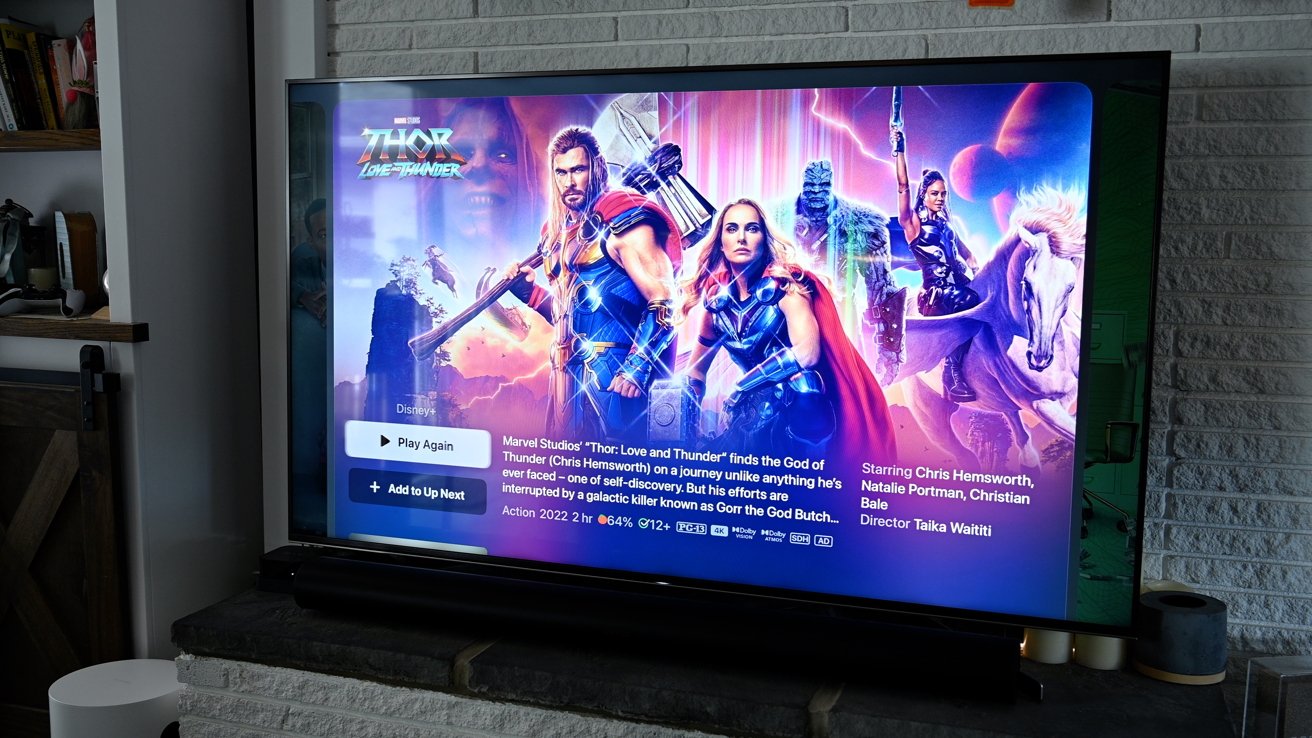 Gearing up to watch Thor on the Sonos Sub Mini

The Sub mini isn’t designed for large rooms, and Sonos is clear about that. And, even if Sonos says the Arc doesn’t benefit as much from the Sub Mini, we noticed a difference instantly. As soon as we turned on the recent Thor: Love and Thunder, the bass was apparent.

We disconnected the sub, and waited for the system to self-correct and move the sub-driven frequencies back to the sound bar. As you’d expect, the audio was notably flatter by comparison.

We don’t doubt the full-sized Sonos Sub sounds better. Most is better than none, though, and we are pleased with the extra oomph the Sub Mini provides without the high price tag.

Should you buy the Sonos Sub Mini?

The Sub Mini is a bit of a weird product. With a price tag of $429, it sits just below the Sonos Beam soundbar and healthily above the Sonos Ray soundbar. Those are priced at $449 and $279, respectively.

If you own the Sonos Ray, it’s hard to recommend you spend nearly twice as much just to add more bass. It’s more palatable when you consider the Beam or Arc, but no one is here to say the Sub Mini is cheap. 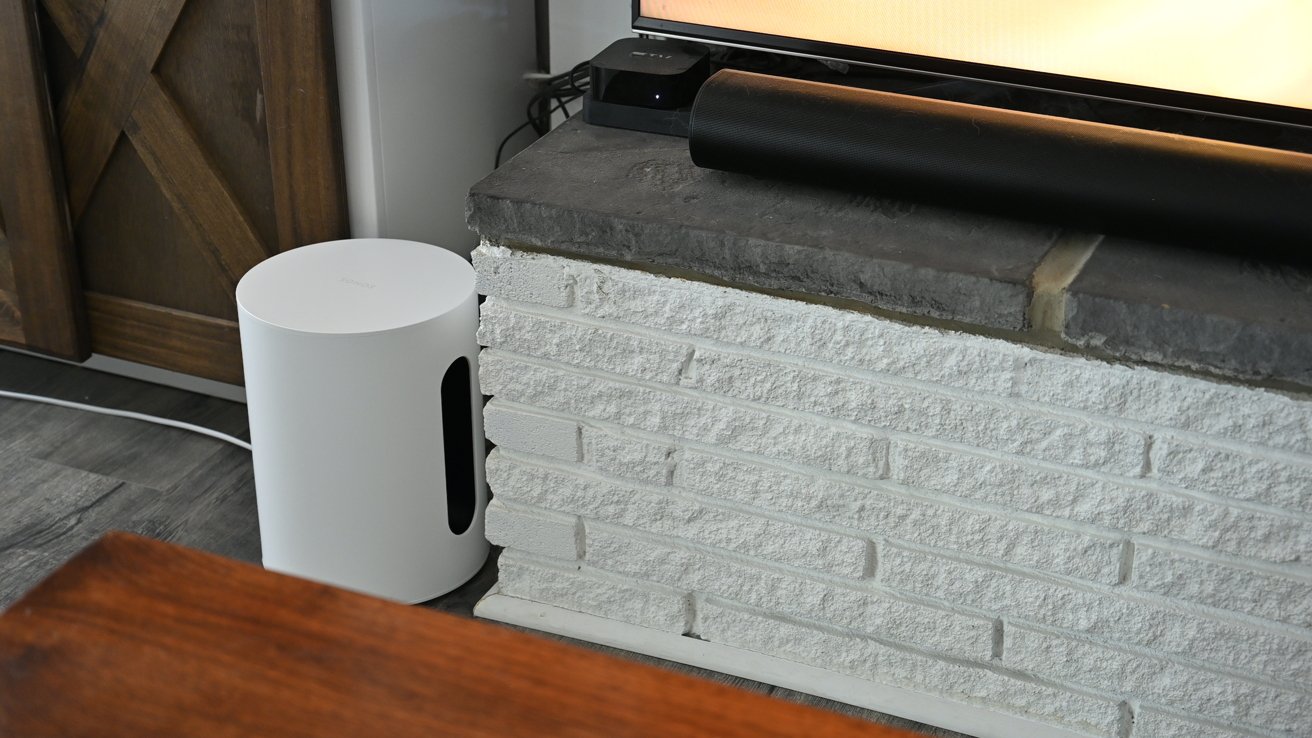 Despite the Sub Mini being labeled by users as a “budget” product, Sonos has retained its typical fit and finish here, as it applies to all its high-end products. It’s well-polished and sounds fantastic for its size.

We happily use this with our Arc, knowing its limitations. If you are looking to boost the performance of your Beam or Arc and don’t want to shell out the $749 for the full-sized sub, the Sub Mini is an excellent — and your only — option.

Where to buy the Sonos Sub Mini