Ukrainian President Volodymyr Zelenskyy charged Russia with deliberately targeting Ukrainians in occupied parts of Ukraine in Moscow’s call-up of more soldiers for its invasion of the country. Zelenskyy said that in Crimea, annexed by Russia in 2014, as well as “other parts of Ukraine, which they so far control,” Russians and separatist loyalists are seeking … Read more

Leaders of the G7 condemned the “sham” Russian referendums being carried out in occupied Ukraine as a “phony” pretext to illegally grab territory. In a statement on Friday evening, the group of the wealthiest nations said that the votes organized by Moscow were in breach of the U.N. Charter and international law and had no … Read more 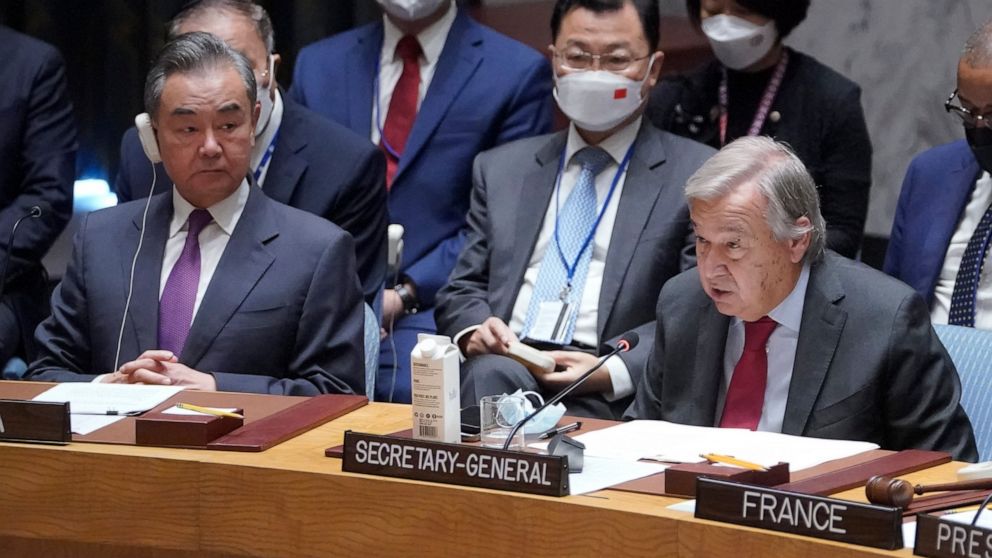 UNITED NATIONS — The United States and its allies plan to ramp up criticism of Russia for its war in Ukraine on Thursday and press other countries to join in their forceful condemnations of the conflict. A day after President Joe Biden assailed Russian leader Vladimir Putin for what he called egregious violations of the … Read more

Press play to listen to this article NEW YORK — As world leaders gather for the U.N. General Assembly in New York, Ukraine’s government hopes to use the event to press its case for a special tribunal to prosecute war crimes. With the war in Ukraine set to dominate proceedings, and new evidence of mass killings … Read more

The foreign minister of the Czech Republic, current holder of the presidency of the Council of the EU, called for a “special international tribunal” after evidence of torture on civilians emerged from a mass burial site in Izyum in northeastern Ukraine. “Russia left behind mass graves of hundreds of shot and tortured people in the … Read more