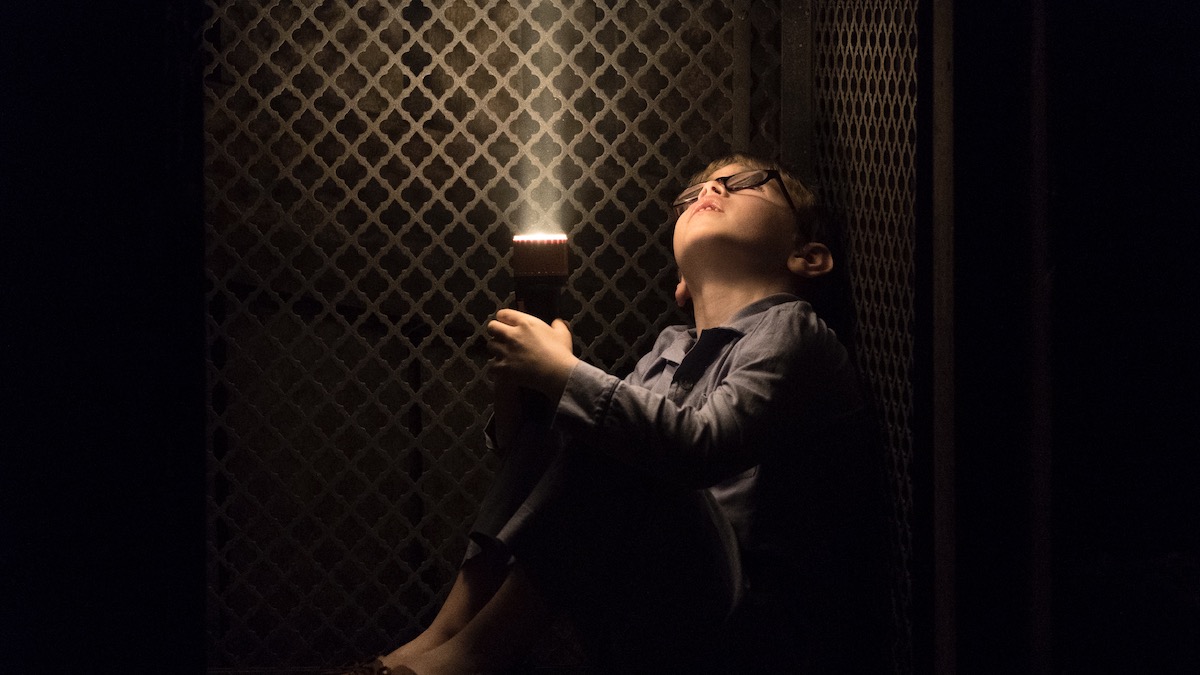 With Halloween approaching, It’s customary to get into the creepy holiday spirit with some scary movies and shows. With that in mind, what are the best horror shows to get you into the spooky season spirit? We’ve put together a list to help you get started.

The best horror shows to stream

Produced by M. Night Shyamalan (who directs several episodes), Servant is among the best shows on Apple TV Plus, and it’s a stunning horror series. When a couple who lost their infant son hires a nanny to look after a facsimile designed to ease grief, no one could predict that the young Jericho would suddenly return, as if back from the dead. Is this really Jericho, or a double? Has nanny Leanne been sent by someone? What are her motives? Don’t miss this underrated gem to find out!

Apple TV Plus has quickly become a major player in the streaming game since its launch in 2019. Its slate of original programming includes shows like Ted Lasso, The Morning Show, Foundation, and For All Mankind as well as movies like The Banker, Greyhound, and Palmer.

The Haunting of Hill House

Mike Flanagan’s first miniseries at Netflix is also among the best horror shows around. Loosely based on Shirley Jackson’s 1959 novel of the same, The Haunting of Hill House tells the story of a family still reeling from tragedy and facing their past in a house they can’t quite escape.

Netflix is still the leading premium streaming service, with over 200 million worldwide subscribers. It offers thousands of movies and TV shows to binge watch, including its always growing list of original films and series, including Stranger Things, The Witcher, Bridgerton, and many more.

Queer for Fear: The History of Queer Horror

Add some non-fiction to your horror show watchlist with this new Shudder docuseries. The genre of horror has a long, complex, and fascinating history of queer representation both in front of and behind the camera. This series features interviews and insights into some of the biggest horror titles of all time and how they were shaped by queer storytellers and featured all kinds of queer representation.

Time to scream with this horror streaming service

Horror movie fans will find a lot to watch with the Shudder streaming service. It serves up a collection of classic and contemporary horror movies to chill you to your core.

One of the best shows currently airing, season one of Showtime’s Yellowjackets is a perfect binge-watch for the spooky season, ahead of its upcoming second season. The series follows a girls soccer team that crash lands in the wilderness in the 90s. As they struggle to survive, we flash forward to the present days, where some of the girls have survived but are haunted by their past choices. Where are the other survivors, and what did those we see have to do to make it out?

Showtime offers up great movies and some of the best and most innovative original TV shows, and you can get all of that for a low monthly price.

Mike Flanagan returns with one of his best Netflix projects to date with Midnight Mass. A small island town finds itself re-energized by the arrival of a mysterious new priest. But something unnatural seems to be happening too, and the priest my signal the arrival of dangerous forces.

Everyone’s favorite killer doll is back in the Chucky series. Picking up after the events of Cult of Chucky, the series sees Chucky back in action in his hometown of Hackensack, New Jersey. When a teen boy comes across him at a yard sale, Chucky finds his opportunity to regain some power. Bringing together a host of familiar characters from the past, Chucky also offers a fresh new queer coming-of-age story, making it a perfect jumping on point for old fans and new viewers alike.

NBCUniversal’s Peacock streaming service offers a lot of great movies and TV shows to stream on demand, along with live news and sports. Best of all, you can watch lots of its content for free, or watch all of it with a paid subscription starting at just $4.99 a month.

An aspiring filmmaker in the 1990s moves to LA searching for her big break in this Netflix original horror miniseries. After an unsuccessful encounter with a crooked producer, she finds herself pulled into a bizarre, hallucinatory world of magic, drugs, and revenge.

This reboot/sequel series returns to Milwood 20 years after the town was rocked by tragedy. A new group of teens now has to face the wrath of an unknown assailant. The new batch of “Little Liars” has to think fast to keep their parents’ secrets from coming to light, and to stay alive.

HBO Max is your home for Warner Bros-made movies and TV shows like The Lord of the Rings, the DC Comics superheroes, and more. It’s also the home for new and original movies and shows available nowhere else.

What We Do in the Shadows

This FX series based on the 2014 mockumentary directed by Taika Waititi is among the funniest shows on Hulu, offering up a comedy-infused horror show to add to your Halloween watchlist. The series follows a group of vampires living together on Staten Island who share their hilariously macabre story with a camera crew as they seek power, influence, and the blood of virgins.

Hulu offers not only thousands of movies and TV shows to stream, it also has original shows and films like The Handmaid’s Tale. You can upgrade to Hulu Plus Live TV to get live channels, including your local stations.

I Know What You Did Last Summer

Based on the 1997 film and earlier novel of the same name, Prime Video’s I Know What You Did Last Summer was cancelled after its first season. It’s a shame, because the show offered a clever update of the horror classic, and it’s one of the best horror shows to check out this Halloween season. A group of teens accidentally strike and kill a pedestrian one fateful night, covering up the crime and going back to their lives. The following year, they’re visited by a mysterious figure who knows what they did and wants to get even.

Amazon Prime Video offers access to thousands of movies and TV shows to stream. That includes great original shows and movies like The Boys and The Tomorrow War. You can also sign up for other premium services within Amazon Prime Video.

This Netflix original miniseries based on the hit podcast of the same name made a big splash when it premiered earlier this year. When an archivist accepts a mysterious job restoring old video, he gets pulled into a years-old mystery of a missing documentary filmmaker and a demonic cult that may know what happened to her.

Those are just a few of our favorite horror shows you can stream this Halloween.

What are your favorites? Let us know in the comments or on social media!